9 Rarest Items in World of Warcraft

World of Warcraft or WoW is one of the most popular video games, with over 4.8 million players worldwide. Since its creation by American video game developer Blizzard Entertainment in 2004, WoW has had eight major expansion packs and many different quests and challenges.

The game allows players to create a character avatar and explore the world of Azeroth. Along with fighting monsters, interacting with other players, and exploring the landscape, the players can also collect items to help them complete the quests.

Some items are used for fights, and others are wearable, but all of them bring more power and strength to the players upon producing or obtaining.

This list covers some of the most sought-after and rarest items in the World of Warcraft! 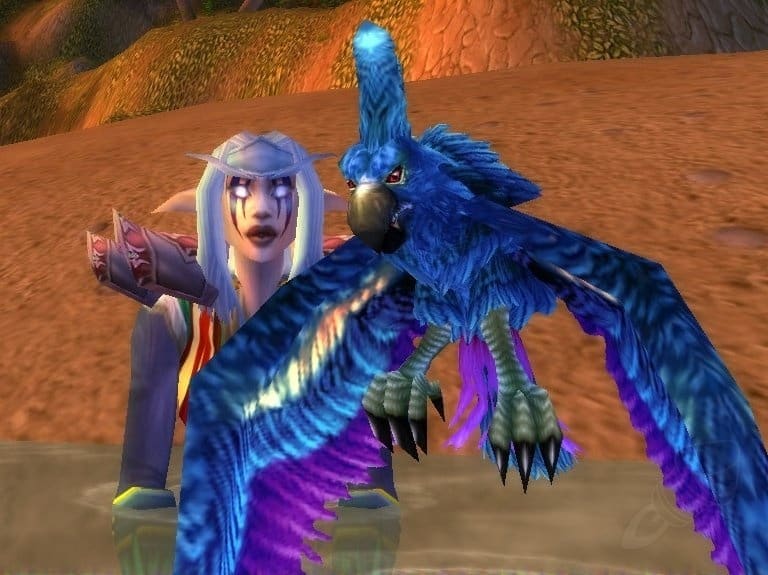 Hyacinth Macaw is the ultimate status symbol for any avid collector of the World of Warcraft game. The Parrot Cage is an ability that teaches you how to summon and dismiss a Hyacinth Macaw, one of the rarest companions in the game, with a drop rate of 0.05%.

This item drops from Bloodsail pirates in the Strangletorn Vale regions, but it takes a lot of patience to get it. Hyacinth Macaw can cost more than 125 gold coins in Auction Houses, but it’s an auction rarity. As the players have explained, this blue parrot doesn’t do much.

This “parrot style” pet is an Epic Rarity of pets in the game, but it used to be listed as lower quality or Uncommon Rarity. Hyacinth macaw parrot is native to central and eastern South America. It is among the vulnerable species on the IUCN Red List of Threatened Species. 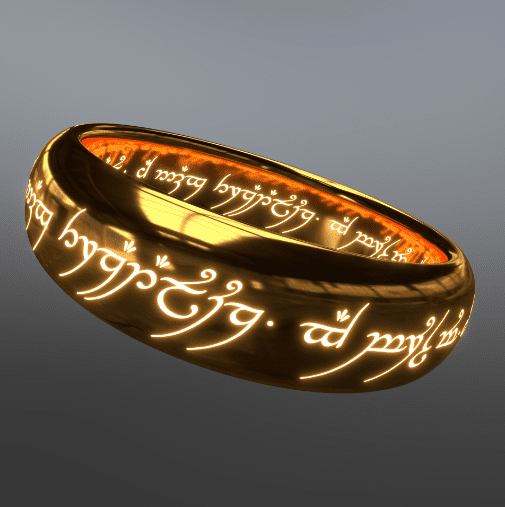 For all The Lord of the Rings fans, The 1 (One) Ring is a must-have in the World of Warcraft. This item has a low chance of dropping since the players must go and fish for it in low-level fishing areas, such as canals in Stormwind and the ponds of Orgrimmar.

This Ring refers to the discovery of the One Ring by the hobbits Déagol and Sméagol in Tolkien’s Lord of the Rings franchise. The Ring doesn’t have speed since it’s only a wearable item, but it can bring Stamina, Intellect, Spirit, and Agility to the player who finds it.

“Not quite as good as the 2 Ring” is a quote from the game, referring to the upgrade of the One Ring. The 2 (Two) Ring is available on level 70, with a harder chance of obtaining it. The Ring brings up to 22 in Strength, Stamina, Spirit, and Intellect. 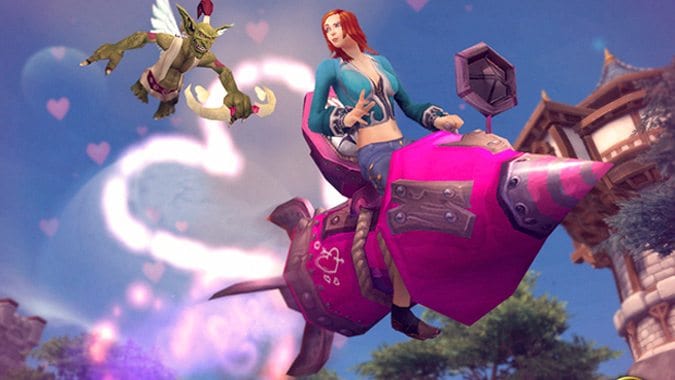 The Big Love Rocket, also known as X-45 Heartbreaker, is a popular mount that isn’t available anymore. The item was obtainable only as an extremely rare drop during the “Love is in the Air” event usually happening during Valentine’s Day.

The elusive, pink rocket was a must-have for the players, but the chance of ever dropping again is unknown. The players had to be level 110 or higher to acquire the rocket from the Heart-Shaped Box. You can get this box after finishing the event’s challenges.

Love is in the Air is a seasonal event that started in 2006. The players are invited to “share candy, perfume, and gifts with guards and other players” in the major cities of Azeroth. Besides the rocket, the players have different gifts and items they can choose from each year. 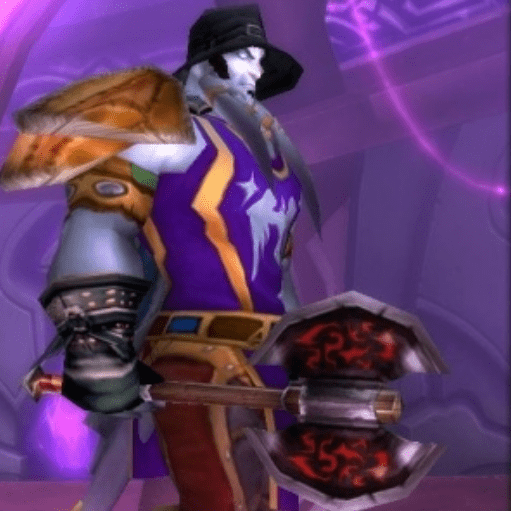 The Pendulum of Doom is a two-hand ax that causes up to 351 damage per second when used. With a drop rate of 0.03%, this item was the rarest item to find in the game until recently. The Pendulum of Doom drops from mobs in the Uldaman dungeon from Stonevault Flameweavers and Brawlers.

Uldaman dungeon is a massive vault created by titan keepers, containing many artifacts. The speed of this Pendulum is slow, but it can cause significant damage to the opponent.

The selling price for the Pendulum of Doom is 72 silver coins and 56 copper coins.

One WoW player spent four years playing the game to find the Pendulum of Doom. The Reddit user P0R0WL started his quest in the game’s retail version, making 2,000 different runs of Uldaman dungeon with zero drops. He finally succeeded when the Classic version came out. 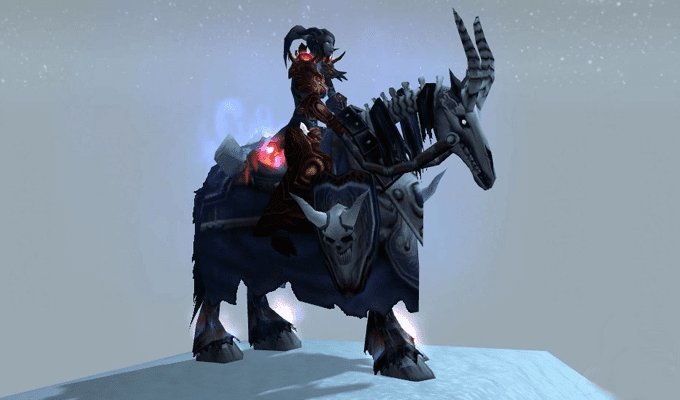 Deathcharger’s Reins is another rare item on this list, with a drop rate of 0.02%. The item drops from the final boss in Stratholme, a powerful death knight Baron Rivendare. The Reins are for his skeletal warhorse Deathcharger who wears them and adds 100% speed to the player.

The mount doesn’t have any speed, but it’s a unique item requiring level 40 in the game. It is expensive to buy the Reins, but you can sell them for two gold and 50 silver coins. The Reins can appear on the Black Market Auction House for 20,000 golden coins.

The Black Market Auction House is what the name says – a black market for items that aren’t typically sold in other auction houses. The Black Market is run by Madam Goya, a Pandaren that now lives at Backwater Beach in Zuldazar. 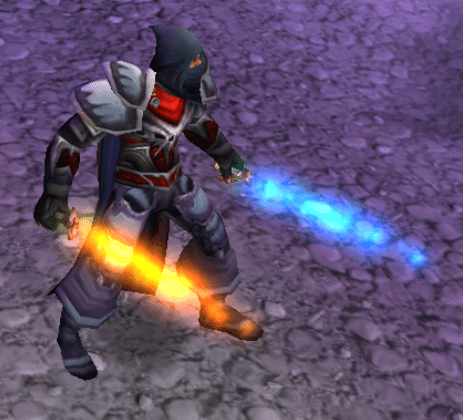 Teebu’s Blazing Longsword is a one-handed sword with a low speed but significant fire damage. This item drops from Core Hounds in the Molten Core raid dungeon located within Blackrock Mountain.

This dungeon is home to Ragnaros the Firelord, one of the game’s most powerful lords of fire.

This Longsword requires level 60 for players to get it, and even with this, it’s extremely rare to find it, with a drop chance of 0.02%. Players can win this item if they pick Mage, Paladin, Rogue, and Warlock specializations or different abilities and strengths of the player.

Molten Core is one of the original World of Warcraft raids, but players must form a team of 10 to 40 people to complete it. Core has been in the game since 2004. – It is still a difficult challenge to complete. Lucifron, Magmadar, and Gehennas are some of the Core bosses. 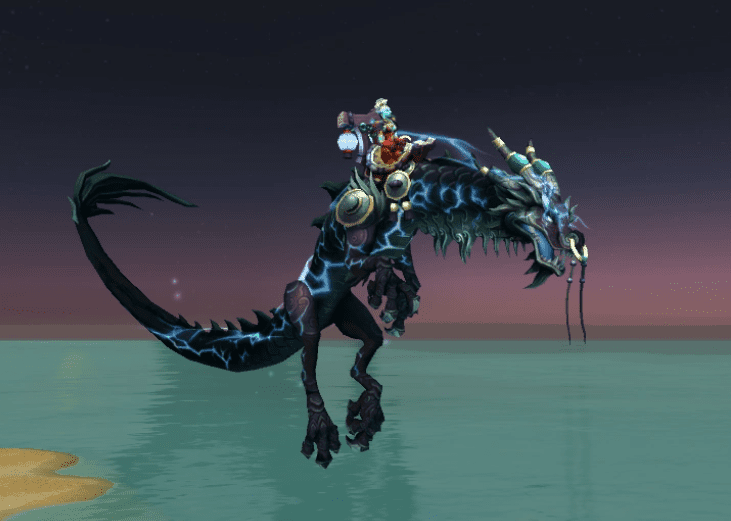 Another rare item on our list is the Heavenly Onyx Cloud Serpent, with a drop rate of 0.01%. The item is achievable, but the players need a lot of work and effort to find it. The players must fly out to Pandaria and fight the boss of the continent, Sha of Anger. The item is available on the Black Market too.

The number of attempts to kill the boss and find the Serpent is unknown, but some say it’s around 3,000 attempts on average.

The Serpent is a flying, translucent mount, and the reins to control it are the same rarity.

Sha of Anger is one of the seven prime Sha—a physical manifestation of negative emotions—and a boss in Kun-Lai Summit. It takes up to 85 players in a raid to take him down, as his principal abilities are Seethe and Endless Rage. 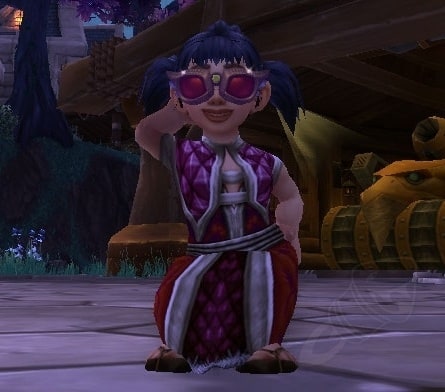 These Rhinestone Sunglasses can be found in the Blingtron 4,000 Gift Package, a quest reward for completing daily quests. If you don’t have the time to check Blingtron often, the starting price point for these glasses is 500,000 gold on Madam Goya’s Black Market.

There’s another way to get them without any of the options mentioned. The drop rate is higher if you’re an engineer with 75 points in Pandaria Engineering, where you can summon the item smoothly. In conclusion, this item is one of the rarest with an unexpected drop. 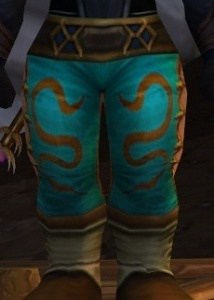 The Spellshock Leggings are the rarest item in the World of Warcraft, with a drop chance of 0.01%. The cloth gains +13 Intellect, Stamina, and Critical Strike upon wearing and can cost one gold, 79 silver, and 29 copper coins to sell. The average price at the Auction House is 30,000 gold.

The leggings are turquoise, with a golden design along the legs and openings on the hips. The item drops from Sandarr Dunereaver, the elite sand troll in Zul’Farrak troll city. There aren’t many gains since this is not a weapon, but leggings could be helpful to spell casters.

The Spellshock leggings are the same model as Arachnidian Legguards, Venomshroud Leggings, and Hibernal Pants.

One can play the World of Warcraft without any unique collectibles, but the game is more fun if you try to defeat the big bosses and gain valuable rewards using or wearing rare items.

Items are collectible through different professions and skills that a character can learn along the way. Hence, it’s interesting to see what one can pick up after completing the quests and challenges.

World of Warcraft has had 18 years to build its collection of valuable items, so whatever you wish to find, good luck on your pursuit!

8 Most Expensive Houses Currently on the Market in Oregon