10 Rarest Pokémon in Sword and Shield

The Pokémon series has been around since 1995 and each new game is always highly anticipated. The current game series is Pokémon Sword and Shield and this list features some of the rarest Pokémon in both games. All of the Pokémon on this list have extremely low spawn rates and can typically be found in a singular location. Obtaining these rare Pokémon can be difficult and time consuming, but is ultimately worth it as they are some of the strongest Pokémon in Sword and Shield.

Please note that legendaries were left off this list because they are inherently rare. 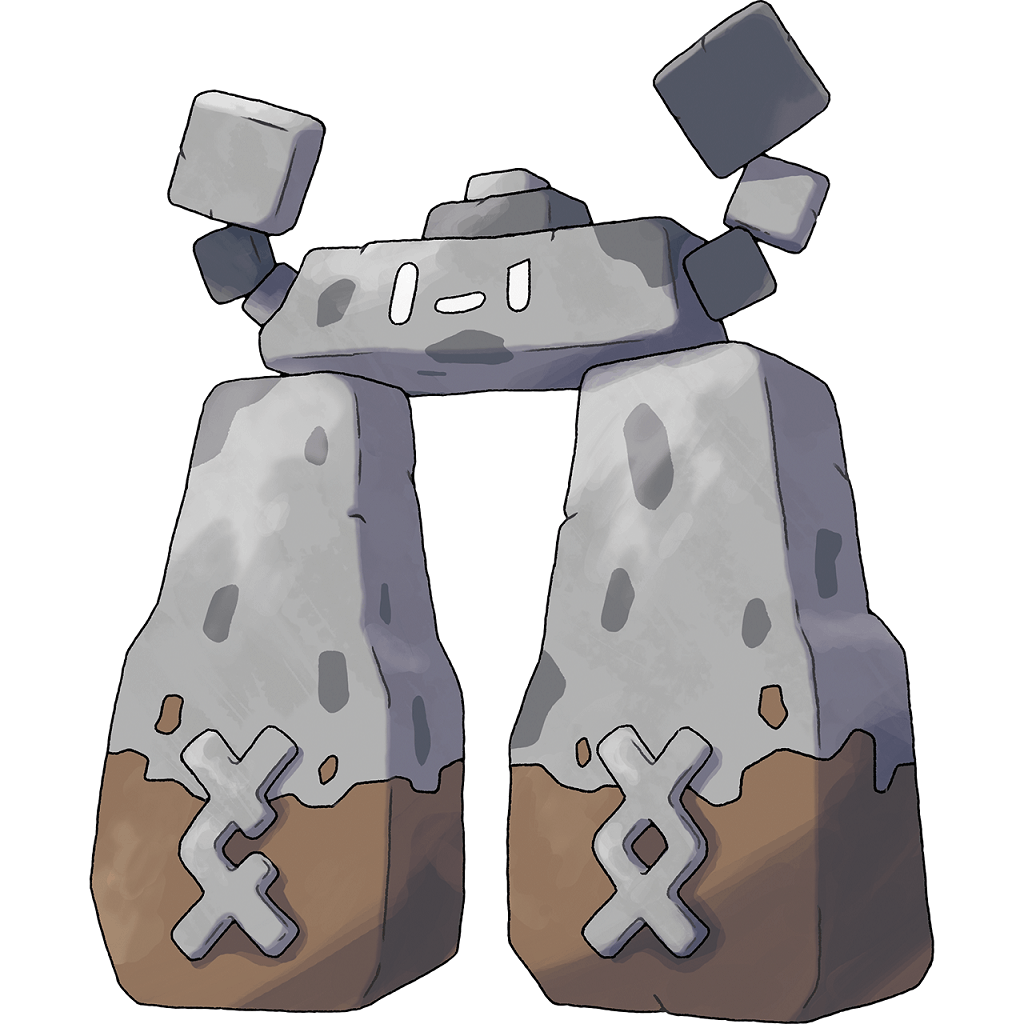 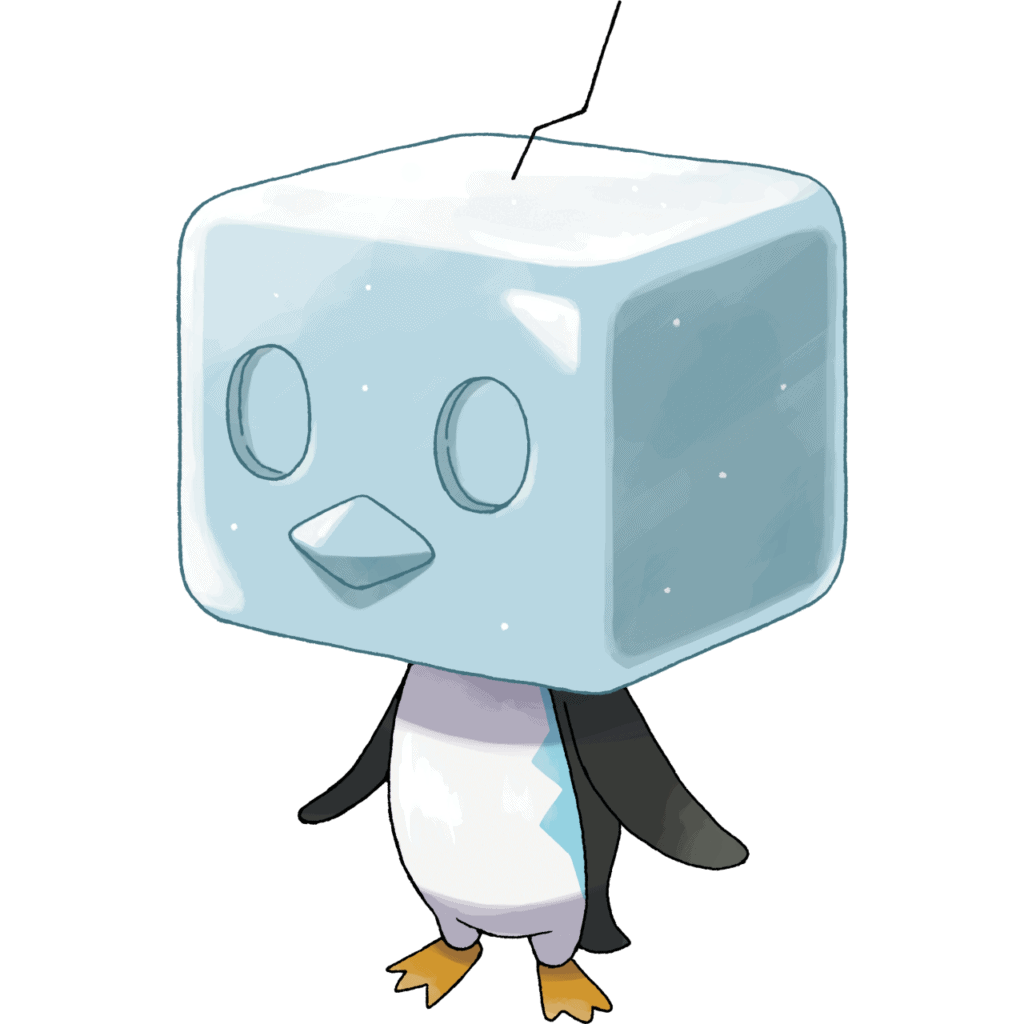 Eiscue is an incredibly cute Ice-type Pokémon that features a penguin with an ice cube for its head. Because of its cuteness, Eiscue is highly sought after, but unfortunately it is a Pokémon Shield exclusive. Not only is it it restricted to one game, but Eiscue is also difficult to find. Eiscue has a 2% spawn chance on Route 10. Depending on the weather, snow or a full on snowstorm, Eiscue has a 2% or 5% chance to appear at the Lake of Outrage. The only way for Pokémon Sword owners to get their hands on Eiscue is through a trade.

Trapinch is one of a few Pokémon in the Sword and Shield games that has different spawn rates in each version of the game. For players with Pokémon Sword, Trapinch only appears on Route 6 with a 1% encounter rate, while there is a 5% chance in Pokémon Shield. Additionally, Trapinch appears during a sandstorm in Hammerlocke Hills in Shield with a 2% capture rate.

Trapinch and its evolved forms are the only Pokémon that are in the Bug and Dragon Egg Groups. 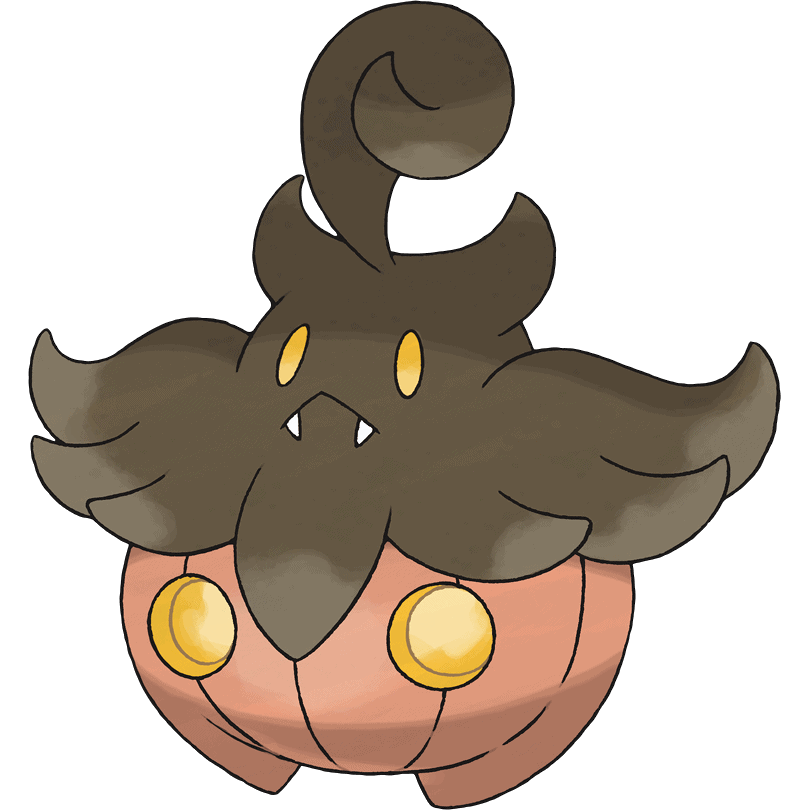 Super Size Pumpkaboo has a lower pitched cry than the other three sizes.

Sizzlipede is another new Pokémon introduced in Pokémon Sword and Shield. This Fire/Bug type Pokémon is one of the earliest rare Pokémon that players encounter in Sword and Shield. Sizzlipede can only be found on Route 3 and has a spawn chance of 1%. If a player has a hard time catching a wild Sizzlipede, they do have a chance during Kubo’s gym trial. But if the player can’t catch it at Kubo’s, its back to searching around Route 3 for hours.

There are unconfirmed rumors that Sizzlipede’s (and other Fire-types) wild encounter rate can be increased if the player has Pokémon with the Flash Fire ability at the head of the party. 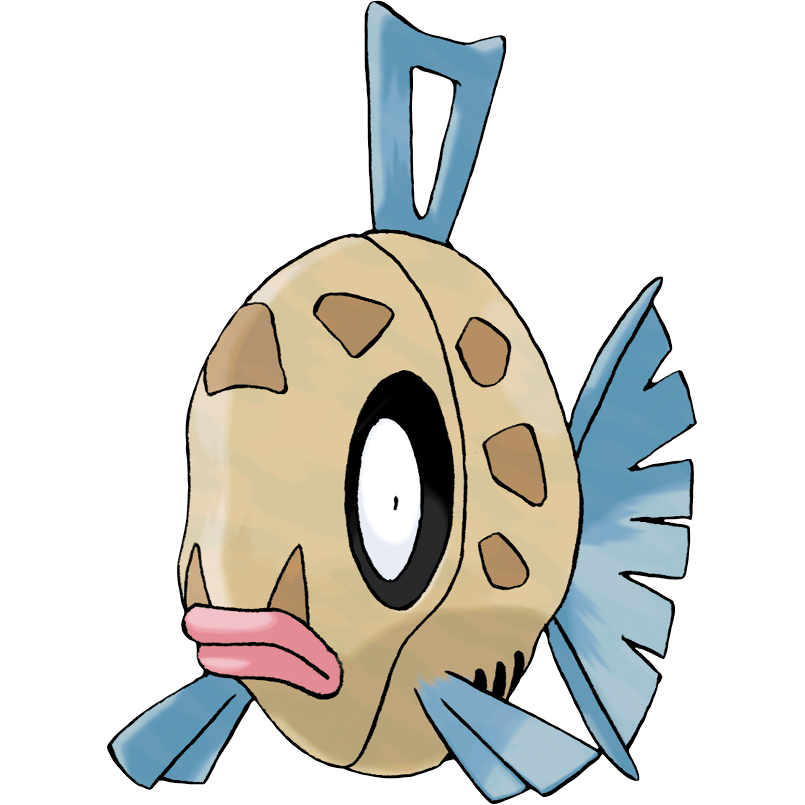 
Feebas is often called one of the ugliest Pokémon ever, but this doesn’t stop it from being one of the most sought after Pokémon in any of the games it appears in and Pokémon Sword and Shield is no exception. Over the years, Feebas has gained a reputation for being a rare/hard to catch Pokémon. In Sword and Shield, Feebas has a spawn rate of 1% in the fishing spots near Professor Magnolia’s house. Despite how difficult Feebas is to catch, players often seek it out because of its evolution, Milotic, which is a powerful Pokémon that can’t be caught in the wild.

Feebas is the first and only Pokémon so far to change its method of evolution from one generation to another. 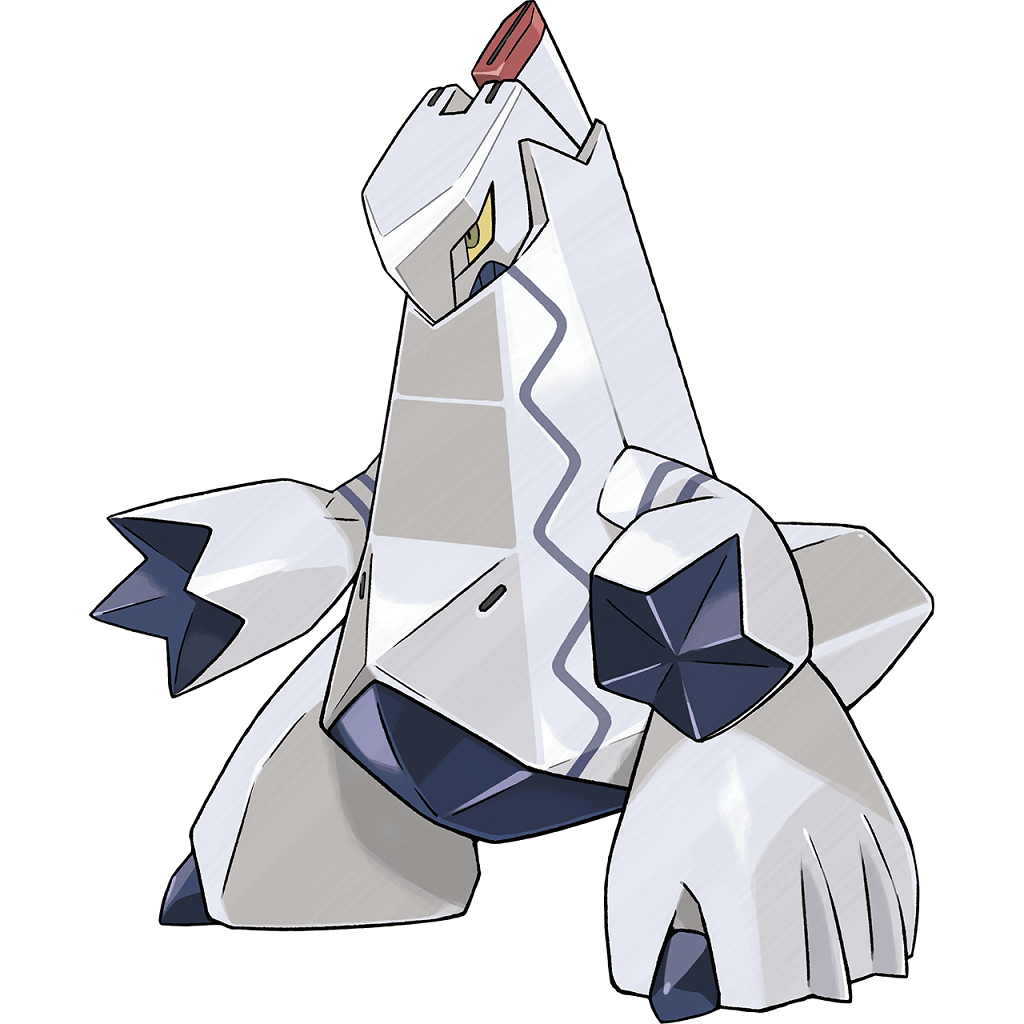 Besides the legendary Dialga, Duraludon is the only other Dragon/Steel type Pokémon in the entire series. So it makes sense for Duraludon to be a rare find in Pokémon Sword and Shield. Duraludon can only be seen after the player becomes the champion in the Giant’s Seat. After achieving this, Duraludon has a spawn rate of 1% on Route 10 and 2% at the Lake of Outrage during a snowstorm. Currently Duraludon doesn’t have an evolved form, but it does have a Gigantamax form in Sword and Shield.

Duraludon is the first Pokémon that can have either Light Metal or Heavy Metal as an ability. 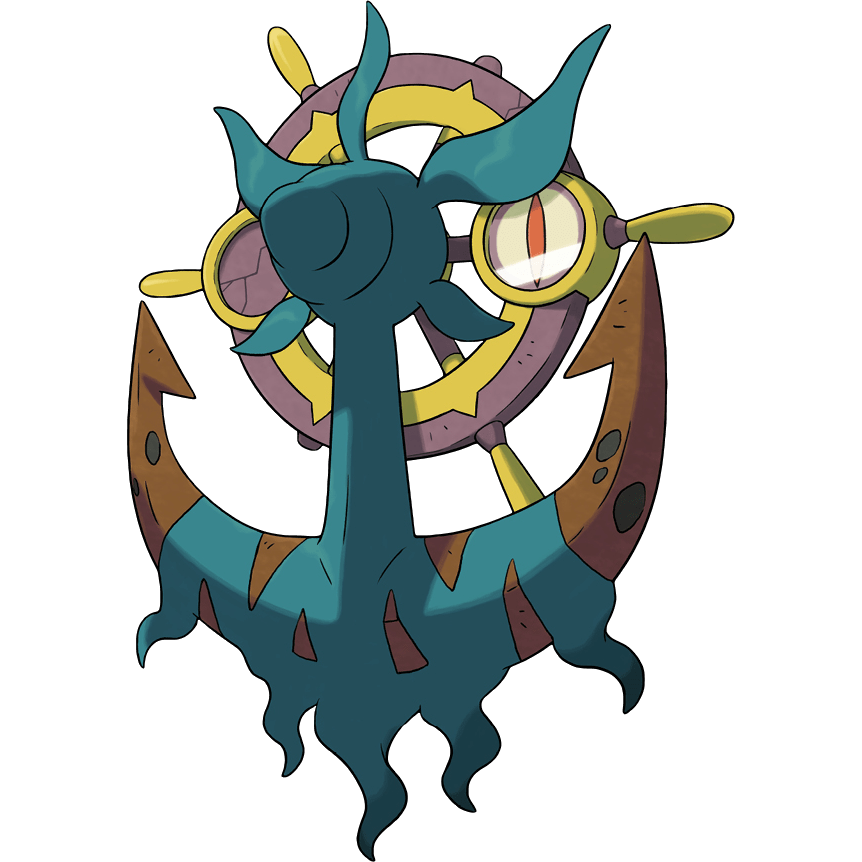 Dhelmise first appeared in Pokémon Sun and Moon and appears again as a rare Pokémon in Sword and Shield. Wild Dhelmise only have a 1% chance of spawning on Route 9 near Circhester Bay and Outer Spikemuth. Thankfully, Dhelmise’s appearance isn’t tied to any specific weather conditions. Players can also obtain Dhelmise from Max Raid Battles in Bridge Field, Dappled Grove, Stony Wilderness, and Giant’s Mirror, but these are incredibly hard battles to win.

Dhelmise can’t learn any one-hit knockout moves, but is supposedly able to K.O. Wailord in one hit.

Sinistea is another new Pokémon introduced in Pokémon Sword and Shield. While Sinistea is technically easy to catch with a rate of 10%, its Antique form is rare. 99% of Sinisteas that spawn are Phony, while only 1% are Antique and have a tag of authenticity on the bottom of the cup. Despite there being two different forms, there really isn’t a stat difference between Antique Sinistea and Phony Sinistea, except in what they need to evolve. A Phony Sinistea will only evolve into Polteageist with a Cracked Pot item, while an Antique Sinistea requires a Chipped Pot.

Although it appears purple, the tea inside of Sinistea is black tea. 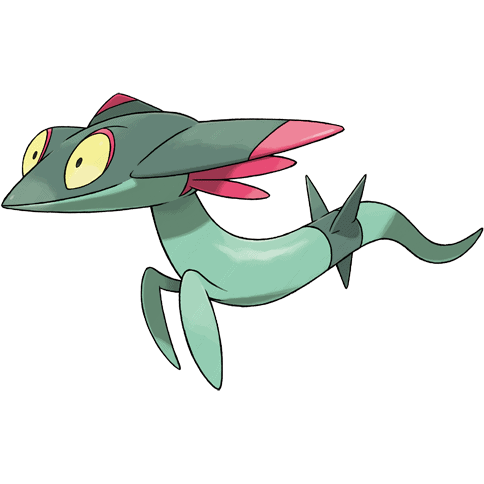 
Dreepy is probably the rarest Pokémon in Pokémon Sword and Shield because it only spawns in a single place under certain weather conditions. This new generation pseudo-legendary dragon is only found in the Lake of Outrage during overcast, heavy fog, or thunderstorm weather. Even if these weather conditions are met, Dreepy’s spawn rate is only 1% – 2%, making it a an elusive catch. However, Dreepy is worth the extra trouble as it evolves into one of the strongest Pokémon in Sword and Shield.

Dreepy is the first and only Dragon-type that is also a Ghost.

11 Rarest and Most Expensive Funko Pop Figures Ever