The Nintendo DS, as well as its updated model, the DS Lite, and its sequel, the 3DS, can all play its underappreciated library of extensive games. The DS was truly the moment that 3D-capable gaming could be placed on a handheld and enjoyed as much as its early console counterparts.

With dual-screen functionality, a touchscreen, and a working microphone, the DS sported a ton of unique gaming experiences. Many of these were first-party titles that flew of the shelves. Others were more unknown. For the rarest collectibles, limited editions, imports, and hidden gems on the DS, continue reading for our list of the 8 rarest games on the system. 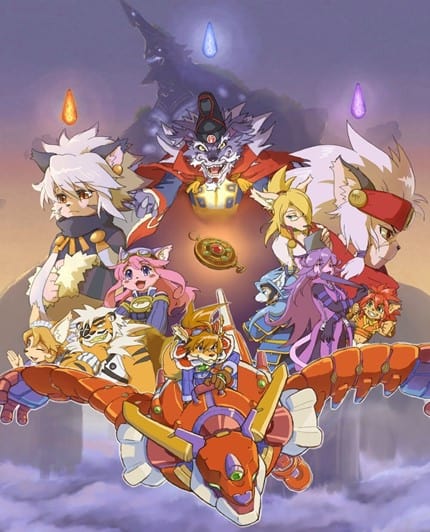 JRPGs are known for their rarity. The genre simply doesn’t have the same traction in the states as it does in Japan, which makes games in it more difficult to publish and produce. In a few years, almost any commercially released RPG that isn’t Final Fantasy becomes some sort of hidden gem. It’s no exception with the outrageously titled, Solatorobo: Red the Hunter.

Stylistically, the game has a lot in common with Final Fantasy XII – it has that medieval steampunk that Square likes so much. However, the combat has more in common with vehicular action RPGs. The cast is full of cuddly humanoid animals. The not-so-cuddly price is about $160 on eBay.

The tactical role-playing mecha games called Super Robot Wars have been going on in Japan since 1991, combining Mobile Suit Gundam and a dozen other things into one series. The character designer for that series, Yoshitake Taniguchi, also designed the characters for Solatorobo. 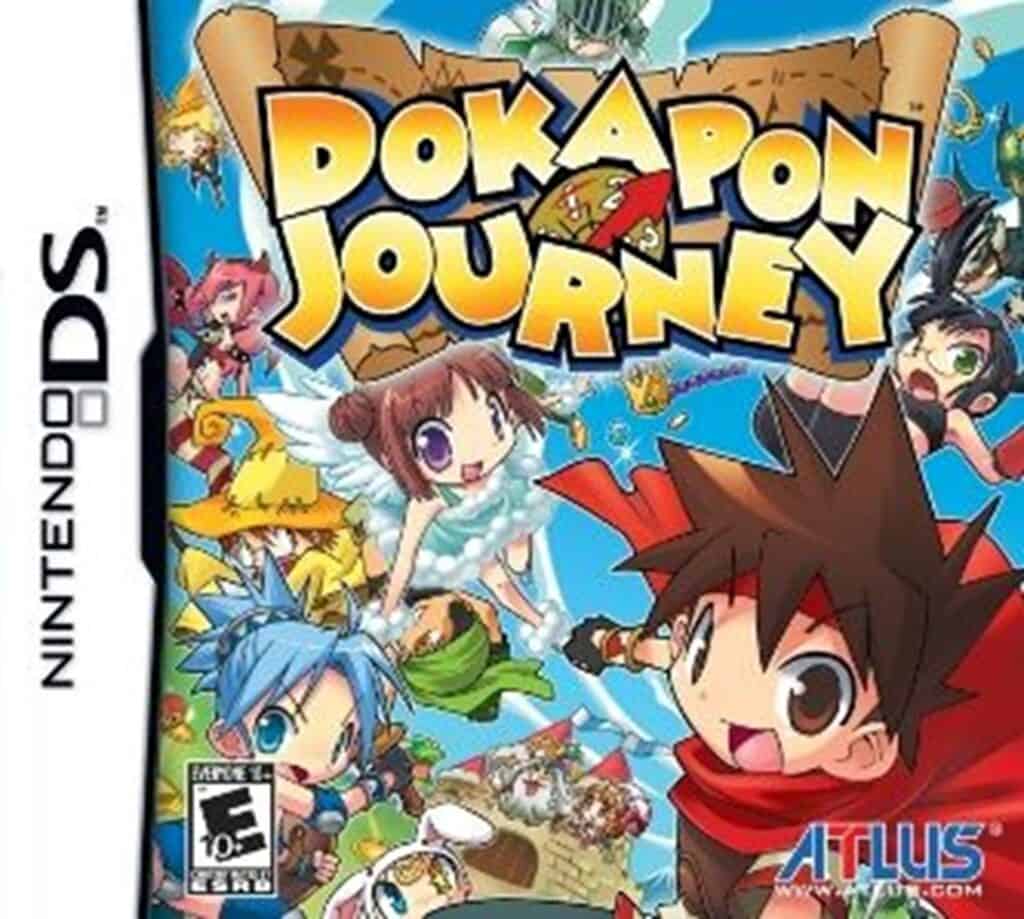 Dokapon Journey is a genre-bending DS game that plays like a combination of a tactical RPG and a board game. Basically, moving along a map that could be Mario Party with just a few tweaks, you fight in team-based RPG battles rather than mini-games. You level up, collect items, and even make story-specific choices.

The DS was perfect for genre mashups like this because of its technology’s versatility. The Dokapon series is a natural fit for it, but like so many odd little games, especially when they’re low budget like this one, they aren’t fully localized outside of Japan. Atlus, famous for importing Japanese hidden gems, brought this to the states in limited quantities, which is why it auctions online for almost $200.

The Dokapon series is actually a strong seller in Japan, with several entries. Those who played Dokapon Kingdom on PS2 or Wii, the first of the series to make it to the states, may have been looking forward to Dokapon Journey. Hopefully, they grabbed it when it was normal-priced. 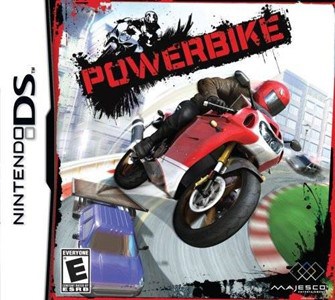 Powerbike takes inspiration from the NES classic, Excitebike, to create a portable motocross tournament racing experience. There’s no story mode but there are multiple tracks and vehicles. Here’s the thing though – the game has a generic title, generic box art, generic music, and generic 3D racing gameplay, all of which contributed to it underperforming in stores. In this case, this has made the game pretty rare.

At the time, Powerbike sat on store shelves, got discounted, and disappeared. Now, even if people don’t necessarily want to play it, owning one complete in-box can cost over $200.

Powerbike came out in Europe first, then a year later in North America. The limited North American release commands high prices on eBay. The original European cart may differ. 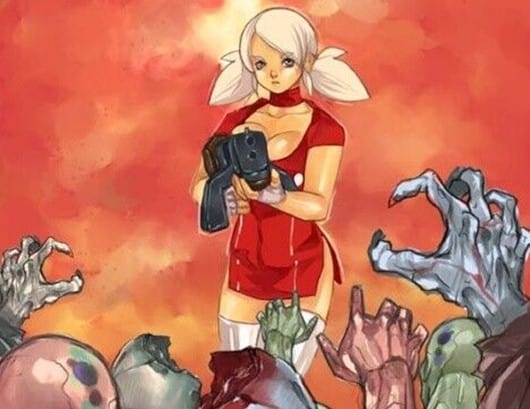 Winning the award for the most amazingly nonsensical DS game title of all time, Little Red Riding Hood’s Zombie BBQ is a rail shooter. Playing as a busty, muscle-bound Red in a crimson jumpsuit and machine gun, you jet around on rails and shoot zombies. It’s a top-scrolling game with both 2D and 3D sprites.

The game is worth $240 now for two reasons: in 2008, it undersold its competition, and in Europe, it was released only as DSiWare. Then, in 2010, it was also released as downloadable DSiWare in America, making the demand for physical copies even stronger.

To promote Little Red Riding Hood’s Zombie BBQ, the developer held a dress-up contest through Destructoid. The prizes were copies of the game and signed posters. Who knows how much those are worth. 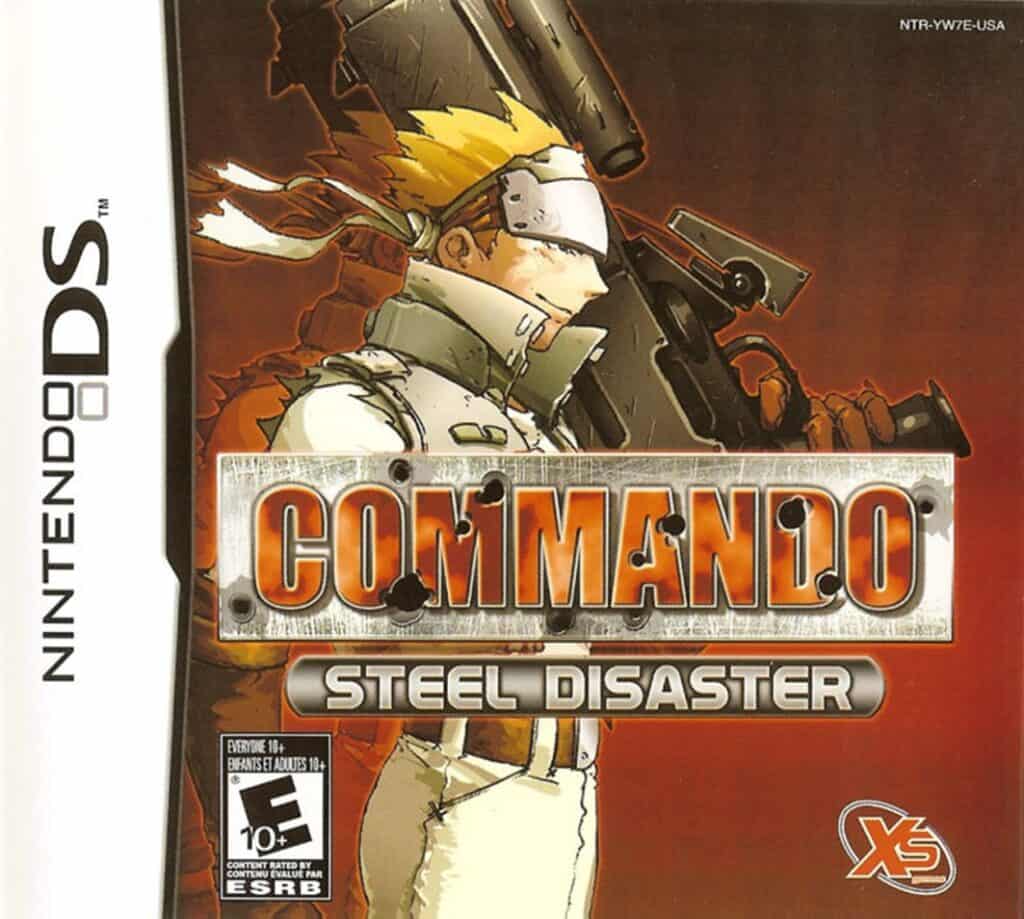 With the box and instructions, you’ll pay upwards of $250 for Commando today. While not the most highly reviewed game on the system, it’s the only way to get a very specific fix. For those already addicted, maybe no price is too steep.

Commando: Steel Disaster was the first game by new developer, Mana Computer Software. Unfortunately, so far as we can tell, it was also their last. 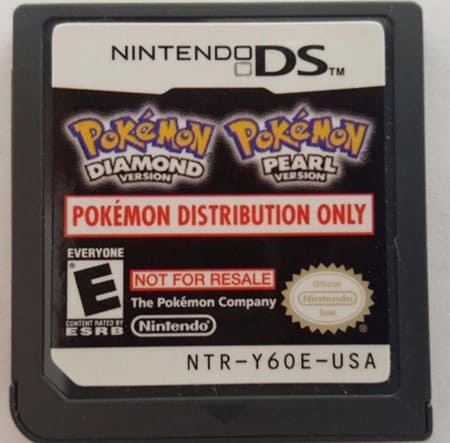 At the heart of every handheld generation’s rarity, there’s a healthy dose of Pokémon. Pokémon, the brand that ingeniously combined the game mechanic and marketing pitch into the same four words (“Gotta Catch Em’ All”) always releases limited-edition versions for the most avid trainers.

In the DS generation, the jewels in the crown were these Pokémon Distribution cartridges for Pokémon Diamond and Pokémon Pearl. To celebrate special events in Pokémon, these cartridges were created to give players access to unique Pokémon that were unobtainable in the games.

Since they were just promotional items, many stores simply threw the remaining cartridges away. However, some are now extremely valuable, including the Jirachi & Pickachu-Colored Pichu cart, which can sell at auctions for as much as $1,500.

Other extremely rare Pokémon Distribution Cartridges could easily make this list on their own. However, since the only difference is the Pokémon that they contained, we didn’t list them separately. Some of the highlights include the carts that came with Secret Key ($800), Zoroark ($500), and Manaphy ($480). 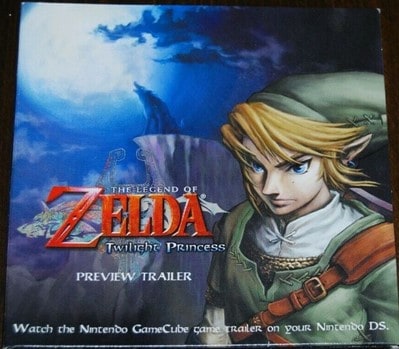 The rarest Nintendo DS game is the Twilight Princess Preview Trailer Cartridge. We’re defining “game” loosely here as the literal carts, rather than being technically a playable game. This cartridge was used as a promotional item at E3 2004 to hype up the new Zelda game, Twilight Princess. It featured early gameplay footage for people itching to see what the next adventure would bring. Basically, it was a portable trailer pre-YouTube.

Owing to its origins as a limited promotional item, this cart sells for wild prices online. Currently, there are no listing records on eBay. However, one was listed last year for $3,000 and several sold for $1,000 or more. Our price is a guess, but that’s how rare these carts are. Sellers can ask basically whatever they want.

The footage on these carts looked awful! The Gamecube pre-release footage playing on a DS has hilariously low visual and audio quality. It even plays sound effects from Ocarina of Time due to the mix not being done yet. But since only 500 of these carts were ever produced, quality can’t change how much these carts are coveted.

The Nintendo DS has a plethora of crazy little games, promotionals, Japanese imports, and other oddities. Some of these carts sell for hundreds or even thousands of dollars depending on their rarity. Anyone should feel lucky and proud to have any of these 8 rare carts in their dual-screen collection.

10 Rarest and Most Expensive Nintendo Games Ever