9 Most Expensive Nendoroids Ever

Nendoroid is a toy brand of chibi-style plastic figures founded by Good Smile Company in 2006. Their figures are from manga, video games, and anime. They feature interchangeable body parts like heads with different emotions, accessories, clothes, and more. They also create plushies, toy sets, and video games.

Continue reading to learn about the 9 most expensive Nendoroids including their accessories, series, and the designs that make them valuable. 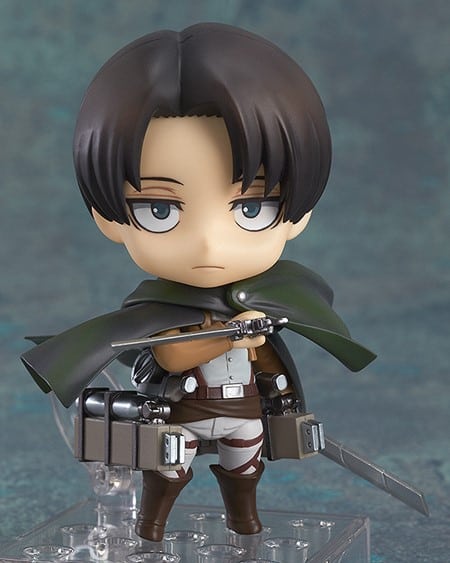 The Levi Ackerman Nendoroid is based on the famous character from the Attack on Titan anime and manga. While Levi isn’t the only character from the show to get a Nendoroid, he’s by far the most expensive, with examples selling online for around $424 or more.

This shouldn’t be surprising since the character started as a leader and supporting character in the team before fan demand, spurred by anime popularity polls, begged the creators to use him more.

The Levi Ackerman Nendoroid comes with unique accessories like a detachable VME and cloak. “VME” stands for “Vertical Maneuvering Equipment,” the unique cable box transportation/weapon system that the Survey Corps in the show uses to fight the titans. He also has removable smoke effects for his double-sword pose.

Value: $557
Franchise: Darling in the FranXX
Color: Pink and white 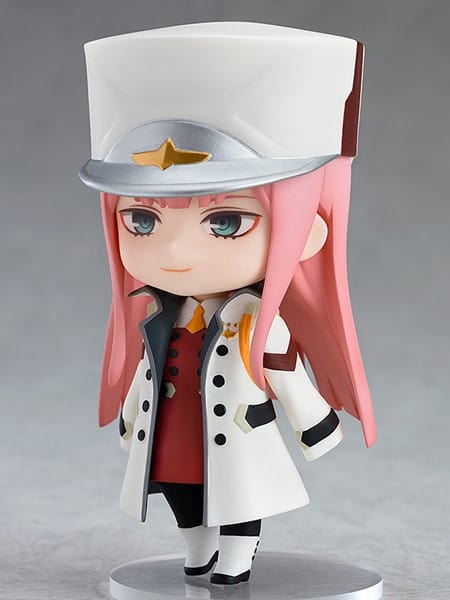 The Zero Two Nendoroid is the only instance of a character from Darling in the FranXX becoming one of these ultra-expensive toys and only the second from the series to become one of them. The other is an Ichigo Nendoroid, which sells for around $75, which is nothing for this list.

Zero Two can only be imported from Japan, but for the trouble you get a removable white uniform and bacon. The bacon is for her to munch down (swimming in syrup, of course), which is her signature quirk. The Zero Two Nendoroid sells for around $557 online.

The sci-fi romance anime Darling in the Franxx, often affectionately shortened to DarliFra, is a 2018 show produced by Trigger and A-1 Pictures. Unlike many anime series, it was a series first and only became a manga later, adapted in 2018 by Kentaro Yabuki. 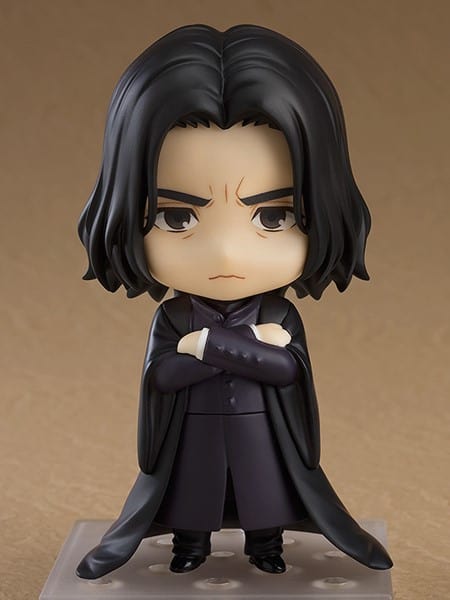 The Severus Snape Nendoroid is a chibi-style version of the popular teacher from the Harry Potter book and film series. His exchangeable faceplates include standard facial expressions, a version from his younger days as a student, and a serious expression for spellcasting.

This Nendoroid’s optional accessories come with a potion, cauldron, and wand, fit for a true potion master. He also has an interchangeable body that shows his Slytherin uniform. The Severus Snape Nendoroid was popular and also limited in production. It’s worth as much as $569 in online auctions.

Severus Snape’s name, as so many characters and items in Harry Potter, is based in Latin. “Severus” is the Latin word for “stern” and “Snape” is an old English verb that means roughly, “to disgrace.” 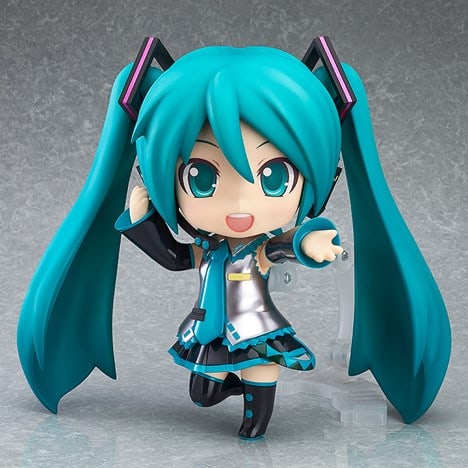 The entertainer Hatsune Miku is the subject of several expensive Nendoroids. This one is unique for being jumbo sized, bigger than any other Nendoroid, and made of metal. It was made to celebrate the 10th anniversary of Nendoroid.

This toy was made as a collaboration between Sumitomo Mitsui, a bank, and Crypton Future Media, the creators of Hatsune Miku. There were only 50 of them, given out as prizes for a raffle. This 10-inch unique Nendoroid has teal eyes and hair and a metallic silver dress with blue tie.

Hatsune Miku is not a real celebrity performer. She’s a “vocaloid,” a software creation made by Crypton Future Media who created her as a “virtual idol.” She gives concerts live on stage as an animated holographic projection on a glass screen. 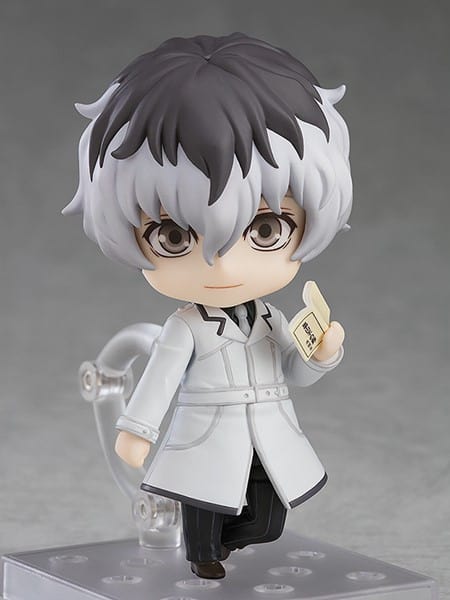 The Sasaki Haise Nendoroid jumps straight out of the Tokyo Ghoul:re anime to bring the kindly investigator to your toy shelf. This toy comes with three faces to swap out for three expressions, including a smile, intense fighting expression, and a default face.

He comes with some optional accessories you can attach too, including a book, coffee cup, and glasses. The toy shows him in his signature white coat, his long white and black bangs, and cold grey eyes. This Nendoroid sells for as much as $679.50 online.

Tokyo Ghoul is a manga series by the writer and illustrator Sui Ishida about the cold yet kind investigator Sasaki Haise, the figure shown here in this Nendoroid. Tokyo Ghoul:re is the sequel manga published through Weekly Young Jump over a series of 16 volumes and eventually became a famous anime. 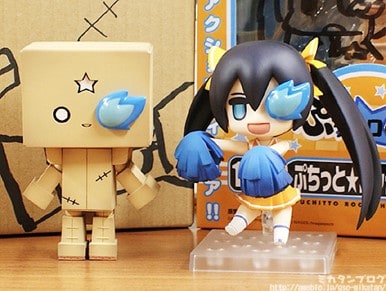 The Armored Huke MK2 Nendoroid is a unique piece. GSC put this Nendoroid up for auction to help raise relief funds for victims of the terrible Tohuku tsunami and earthquake in 2011. It eventually sold for a total of 118,000 yen, the equivalent of around $1,130.

The Armored Huke MK2 Nendoroid is based on the costume Huke wore to a Wonder Festival Event. The figure is a gold man made of boxes and had a companion Nendoroid that was a cheerleading Puchitto with blue pompoms. That one had more examples created though. The Armored Huke MK2 is one-of-a-kind.

Huke is the stage name of Cuyler Garland, a famous Call of Duty eSports player that plays for the Los Angeles Guerrillas. He’s also played for Denial, FaZe Clan, and Team Envy. In 2020, he won the world championship. 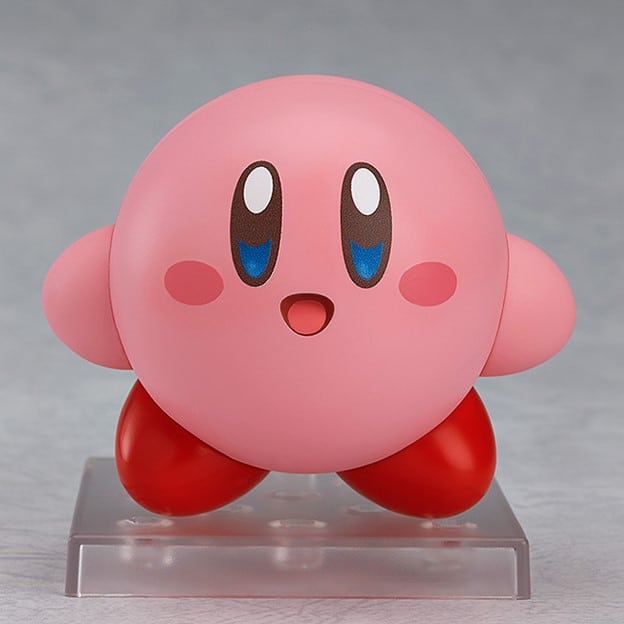 Kirby comes right out of the Dream Land of his popular video games, which have stretched from the NES to the Switch, to this pink Nendoroid. He’s easily posable using a bunch of magnets that allow you to put him in different positions and hold him there. This includes 4 different expressions, each cuter than the last.

Whether you have him smiling or inhaling during his signature power-absorbing move, this Kirby Nendoroid can be converted with optional parts into a few of his most famous forms. These include the copy abilities (he absorbs them from enemies that he eats) known as Sword, Star Rod, and Fire.

The Kirby’s Dream Land Nendoroid sells online for around $1,500.

In the original NES game, Kirby’s Dream Land (1992), the game’s creator Masahiro Sakurai created the Kirby sprite as a placeholder until the design was finalized. This is not an uncommon practice.

However, what is unusual is that Sakurai ended up getting so attached to the little guy that he kept the placeholder in the final game, and that became Kirby! 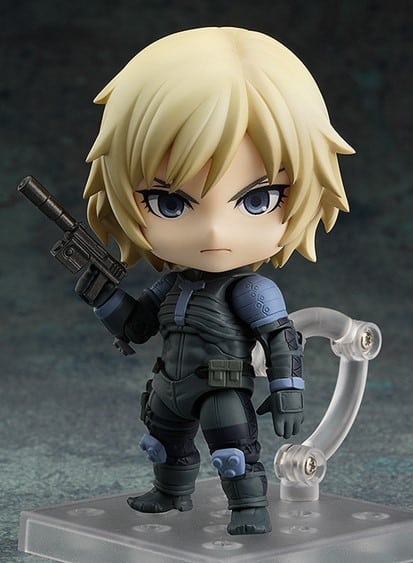 The Raiden Nendoroid is based on the character from the main game in Metal Gear Solid 2: Sons of Liberty, a famous PlayStation 2 game from 2001 directed by Hideo Kojima. The character of Raiden is the replacement protagonist after the series’ regular, Solid Snake, disappears after the opening.

Raiden is an articulated Nendoroid that bends forward and allows for dynamic poses, accentuated by the face design of the artist Yoji Shinkawa, who was the art director on the original game.

The Raiden Nendoroid sells online in new condition for up to $1,700, making it nearly the most valuable Nendoroid out there and the most expensive production Nendoroid sold.

This Nendoroid comes with optional accessory parts from the game. These include an assault rifle, hand gun, and cardboard box. You also have a shirtless body that you can replace to recreate scenes from the game. 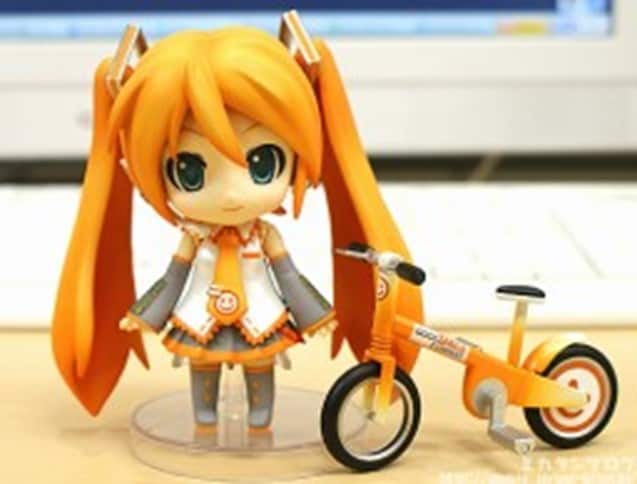 The most expensive Nendoroid is the Hatsune Miku GSC Version. This Nendoroid has that signature bright orange palette that puts it alongside some of the company’s most iconic figures in terms of its eyepopping look on your shelf. But what makes this one so amazing is that there’s only one known to exist!

In 2009, WonHobby ran a photo contest and awarded the winner with this variant of the Hatsune Miku Nendoroid. The winner kept their prize close to the chest, as they say, and has never put it up for auction or had it evaluated for the price. Nevertheless, we can confidently say that the GSC version of Hatsune Miku would be the most valuable Nendoroid if it ever went up for sale.

WonHobby is an exposition out of Japan going on 35 years now that includes famous toy companies from all over. Participating brands in WonHobby 35 will include Good Smile Company, Max Factory, Pop Mart, Tomytec, Wing, toytec, Miyuki, Kadokawa, Aniplex, and more.

8 Most Expensive Tattoos You Can Buy in the World