8 Most Expensive Potions Available in Skyrim

Potions in Elder Scrolls V: Skyrim are literally the lifeblood of your adventure. They provide you the ability to regain health, magic, and stamina, poison your foes, carry more stuff, and a ton of other essential alchemical benefits.

Not every potion is made equally, however. These are the 8 most expensive potions in all of Skyrim. 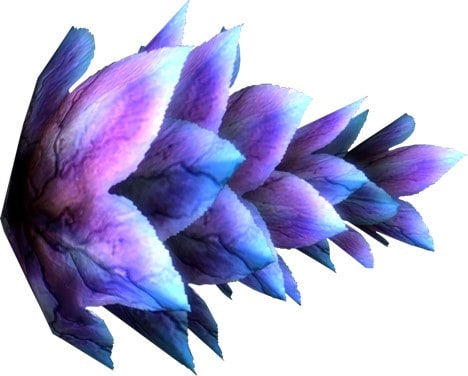 The first potion on this list is a recipe made from Deathbell + Salt Pile + Taproot called the Poison of Slow. The potion can be sold for 707 coins and consists of several useful effects. It’s a poison that causes the target to move at 50% normal speed for a duration of 87 seconds.

Deathbells particularly are strong poison ingredients enshrouded in the folklore surrounding the Hjaalmarch swamp. They’ve caused many accidental deaths throughout the land, a number you can add to if you dare to make this poison.

Taproots are valuable potion-creating items that can be looted from Spriggan corpses, the College of Winterhold, the Hall of Countenance’s alchemy room, in Soljund’s Sinkhole, and more. 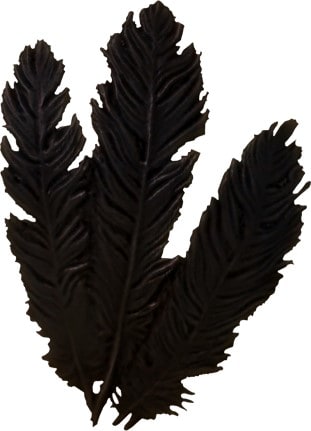 The unique ingredient in this Damage Magicka Potion is Hagraven feathers. They give this potion effects that increase Damage Magicka, Fortify Conjuration, give you a level 1 Frenzy for 10 sec, and a 3% Weakness to Shock. If you can assemble everything you need, the potion can be sold for 724 coins.

The most readily available Hagraven Feathers can be looted from dead Hagravens, but they can also be found in certain locations such as the College of Winterhold (in the Arch-Mage’s quarters), a shack in the Witchmist Grove, in pits in Hag’s end, and more. 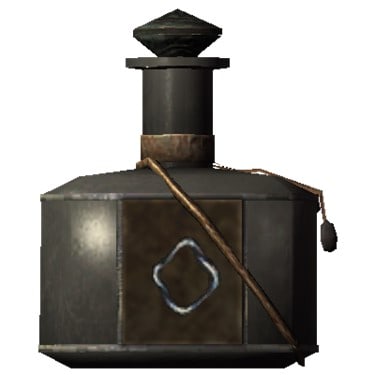 This potion is found in the game as loot and can be sold for a base value of 781 coins.

Poisons are used by imbuing weapons with them or by reverse Pickpocketing them, meaning you sneak into their pockets and put the poison there. 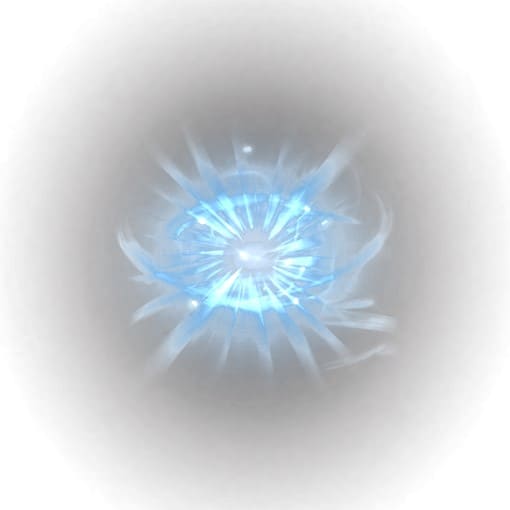 This potion made from a Blue Butterfly Wing + Blue Mountain Flower + Giant’s Toe has a myriad of useful effects that justify its high price. Making this potion can net you a profit of 865, minus the cost of the ingredients if you buy them from one of the game’s merchants. Once made, the potion offers effects of Damage Magicka Regen, Damage Stamina, Fortify Conjuration, and Fortify Health.

Blue Butterfly Wings, which also combine with 40 other ingredients in the game, offer several of these effects to this expensive potion. These wings can only be acquired by catching blue butterflies in your giant heroic hands, which will get you two per bug. The blue butterfly wings have the same effects as chaurus hunter antennae, though only the butterfly can be used to make this potion.

Blue Mountain Flowers are great items to snag for dual-effect potions since they add Restore Health and Fortify Health properties to them. Red, Purple, and Yellow Mountain Flowers exist in the game, but they have distinct alchemical properties. Look for the blue ones in the foothills of the mountains in lower elevations, before you get up to the snow. 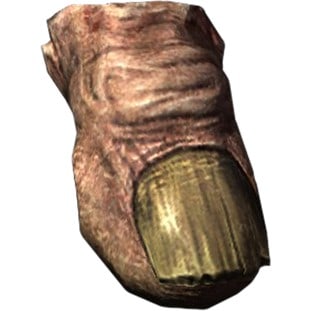 This recipe is for a restorative potion discovered by users to be one of the most valuable in the entire game. This potion contains rare ingredients, but the making of this potion is justified by both 300 seconds of Fortified Health and increased Carry Capacity.

The Creep Cluster alone has 57 combination possibilities in the game’s alchemy and gives the potion its carry weight increase effect. These twisty brown roots can be found among the sulfur in the further regions of Eastmarch, if you’re daring enough to find them. Having done so, they can be used to make a Damage Stamina Regen potion worth 1,250 coins.

The Giant’s Toe is only procured by defeating a giant and each only gives one (maybe he still needs the other?). Giant’s Toes are used to increase the duration of Fortify Health potions from 60 to 300 seconds, making them extremely valuable loot for alchemists, though by themselves they are only worth 20 coins. 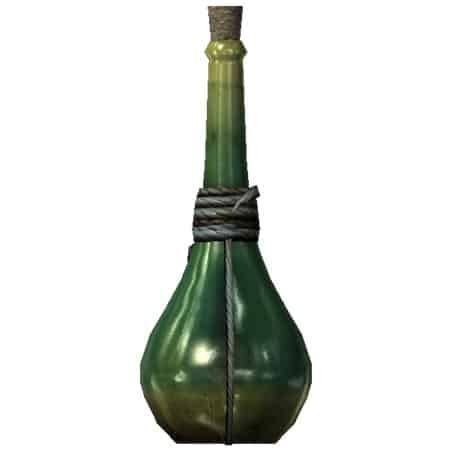 The Philter of Enhanced Stamina is a level 30 potion with a sizable overhead cost of 1,568 coins. It can be found by looting enemies and provides the player with an 80-point increase in stamina for 300 seconds. In addition to this potion, its sister potions are also pretty expensive, with the Solution of Enhanced Stamina racking up 1,1142 coins in value for 20 points less of a stamina buff.

Since stamina affects your ability to perform heavy attacks and blocks, to sprint across the map, and to maintain a high enough carrying capacity to lug around your loot, weapons, and all these valuable potions, it’s no wonder that one of the game’s most effective ways to fortify the stat is also one of its most expensive.

Each point of stamina increases your carrying weight by 5, which means the Philter of Enhanced Stamina gives you a 400-point increase in capacity for 300 seconds, perfect for a major battle full of heavy attacks and blocking or to tote a ton of heavy weapons over to a local shop. Other ways to increase carrying capacity include the Steed Stone blessing (+100), the Extra Pockets Pickpocketing perk (+100), and various armor perks. 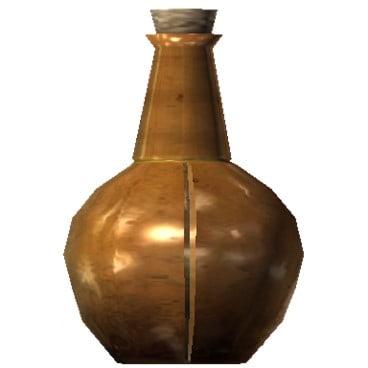 The Prime Elixir of Plunder is a seriously valuable potion in Skyrim that increases Stamina by 70 points for 300 seconds and even better still, Carrying Capacity goes up by 70 for 300 seconds too. So if you’re ever out in the wild forests with a sack full of too many axes, too much food, too much loot, you can always use this to get it back to safety.

Of course, this level 40 potion is not easy to use. It can only be obtained in the first place from the Thieves’ Guild, hidden inside the barrels marked as the “Thief Cache.” Its base value is 2,030, making it one of the most expensive potions in the game.

Other Elixirs of Plunder with similar effects but less potency or duration could get their own entries on this list. The Grand Elixir of Plunder, for instance, has a base value of 1,714 (level 32). The regular Elixir of Plunder has a value of 1,402 (level 24). Even the lowly Potion of Plunder level 1 is worth 511 coins. The game rightly values very highly the ability to carry whatever you want. 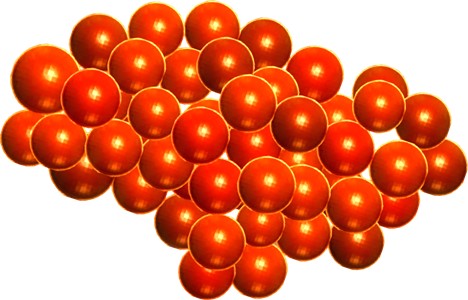 Salmon Roe restores 60 sec of Waterbreathing, 50 points of Fortify Magicka (5 sec), and 5% Magicka Regeneration (300 sec). This potion that includes them can be sold for 5,000 coins, in theory, though this is more than any merchant could ever pay you.

Only salmon that are jumping up waterfalls will yield salmon roe. Ice Storm can make catching salmon and farming roe much easier. Note that you can’t obtain any without the second Skyrim add-on, “Hearthfire.” This expansion allowed players to build homesteads, hire stewards, and more.

Skyrim is such a versatile game that there’s seemingly no limit to the ways you can micromanage your potion effects based on rare ingredients. Use this list as a starting point to take your alchemy to the next level the next time you pick up the game.

8 Most Expensive Wheel Rims You Can Buy