10 Most Expensive Paintball Guns Currently on the Market

Paintball is one of the most recently invented pro sports, getting its start in 1981 in New Hampshire. It was invented to prove a point when the outdoorsman Charles Gaines bet a Wall Street trader named Hayes Noel that he couldn’t survive in the woods like a real man.

The crude paint gun they used to settle their debate would go on to inspire a whole pro sport.

The latest paintball guns are high-tech, high-powered machines engineered for performance and adaptability. Continue reading to learn about the most expensive paintball guns that money can buy. 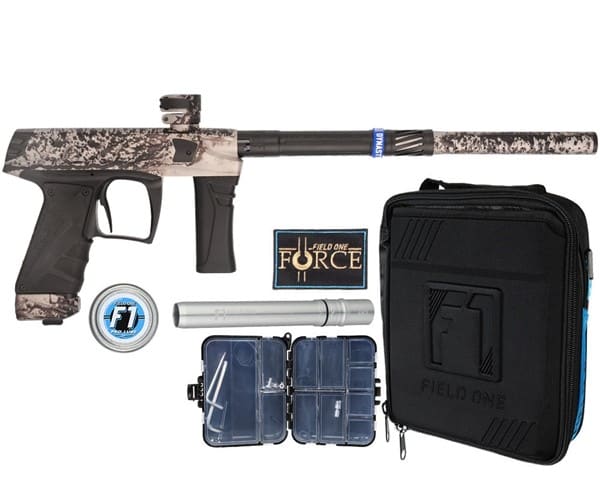 The Force One paintball markers have been redesigned for the next generation of pros with these Field One Force Markers. The spool valve design has been retooled for even more durability and performance on the field, while the overall profile of the guns has been shifted towards a more ergonomic design.

The gun is powered by the company’s Force Nucleus engine, which features an option to use dual power forces for even more versatility – these include batteries in the foregrip and rechargeable batteries in the grip frame.

The Eclipse 07 SL74 Ego Paintball Gun is an electro-pneumatic paintball gun that went up on the market in 2004. It still sits around the top of high-performing guns, with a fire rate of 14 balls per second. The gun comes with an auto-firing mode and even a double grenade paintball launcher attachment.

Planet Eclipse developed the Ego 05 around an e-blade electropneumatic frame adapted for modern standards of adaptability and performance. The 2006 version added a shorter stock bolt and a longer regulator. The latest iteration, Ego 11, added USB connectivity and a Shaft 4 barrel. 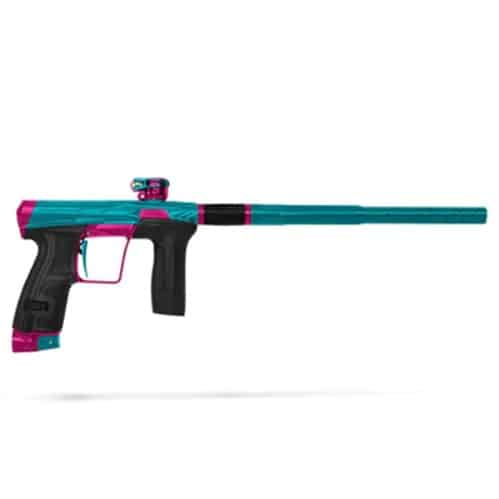 The HK Army Gun – Invader CS2 PRO was actually made in a partnership between HK Army and Planet Eclipse. The body of the gun has been streamlined and custom milled from a CS2 Pro basic model. The gun comes equipped with the latest tech, including a GP Core Drivetrain and on-board BLE Bluetooth connectivity.

Some of its pro features include an adjustable rake blade and rake scythe trigger, a bespoke POPS assembly, an SL5 inline regulator in-grip frame, and even a micro-USB programming port. The gun’s settings can be customized and loaded using a company-serviced e-portal. The gun retails for $1,949.95.

Planet Eclipse is one of the industry’s leaders in electronic paintball manufacturing. In addition to the Invader CS2 Pro, they also make the Ego, Etek, SL, and Geo sub-brands. 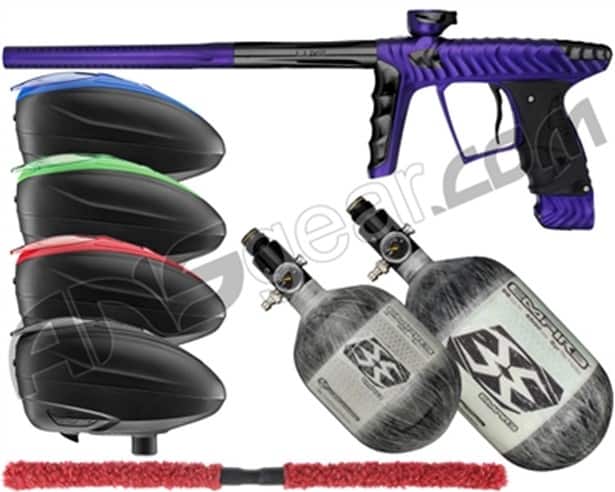 The Luxe X Contender Paintball Gun Package Kit is a laser-engraved pistol model by DLX Technologies in a partnership with HK Army. The gun’s X-Core Bolt System raises its performance, efficiency, and ease of use. It’s easy to shoot and maintain, featuring a multi-stage core that’s easier to take apart and clean than past Luxe models.

The Dye LTR Loader on the top of this gun maintains extremely efficient feed rates. It attaches to an anti-jam trigger with a quick-pull mechanism that gives its user an edge on the field. The loader can fit up to 200 .68 caliber paintballs. The gun retails for $2,030.

DLX Technologies was started in 2010 by the Gardner Brothers after their success with Smart Parts Paintball. In addition to this gun, they have dabbled in other ultra-expensive paintball guns too like the Impulse, ION, and Shocker (see below). 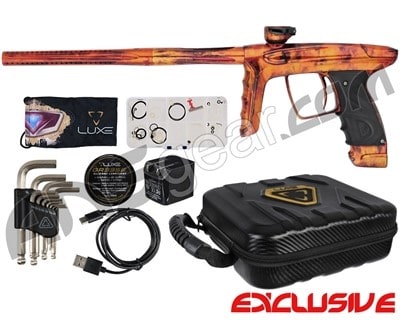 The DLX Luxe TM40 Paintball Gun was created as an upgrade to the base TM40 for the pro paintballer, Tim Montressor. The gun is fitted with a back-end bolt that has a high-flow orifice and a bolt spool that offers better response and air flow than the default gun model.

The TM40 is both a mechanical and electric gun, with technology driven by Montressor’s feedback and playing style. He was instrumental in getting Luxe products to the top of the industry with player-focused ergonomics.

The first Luxe took the Houston Heat to victory at the paintball World Cup. Only time will tell what this optimized version will do. 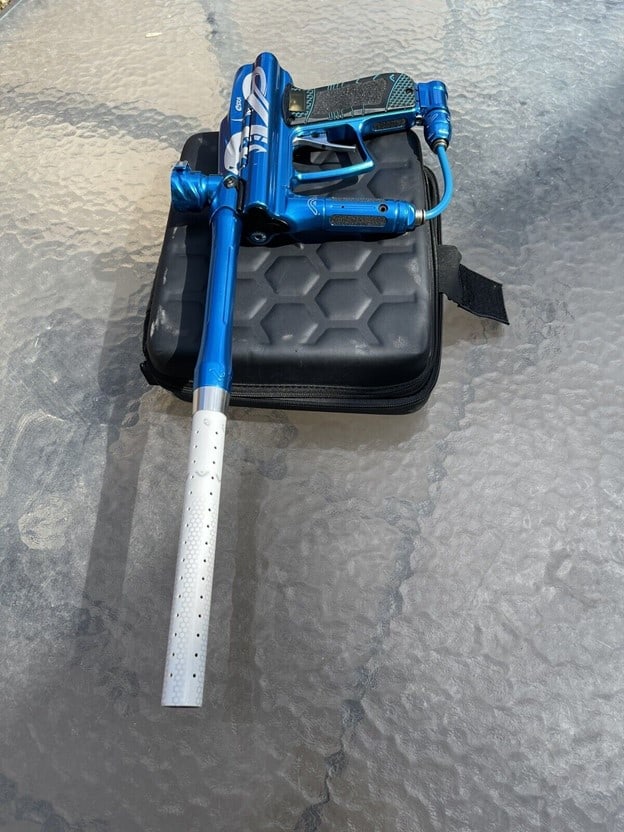 The APS Angel 1 Cobra is a paintball gun manufactured by Angel, who was one of the first makers of electropneumatic paintball guns. Their models started coming out in 1997 as the main competition for the Shocker by Smart Parts.

The Angel 1 Cobra has an OLED display with a control wheel styled after blackberry devices. The design prioritizes fast board adjustments. The circuit board even has a USB port that helps the user keep the gun updated with the latest optimization software. Online, the APS Angel 1 Cobra can sell for as much as $2,500.

Angel specializes in electropneumatic semi-automatic guns with multiple preset ramping, including league and customizable modes that today can be uploaded via USB. 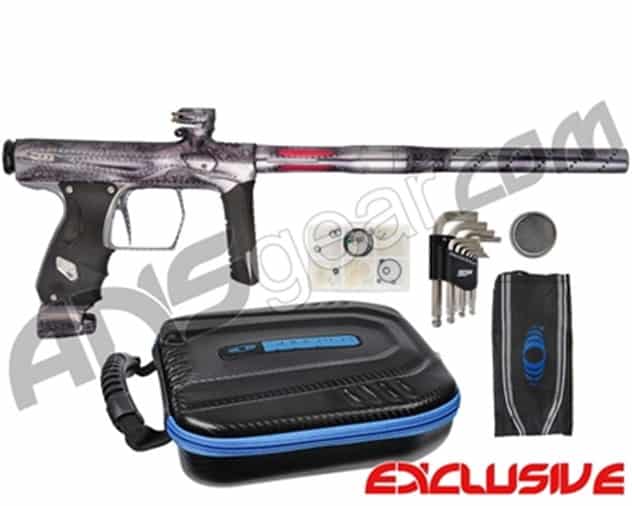 The SP Shocker AMP Electronic Paintball Gun was one of the first electronic guns to appear on the market. The advanced modular version is new for 2020 with a redesigned bolt system that improves the firing mechanism while reducing the chamber pressure, reducing breakage.

The Shocker paintball gun has a two-piece board design, which allows its user to switch between its cutting-edge electronic mode and its mechanical mode with ease. The gun also features tool-free maintenance construction as well as improvements in water resistance and ergonomics. The SP Shocker AMP Electronic Paintball sells for $2,699.95.

This electronic paintball gun is held together by a tool-free solenoid valve. A solenoid is an electronic coil that includes a plunger known as a ferromagnetic core. They’re more common in heating systems and machines that use compressed air like pumps and irrigators. They make this gun particularly heavy duty.

The T68 M240 Paintball Machine Gun by RAP4 is gas-operated and pre-loaded with 200 rounds. It was designed as a replica of the M240 Medium Machine Gun used by modern US and NATO armed forces.

Like that gun, this paintball gun has the accuracy of a regular paintball marker but the heavy fire volume of a machine gun.

The belt-fed, gas-operated medium machine guns known as the M240s have been in active use since the 1970s. It was originally manufactured by Fabrique Nationale d’Herstal for use as a tank gun and then later as an infantry firearm. 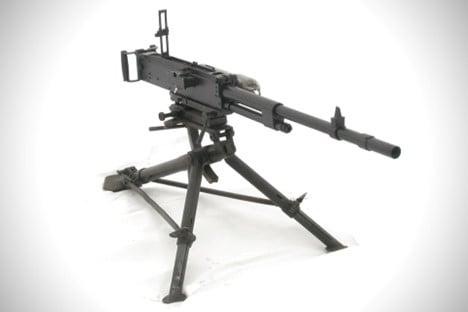 The Breda M37 Paintball Machine Gun was made by RAP4, designed after the heavy machine guns used in WWII. Like those guns, it uses an automatic feed system for new paintball cartridges, a system known as a Q-Loader.

The gun comes with multiple firing modes, including semi-auto, full-auto, and 3-shot. The replica began as an Airgun Designs Automag RT Pro paintgun, weighing over 30 pounds. It costs $4,999.

The Q-loader uses helical drive technology and feeds paintballs into the system 36% faster than the next fastest loader. It’s known for having almost no misfeeds. Guns that use the Q-loader require the “Q-Pod” magazines, which contain 100 rounds each. 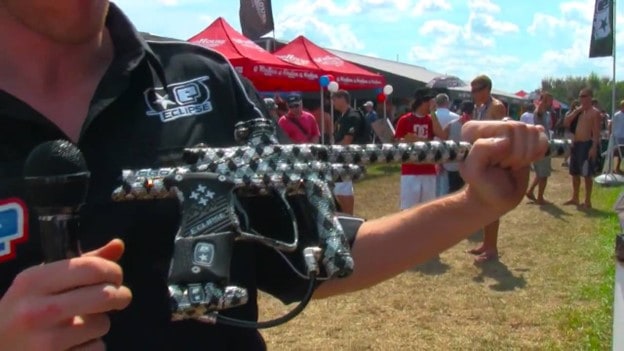 The most expensive paintball gun you can buy is the Crystal Bling Ego 09. It’s a souped-up version of the Eclipse Ego 09, which is expensive already.

The new version is encrusted with Swarovski crystals, each of which is sculpted and applied to the gun by hand.

It’s not functionally different from the normal Ego 09 paintball gun, but the crystals alone send this custom eclipse soaring to the top of our list of the world’s most expensive paintball guns. It sold for $5,001.

Swarovski was founded in 1895 to bring crystal cutting methodology to the forefront of fashion and interior design styles. Their crystals have been known for over a century for their strength and beauty. They create designs from beaded, bezel, pave, and prong crystals.

9 Most Expensive Jackets Ever Sold