8 Most Expensive Golf Courses in the U.S.

Golf courses are often considered places where rich businesspeople rub elbows, eat Michelin-starred food, and pal around with their club members. However, many golf games and hotel stays can be bought for relatively low prices, particularly if you plan your visits around the course’s off-season, where prices are the lowest.

However, some courses are as decadent as their reputation implies. Visiting these resorts during their peak seasons will cost hundreds of dollars per day. These are the 8 most expensive golf courses in the U.S. 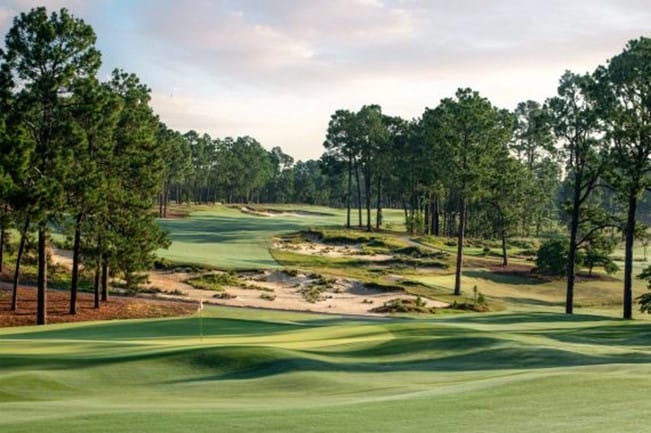 We’re starting this list with the oldest golf course on the whole thing – the Pinehurst Resort in Pinehurst, North Carolina, built in 1895. It contains 9 courses, 18 holes each, with the second course, Pinehurst No. 2, being singled out as the resort’s most coveted and expensive.

In addition to these courses, the Pinehurst Resort includes villas, restaurants, condos, and three full-sized hotels. Playing the resort’s most coveted course costs $460.

This coveted resort has hosted quite a few of the sport’s most prestigious events, including the North and South Open, annual North and South Amateur Golf Championships, and separate Men’s and Women’s Championships that have been held every year since 1901 and 1903, respectively. 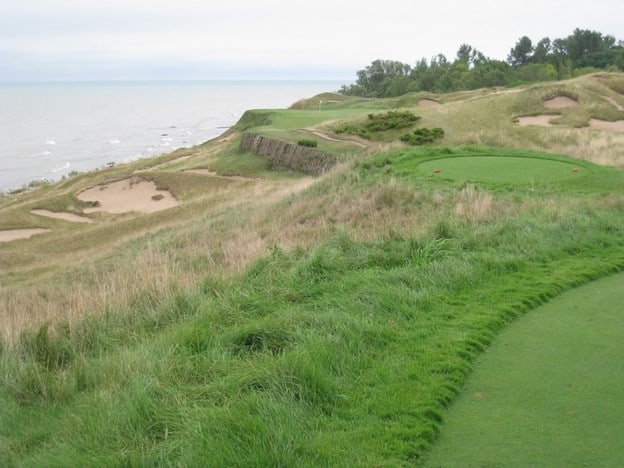 Whistling Straits is a 36-hole golf course in Kohler, Wisconsin, built 24 years ago in 1998. Pete and Alice Dye designed the courses (they’re also responsible for another course later on this list). Whistling Straits is technically two courses: the Irish Course and the Straits Course.

On a 3-kilometer stretch of land along Lake Michigan, the Straits Course is actually a replication of an ancient course by the sea in the United Kingdom. To produce the intended feeling, the course has flocks of sheep, stone bridges, rolling hills, grassy dunes, and huge elevation changes, all of which you might see on the real course in Ireland. 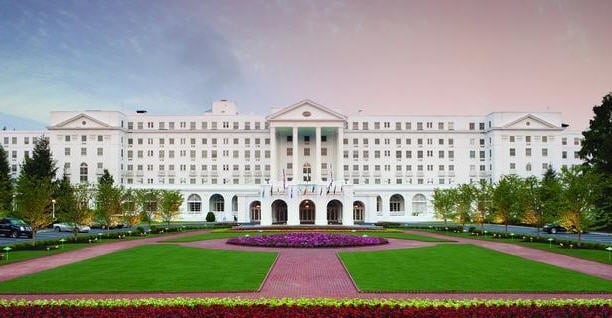 The Greenbrier Resort was built over a century ago in 1913. However, it’s even older in a sense because this part of West Virginia, known as White Sulphur Springs, has been used as a popular vacation spot since 1778 (you read that right). Nowadays, the Greenbrier Resort houses one of the country’s most expensive golf courses, costing $525 per person to play.

The Greenbrier Resort was built by the Chesapeake and Ohio Railway and owned by them until the company filed for bankruptcy in 2009. Since then, it has been owned by Justice Family Group LLC, whose mission has been to take the humble club and return it to prominence as the five-star resort it used to be. To accomplish this, the Greenbrier now includes 710 hotel rooms, a total of 20 restaurants/lounges, 36 shops, and even more outdoor sport areas.

26 presidents have stayed at the Greenbrier, including Dwight D. Eisenhower. This is one reason that the estate features an emergency underground bunker established by Congress during the Cold War. “Project Greek Island” is its not-so-secret code name. 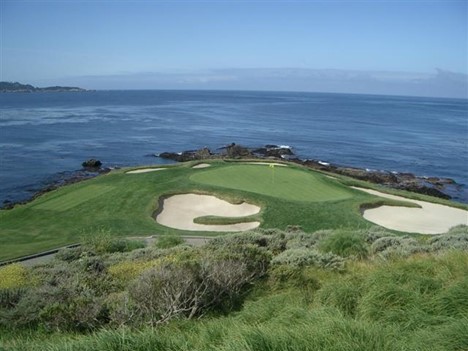 All the way on the west coast of the U.S. on Pebble Beach, California, the Pebble Beach Golf Links has been one of the country’s most lavish public golf courses for over 100 years. It is also known as one of the world’s most beautiful courses, being built with open views of the Pacific Ocean off the Monterey Peninsula, including Carmel Bay. There are three hotels and a spa on the resort as well.

Playing the Pebble Beach Golf Links course costs $595 for the day during the course’s peak season. 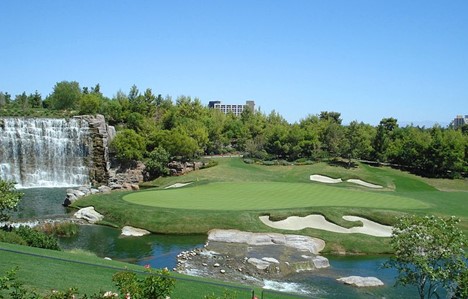 The Wynn Golf Course is built where the Desert Inn course used to be. It is now the only golf course on the Las Vegas strip, making it a commodity in arguably the most luxurious vacation destination in the country. It was built from a Tom Fazio and Steve Wynn design, who also designed the Shadow Creek course (see below).

Playing the Wynn Golf Course costs $550 per person during the course’s peak season.

The Wynn Resort is the 7th largest hotel in the world as well as one of the most award-winning. It represents half of a two-resort system with the Encore Las Vegas. Together, they have more five-star awards through Forbes than any casino/resort in in the world. 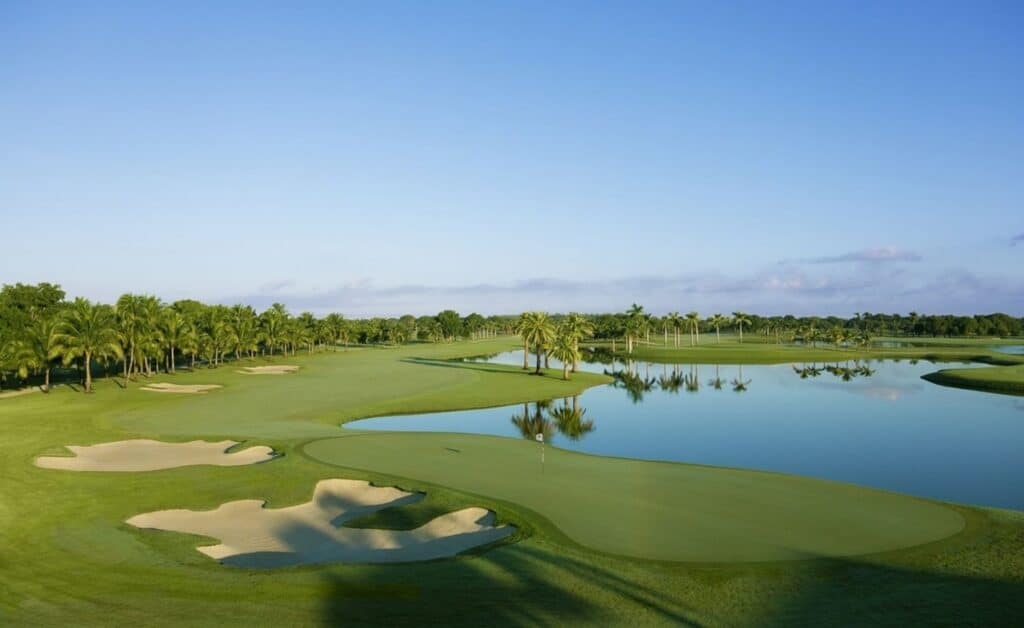 Now overshadowed by the political career of its proprietor, former president Donald Trump, the Trump National Doral Miami is nevertheless one of the most coveted and expensive golf courses in the country. The estate expert Alfred Kaskel built the course in 1962. It has 72 holes in total, including the signature course, the Blue Monster at Doral, which is one of the golf world’s most infamous courses.

The resort takes up a total of 800 acres in Doral, Florida. It costs $655 to play during its peak season. 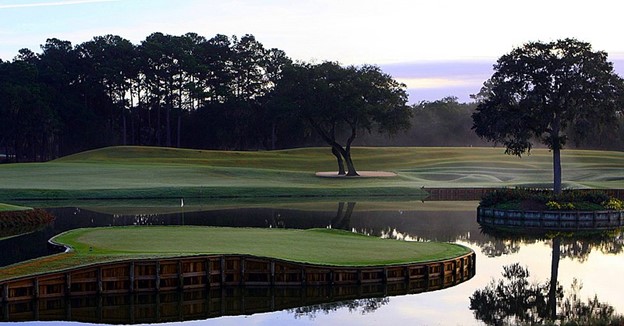 This course turns 42 years old this year and costs $720 to play during the peak season.

The course was built using a stadium concept, which is far more prevalent in other sports. It means that for these championships, audiences can sit in stands made from mounds of grass to watch the game, at a maximum capacity of 36,000. TPC Sawgrass is perhaps best known for Island Green, its 17th hole, which is considered one of the most difficult holes in all of golfing. 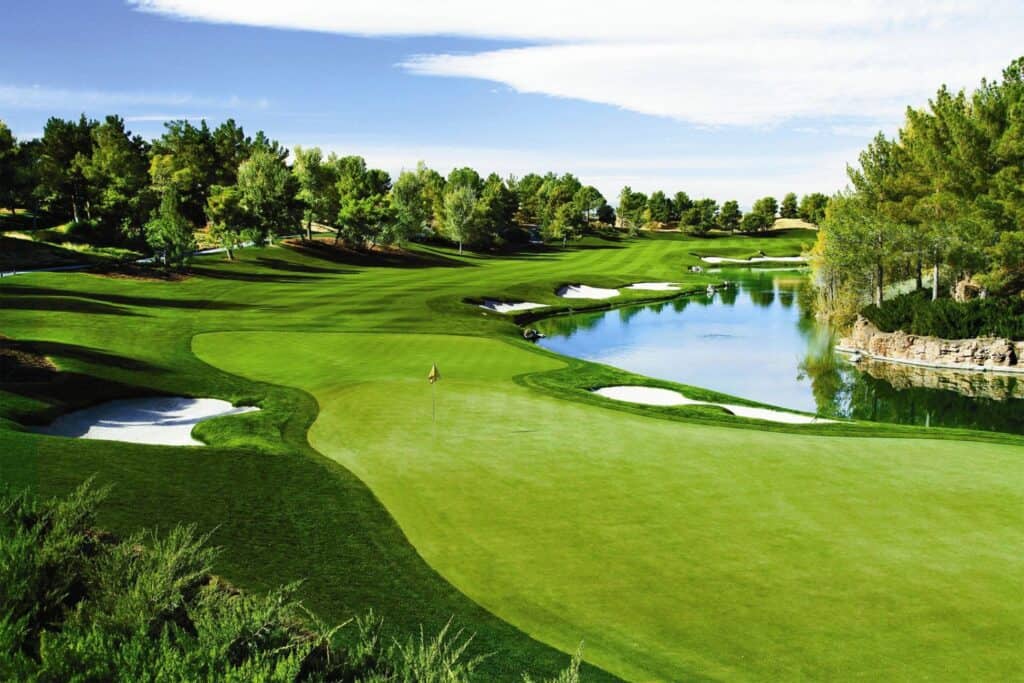 The most expensive golf course in the US is the Shadow Creek Golf Course. While over the years, Shadow Creek has gone back and forth with others on our list like Sawgrass and Pebble Creek for the top spot, in 2021, Shadow Creek outdid them all with a huge price hike. On their most popular course at their peak season, Shadow Creek now charges a cool $1,000 to golf there.

Of course, the Las Vegas Nevada mainstay has been holding some of the world’s most prestigious tournaments since it was built in 1990, designed by Steve Wynn of the Wynn resort and Tom Fazio.

If you can handle the 20-minute drive from the strip and have a spare $1,000 lying around, Shadow Creek is the best of the best.

The Shadow Creek Golf Course was designed in 1990 but was only open to the public starting around 10 years after that. Since then, it’s held several famous event matches, such as the 2018 Tiger Woods v Phil Mickelson game and the 2021 Bank of Hope LPGA Match Play.

The country’s most expensive golf courses represent not only pricey resorts but the sport’s most coveted and beautiful championship venues. From celebrity patrons and award-winning food, these golf courses treat their guests well (as they should, for the premiums they charge).

However, even these luxurious golf locations can be visited without breaking the bank so long as you plan your game around the course’s off-season. But for the best of the best, the most prestige, the most hype, the best service, and the fanciest time, you may have to be a peak season golfer at least once, just for the fun of it.

10 Most Expensive Magic The Gathering (MTG) Cards Ever Sold