10 of the Rarest and Most Valuable DVD Sets Ever

When Digital Video Disc or DVD came out in 1996 as a successor to VHS tapes, it didn’t gain much attention. Home videos were popular as it was easier to rent a movie you might have seen in the theater, watch it again and return it without paying the price of owning a designated machine that DVDs ordered.

But by the year 2003, DVD rentals overtook VHS rentals, as its peak came in 2005 with $16.3 billion in DVD rentals and sales. Movie and entertainment studios started mass production of music videos, movies, television shows, video games, and sporting events onto capacity-larger DVDs, creating a massive industry that has been in demand for years.

The development of streaming sites affected the popularity of DVDs as users preferred having all access to entertainment that they could from the comfort of their own home instead. Even with fewer discs produced—Blu-ray being the successful high-definition supersede to DVDs—there are a lot of DVDs that still have high value nowadays. Here’s a list of the rarest DVDs you might be lucky to have in your collection. 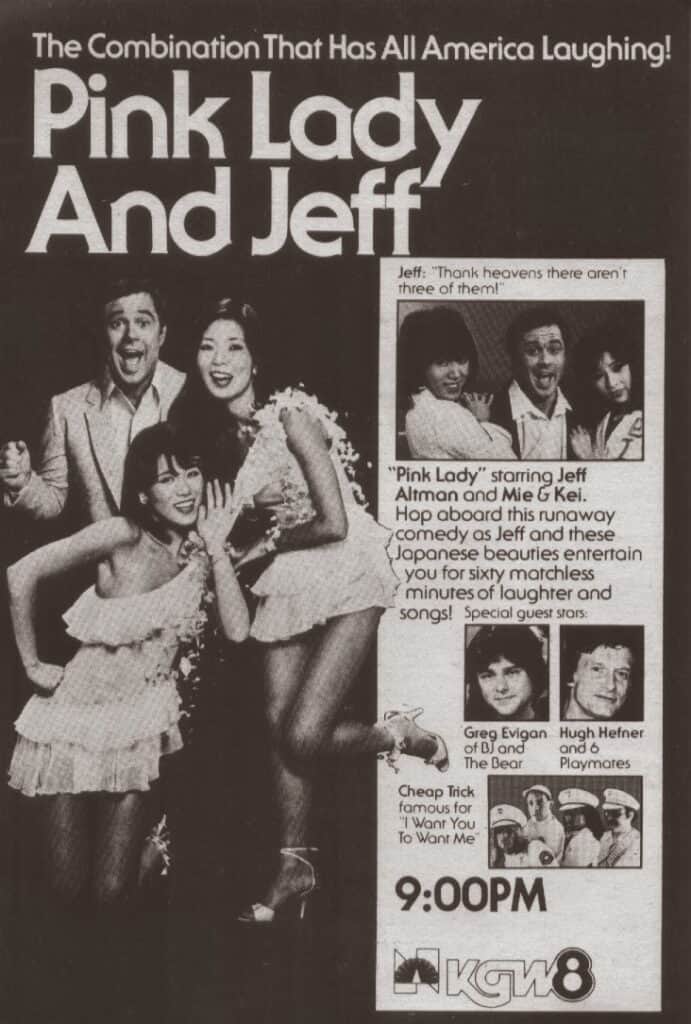 Pink Lady and Jeff is a variety show that NBC aired in 1980. It included six complete episodes, but one was unreleased. This show is an eccentric mashup of comedy sketches and musical acts starring the Japanese female pop duo „Pink Lady“ Mie and Keiko and their co-star Jeff Altman. Production had no idea that Mie and Keiko had limited knowledge of the English language due to being included while beyond popular in Japan. But that didn’t hold them back from continuing the show filming.

The duo had no permission to sing songs that rose them to popularity, and they were only singing covers of American disco hits. Rhino Entertainment released a complete series on a DVD set that is nowadays rare to find, even with its failed release. 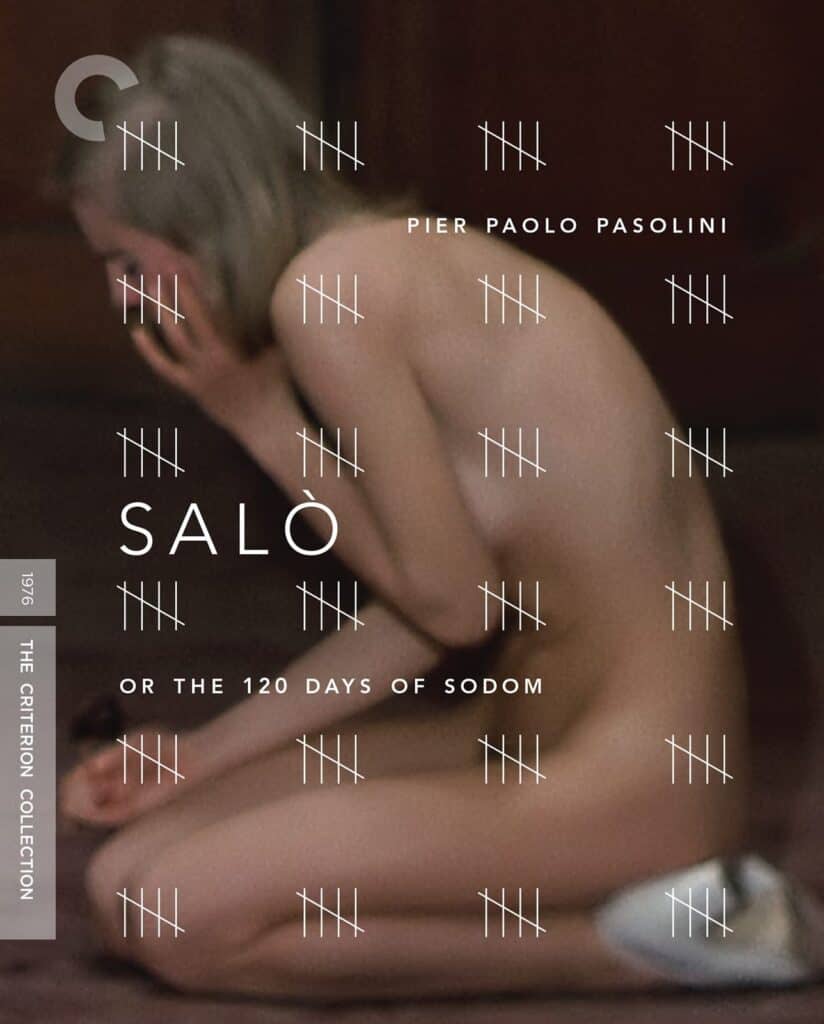 Salò is one of the most notorious Italian films ever made as it depicts different deeds of torture and degradation of teenagers by wealthy Italian libertines. The movie idea comes from the unfinished novel of the same title by Marquis de Sade, loosely inspired by Dante’s Divine Comedy, exploring themes of political corruption, nihilism, sadism, fascism, and morality.

The manufacturer never discontinued the movie. Hence, it’s not very rare, but some releases are rarer than others. The „white ring“ edition by Criterion Collection is an example and includes a remastered sound and video and a thirty-three-minute documentary featuring an interview with a director, which can cost pretty money if in uncirculated condition.

Director Pasolini was killed just weeks before the release of the movie. He was loud in his criticism of totalitarianism and consumerism, also reflecting on his art. People believed that he was killed by the mafia, while some evidence point to an extortionist who previously stole rolls of his film. 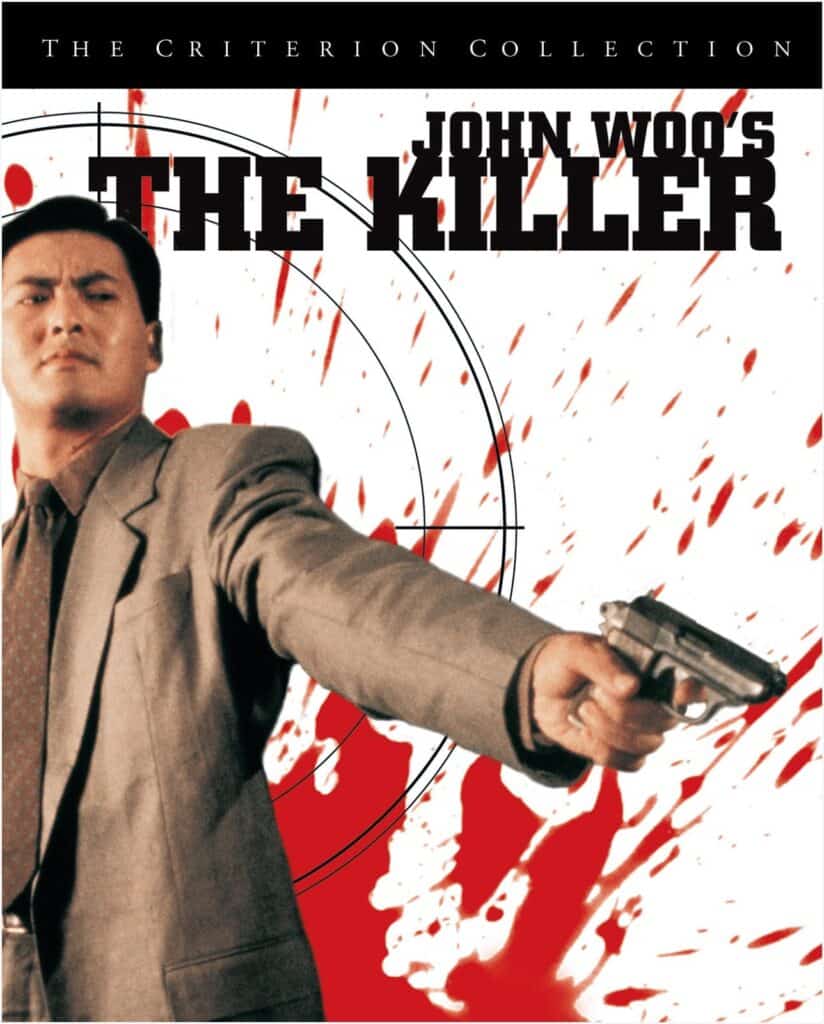 Another DVD on this list that Criterion issued is The Killer. Its original 1989 release talks about an assassin who decides to perform one last hit before quitting Hong Kong’s Triad. The film features one of the greatest stars, Chow Yun-fat, as the main lead.

While DVDs of Salò are still able to purchase, The Killer’s DVD is out-of-print, making it very rare to find. Special Criterion feature offers deleted scenes and unique commentary by the director.

Hong Kong cinema produced stars like Bruce Lee and Wong Kar-wai and popularized genres such as wuxia and kung fu movies, but it also has created local genres such as mo lei tau comedies. 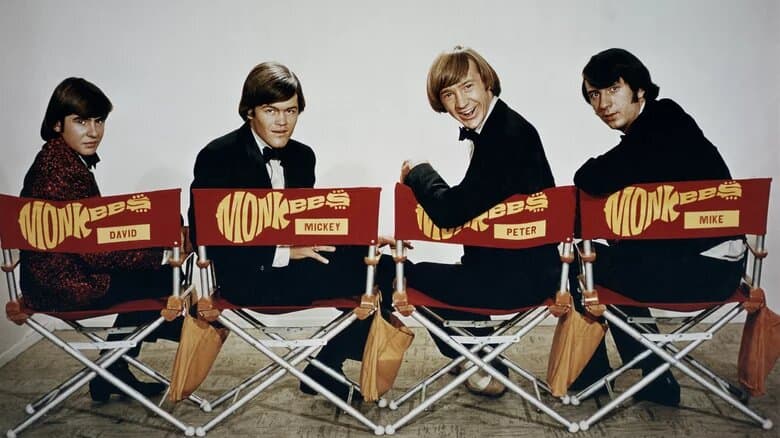 The Monkees were a rock band formed in 1966. Their situation comedy series ran in a similar period, from 1966 to 1968, and it aired on NBC for two seasons and 58 episodes. The story centered around four young men trying to make it in the music industry.

Rhino Entertainment Company released both seasons on DVD sets in 2016 in tribute to The Monkees’ 50th anniversary. However, the release was only for the band’s fans. Hence, about 10,000 copies were issued, containing all 58 episodes, the 1968 Monkees film „Head“ and commentaries from all four members.

The show won two Emmy Awards in 1967 for the Outstanding Comedy Series. David Bowie first used his legal name Davy Jones but changed it to Bowie later on to avoid people mistaking him for another musician with the same name. 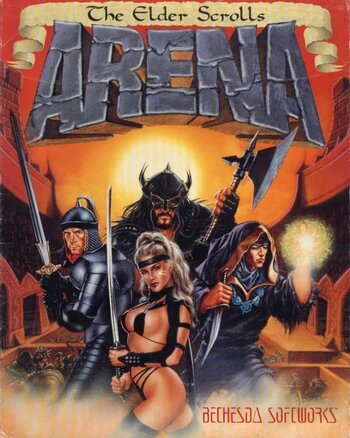 The Elder Scrolls: Arena is an action role-playing video game with an infinite game world where players participate in hand-to-hand combat using different weapons. While the game is available as a free download from the developer’s website as a sample run, the first edition with its Codex Scientia is extremely rare to find.

The distributor released only 3,000 units when the game first came out, not believing in the game’s success. One of those 3,000 sealed copies recently went for $2,550 at auction.

The arena is the first game in the series, and one of the more interesting facts about the game is that your character can get drunk while playing, but that also can get you in trouble. If your character drinks too much, your stats can decrease until the character’s death. 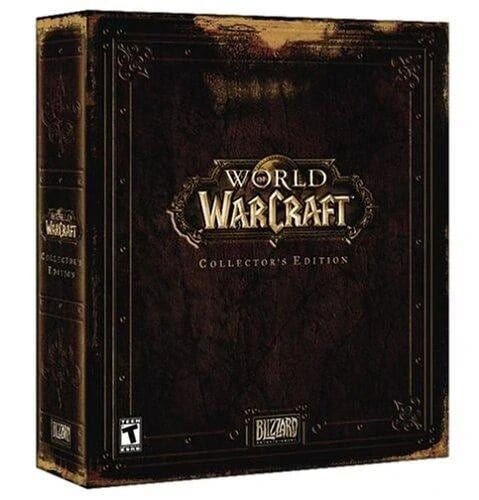 The massively popular multiplayer game has different plots that are playable through various expansion packs. The game is set for players to work together in completing quests, player versus player combat if that is what the players want, but it is also designed for a solo play.

Blizzard made the special Collector’s Edition with World of Warcraft Soundtrack CD, exclusive in-game pet for every character, behind the scenes with the game’s cut-scenes, and 280-page coffee table book „The Art of World of Warcraft“ , among other memorabilia. That is a limited edition, beyond among collectors to find, especially brand new, unopened copies.

One of the game’s cities, Shattrath, has a little blood elf merchant called Haris Pilton who is known for selling a legendary bag called „Gigantique“.

This trilogy is an out-of-print, limited edition issued in only 6,000 units, containing three movies – The 7th Voyage of Sinbad, The Golden Voyage of Sinbad, and Sinbad and the Eye of the Tiger. All three follow the journey of Sinbad the Sailor, a hero from Middle Eastern stories.

While the DVD sets of movies alone cost a lot less than the trilogy, this blu-ray edition has filmmaking legend Ray Harryhausen featuring special effects in stop motion Technicolor animation.

The first movie from the trilogy, The 7th Voyage of Sinbad, was selected by the Library of Congress as one of the finest fantasy films of all time. 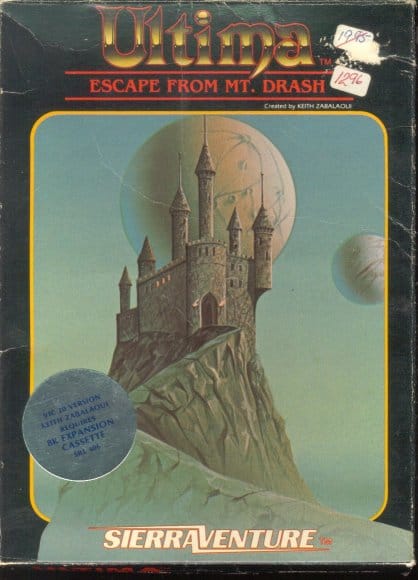 The developer described Escape from Mt. Drash as a game of life. This role-playing game centers around a plot where players have to escape from Mt. Drash dungeons. The game plan is simple, with three dungeons filled with monsters that you have to defeat to escape. Mt. Drash wasn’t supposed to be part of the Ultima series. Because of that, the developer issued a limited edition.

The game was a popular piece in recent years among collectors, as there was a tell only 3,000 or so copies were released though exact numbers are not known. First copies were found at the beginning of this century, and some were sold for more than $3,000. But the most expensive copy was sold in 2017 for $9,002.

The first edition of the game was produced for Commodore VIC-20 8-bit home computer, but the game needed memory expansion, or players wouldn’t be able to play it. 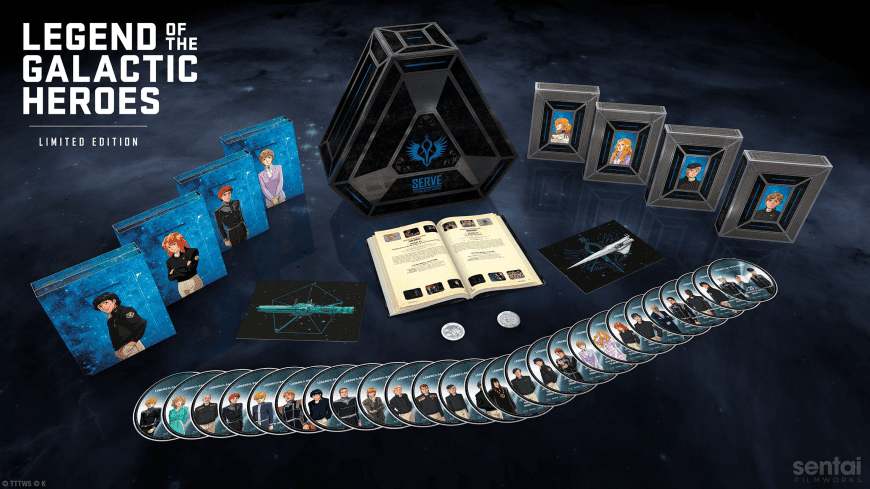 Anime adaption based on science fiction novels by Yoshiki Tanaka ran from 1988 to 1997. Legend of the Galactic Heros was the second adaptation and the longest-running series of the novels. The plot follows two monarchic galactic empires rivaling each other in the distant future.

The Japanese production company, Kitty Films, sold the rights to the anime to Sentai Filmworks, which released it in 2017 in North America. The following year, the studio released a limited edition Premium Box Set with only 1,000 units, including the entire series of 162 episodes, three movies, the official book of the franchise, and two commemorative coins.

While people might assume that anime is a genre for children, a lot of anime explores adult themes and problems, so this genre is absolutely for all ages. Sazae-san is one of the longest-running television shows, with over 7,500 episodes for 52 years. 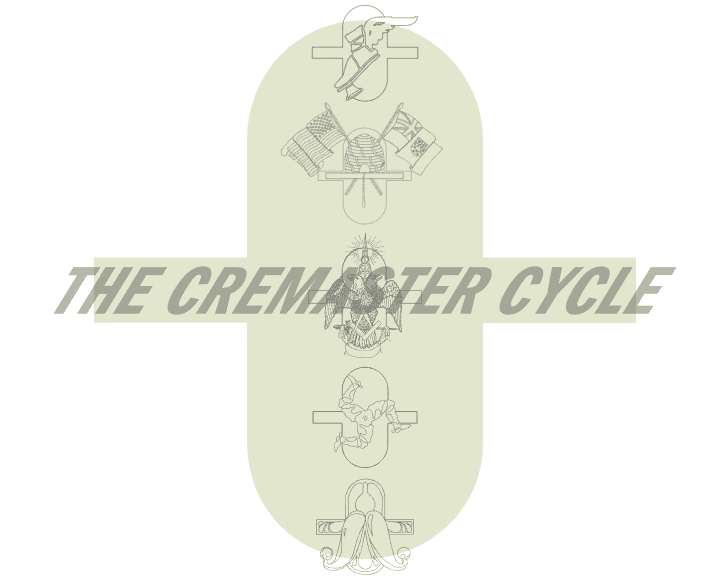 The series of five feature-length films called The Cremaster Cycle by filmmaker Matthew Barney is one of the rarest DVDs to find. This art film is over eight years old, with little to no dialog over its run of almost nine hours for all five combined. The Cycle lies somewhere between a traditional movie and an art installation, following odd characters as they try to accomplish even more unusual tasks, exploring the process of creation.

The movies are not available for mass usage, as there were only 20 DVDs made and sold for $100,000 each, each piece made from hand, with sterling silver, polycarbonated honeycomb beeswax, and nutmeg. In 2007 Cremaster 2 was sold at auction for over $500,000 as one of the most expensive DVD sets ever sold.

Curator Nancy Spector of the Guggenheim Museum explained the movie as „a self-enclosed aesthetic system“. Cremaster got its name from the cremaster muscle found in males, as the movie explains sexual development beyond biology with inclusions of other realms, such as geology and mythology.