17 Most Expensive & Rarest CryptoPunks Ever Sold (Updated May 2021)

CryptoPunks are often cited as being one of the first NFT (non-fungible token) on the Ethereum blockchain. These little pixel art characters are currently one of the hottest digital collectibles in the world, selling for millions of dollars. Yes, ownership of these little CryptoPunk characters, is worth millions!

CryptoPunks were created by Larva Labs, a two-person team consisting of Matt Hall and John Watkinson, two software developers from Canada. Only 10,000 CryptoPunks were created and Hall and Watkinson said that no more will ever be made. Originally, Hall and Watkinson gave away the CryptoPunks for free to anyone who had an Ethereum wallet. They were launched in June 2017 and for several years only small sales happened. Then in early 2021, the value of CryptoPunks exploded as NFTs were suddenly catching everyone’s attention.

The 10,000 CryptoPunks primarily consist of males and females with various combinations of accessories. However, there are three special series: Aliens (there are only 9), Apes (only 24), and Zombies (only 88).

Please note that this list is arranged by Ether value (the cryptocurrency used by Ethereum) and its value in USD is always changing. As of April 2021, the information on this list is as accurate as possible and will be updated as needed. CryptoPunk sales are happening quite often these days, so this list can change at any time. 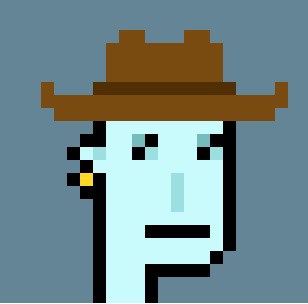 For this list, we have decided that CryptoPunk #3443 is the least rare of the Alien punks because there has been no activity since it was first claimed on June 23, 2017. The current owner of CryptoPunk #3443 has not been active since back in 2017, which means it could be possible that this person has lost the password/access to their account and can’t actually do anything with CryptoPunk #3443 – this is something that happens quite often with cryptocurrency wallets. There have been numerous bids on CryptoPunk #3443, including some for several millions of dollars. Yet no bid has been accepted, leading to the plausibility that the owner of CryptoPunk #3443 can’t sale this rare Alien punk even if they want to. 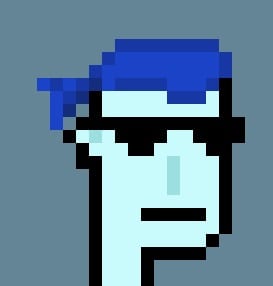 Due to the way this list has been arranged – by Ether value – CryptoPunk #635 is near the bottom. However, CryptoPunk #635 is probably seen by many as one of the rarest CryptoPunks because its one of 1,000 owned by the CryptoPunk developers Matt Hall and John Watkinson. While Hall and Watkinson gave away the 10,000 CryptoPunks for free, they kept the first 1,000 for themselves just in case they turned into something.

Four years later, CryptoPunks and NFTs in general have taken the digital investment world by storm. While Hall and Watkinson have mostly held onto their 1,000 CryptoPunks, a single lot of nine of these rare punks is going to put up for sale by Christie’s on May 13, 2021. The lot is part of Christie’s 21st Century Evening Sale and it includes CryptoPunk #635. So, in a few weeks, CryptoPunk #635 and the others in the lot may just end up being more valuable than all of the other CryptoPunks on this list combined. 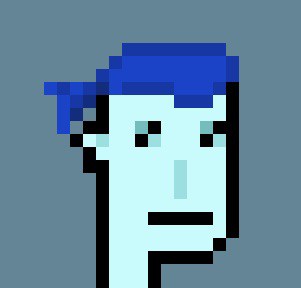 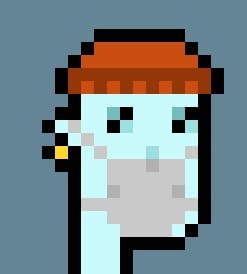 CryptoPunk #7532  is sporting some interesting fashion with an earring, knitted cap, and medical mask, which is very appropriate for the world’s present situation. Like most of the other Alien punks on this list, CryptoPunk #7532 was only sold once, not long after it was first claimed in 2017. It was sold for 8 Ether ($1,646 at the time) on July 10, 2017. There have been no big bids since then, but recently there has been some transfer activity for this Alien punk. 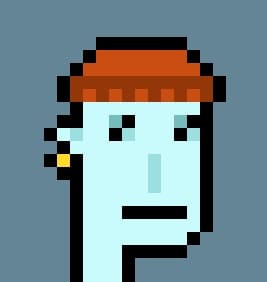 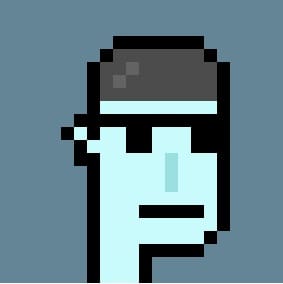 CryptoPunk #5905 is one of the rare Alien punks that has not been sold since it was minted in 2017. In July of that year, it was sold for 10 Ether ($2,690 at the time). While there have been some bids since then, the current owner of CryptoPunk #5905 appears to be holding out for the right offer. 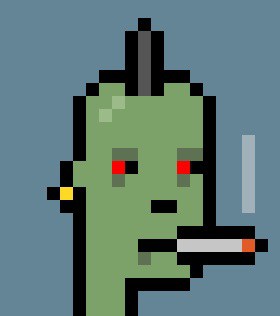 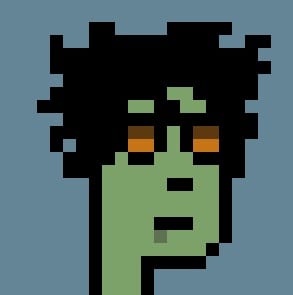 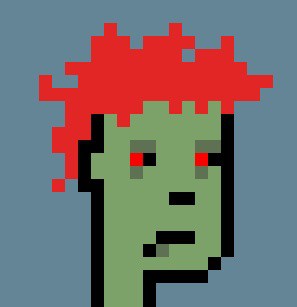 CryptoPunk #3393 is from the third rarest punk series, the Zombies. Currently, it is the most valuable Zombie punk, and was sold for 500 Ether ($954,650 at the time). This Zombie punk features a frown and crazy hair and had never been sold after it was claimed in 2017, until March 2021. 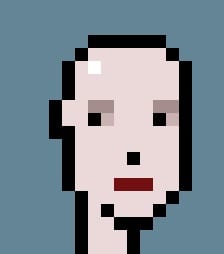 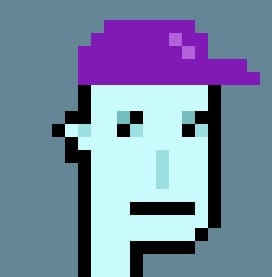 A few months before NFTs really made their mark and skyrocketed in sales, CryptoPunk #2890 was put up for sale by its owner and quickly scooped up by FlamingoDAO, a fund with roughly 40 members and 4,800 Ether in pooled capital. According to its representative Priyanka Desai, FlamingoDAO has hundreds of NFTs in its growing collection, including rare Autoglyphs, NBA Top Shot cards, and land plots in various metaverses. FlamingoDAO shelled out 605 Ether for CryptoPunk #2890, which was about $761,890 at the time and this investment has paid off as its value has more than doubled in just a few months. 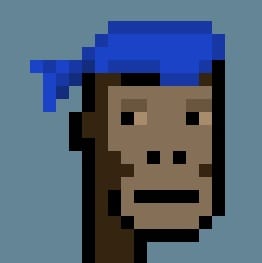 Although its record has now been surpassed many times, in mid-February 2021, the sale of CryptoPunk #4156 for 650 Ether ($1.25 million at the time) was surprising and one of the most expensive NFTs. This rare bandana wearing Ape punk had several different owners since it was minted in 2017 and it was last sold in September 2018 for only 3.29 Ether ($645). Several bids were made on CryptoPunk #4156 before the winning bid on February 18th was accepted.

One of the people who bid on CryptoPunk #4156 more than once was semi-anonymous NFT collector Pranksy. 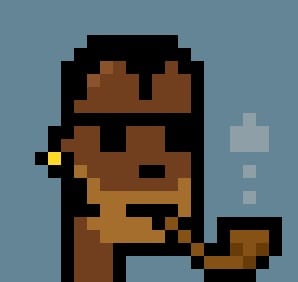 Although CryptoPunk #3011 is a male punk, the most common type of CryptoPunk, it was very recently sold for 667 Ether ($1.76 million at the time). CryptoPunk #3011 does feature a wide array of pretty rare accessories, which most likely explains its high value. Only 11 CryptoPunks have six attributes. This punk is wearing vampire hair, a frown, an earring, a normal beard, small shades, and is smoking a pipe. CryptoPunk #3011 has changed hands several times since 2017 and it was actually sold on March 12, 2021 for 400 Ether ($726,460 at the time); this is 13th highest CryptoPunk sale.

At the time, Pranksy’s sale of CryptoPunk #2140 was the third highest single NFT ever sold and the second highest CryptoPunk sale – both records have since been broken. 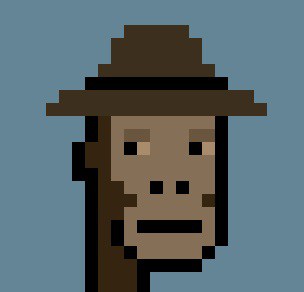 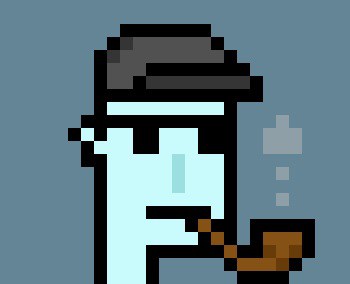 CryptoPunk #7804 is one of the few CryptoPunks that comes with a bit of documented history. On the same day that CryptoPunk #3100 was sold, Dylan Field, CEO of software startup Figma, also sold CryptoPunk #7804 for 4,200 Ether (valued at $7.57 million at the time of the sale). Field had purchased the highly valuable CryptoPunk in 2018 from its original owner for only 12 Ether ($14,988 at the time).

CryptoPunk #7804 now belongs to an anonymous investor known on Twitter as “Peruggia.”

CryptoPunk #7804 features a pretty rare combination of accessories: a Cap Forward worn by 253 other punks, a Pipe used by 316 other punks, and Small Shades worn by 377 other punks. 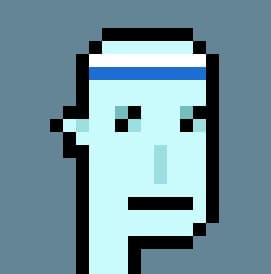 CryptoPunk #3100 is most expensive singular NFT ever sold so far – there have been many large collections, like Beeple’s Everydays: The First 5000 Days, sold as NFTs for tens of millions of dollars.

14 Rarest CryptoKitties in the World