10 Rarest Collectibles to Ever Exist

Collectibles prove that what started as a childhood hobby or passion can spiral into auction wars worth millions of dollars. The business of collectibles is a profitable one, transforming something like a one cent stamp into a priceless artifact. Whether it’s amassing coins, cards, or wines, there is a rare collectible for every enthusiast. Read below to discover some of the most unique collectibles to ever exist. And, after, sort through some of your childhood memorabilia— you might find something priceless!

Value: $166,100
Copies in Existence: 1,100
Claim to Fame: One of the rarest and most powerful Magic the Gathering cards 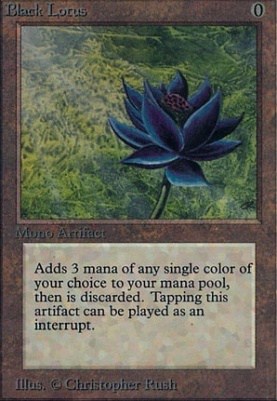 The Black Lotus card is part of the original Limited Edition Alpha Set from 1993, the first Magic the Gathering card deck. It’s also part of the Power Nine, a group of cards from the Alpha set with disproportionate abilities. Wizards of the Coast, Magic the Gathering’s parent company, only released 1,100 copies of the card, making it highly coveted for any Magic enthusiast. With that said, the card is banned or restricted in most tournament formats since it gives its owner an unfair advantage over players who can’t afford it.

The Black Lotus, along with the other Power Nine cards, is on Magic the Gathering’s Reserved List. This means that the company has promised to never reproduce an exact replica of the original card.

Value: $15,000
Copies in Existence: Unknown, but thought to be very few
Claim to Fame: It was only released in Canada, making it hard to come by today. 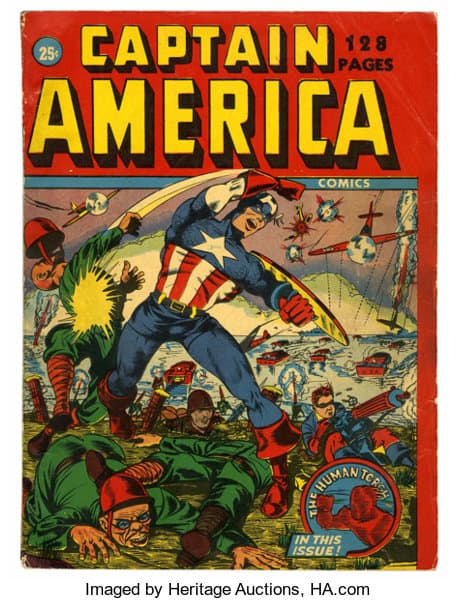 While the exact number of copies for this lengthy 1942 Captain America comic book remains unknown, production numbers are assumed quite low since it was only sold in Canada. Additionally, it’s rare to find a copy of this issue in its complete form and, so far, only one intact copy has been on auction. Although the cover states that the comic is 128 pages, it is actually 132. It contains Marvel Mysteries Comics #33 and Captain America #18 in black and white.

Value: $7,590,000
Copies in Existence: About 20
Claim to Fame: Most copies of this coin were melted down by the US government. 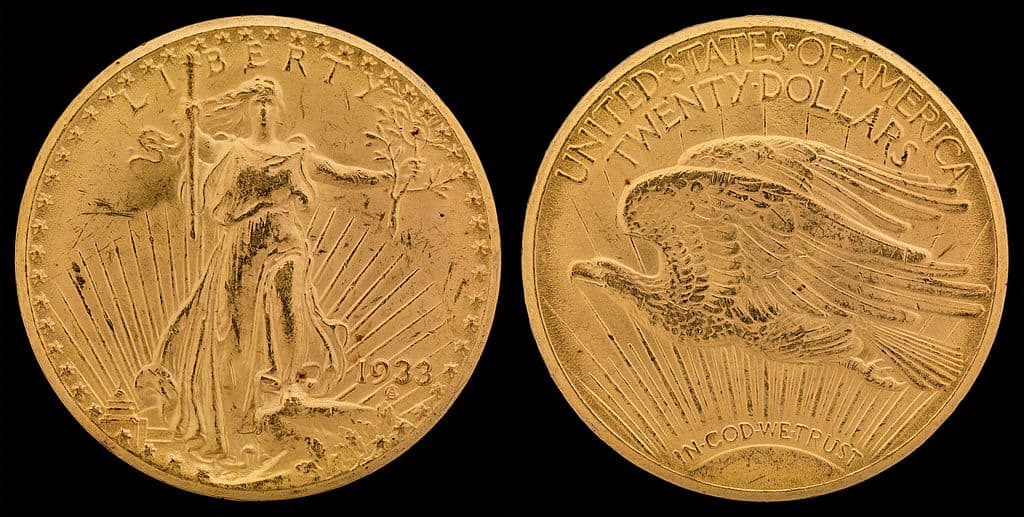 The 1933 Saint-Gaudens Gold Double Eagle $20 coin is difficult to track down for a number of reasons. While the US mint originally printed over 400,000 copies, President Franklin Roosevelt ordered the gold coins be melted down to create gold bars that would better support the economy. With that said, several of the coins slipped past the government and have reappeared in the decades since. Today, there are about 20 1933 Double Eagles in existence with all but one owned by the US government. At a cost of over $7 million, the coin has certainly grown in value since its humble $20 beginnings.

One woman discovered 10 of these coins in her possession and sent them to the US Mint for authentication. When the Mint discovered the coins were legitimate, they confiscated them from her.

Value: $7,500
Copies in Existence: 12
Claim to Fame: The doll was a special edition that came with real diamonds 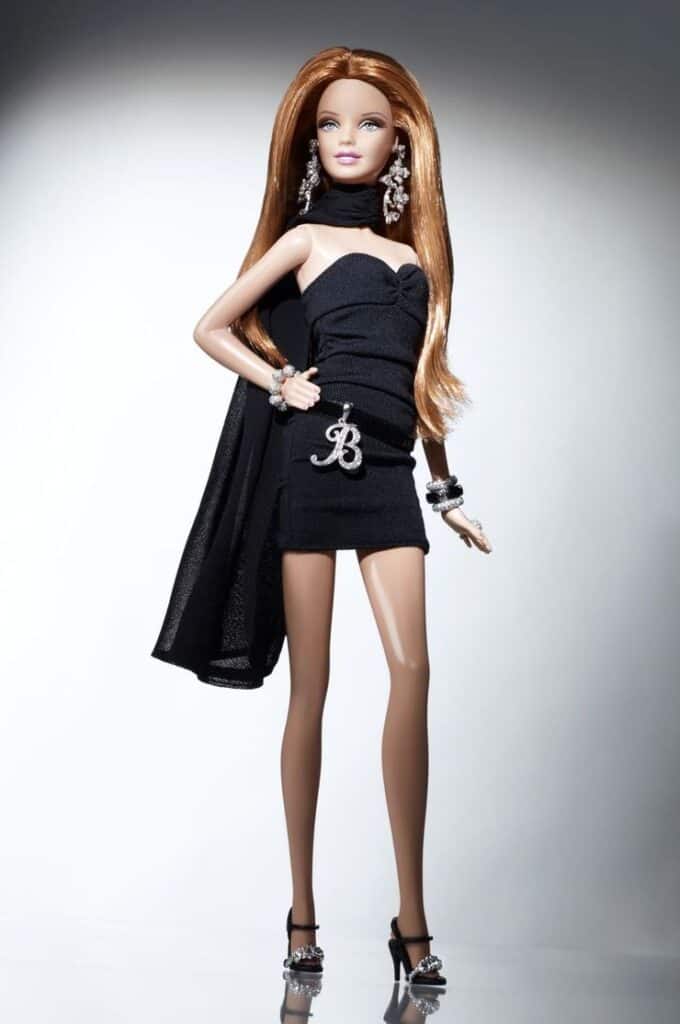 Jewelry designer Lorraine Schwartz gave Barbie a glam and exclusive revamp in 2010. This Barbie features long diamond earrings, a diamond belt and diamond encrusted shoes. Since only 12 of these dolls exist, they are quite expensive. The most recent one sold at auction for $7,500.  Besides Barbie, Schwartz counts Beyonce, Blake Lively and Kim Kardashian among her celebrity clients.

The real diamonds featured on this Barbie are rumored to cost $25,000.

Value:$130,482.24
Copies in Existence: 12
Claim to Fame: The ampoules are handmade with artistic and scientific precision 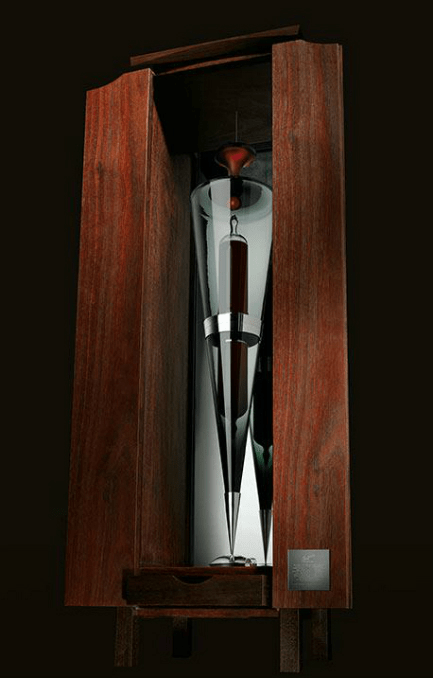 Penfolds’ super limited edition handmade ampoule celebrates the artistry and science of the company’s wine making process. The ampoule itself is the brainchild of four Australian artisans who worked collaboratively with winemakers and each other to produce the unique product. The ampoule rests in a spear-like glass sculpture, which is further contained in a custom wood box.

The 2004 Cabernet Sauvignon inside the ampoule will be at peak taste until 2030. 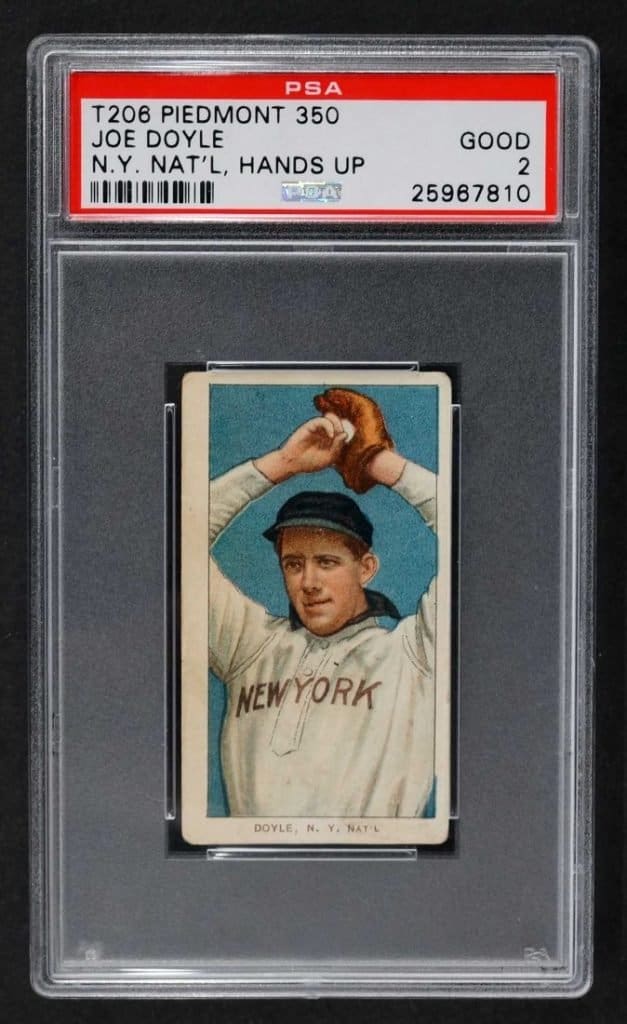 As with many other collectibles, the T206 Doyle Error Card is famous due to a misprint. Rather than the Highlanders, it erroneously lists Joe Doyle as a player for the New York National team. The distribution company noticed this mistake early and, as a result, only a few of these error cards made it through production and into the market. The card was fairly unknown to collectors until the 1990s when a well known dealer amassed four or five of them. To his supposed delight, one of these cards sold for $414,750 in 2012.

Joe Doyle only won 21 games over five seasons, meaning that this card would probably be worthless without its error.

Value: $90,000
Copies in Existence: 7
Claim to Fame: One of seven championship cards made specifically to enter the 1999 Secret Super Battle 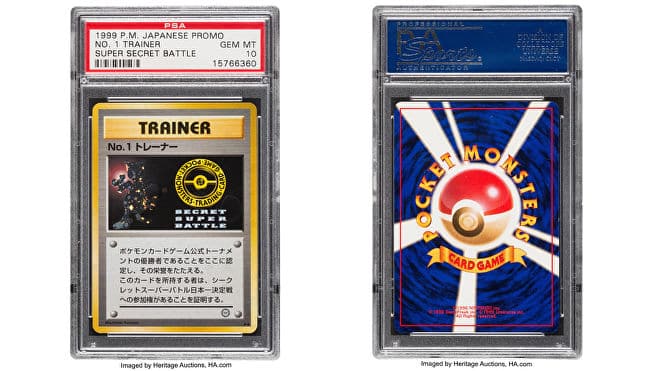 All of the seven holographic Number One Trainer cards were awarded to winners of regional tournaments who then went on to compete in the 1999 Secret Super Battle, which they could only access with these specialty cards. The collectible is considered among the rarest Pokemon cards, with one selling at auction for $90,000. The card features an outline of Mew Two, a powerful Pokemon, and a logo with the name “Pocket Monsters Cardgame.”

Six out of the seven cards remain in perfect mint condition.

Value: $9.5 million
Copies in Existence: 1
Claim to Fame: It is the only stamp of this nature to exist 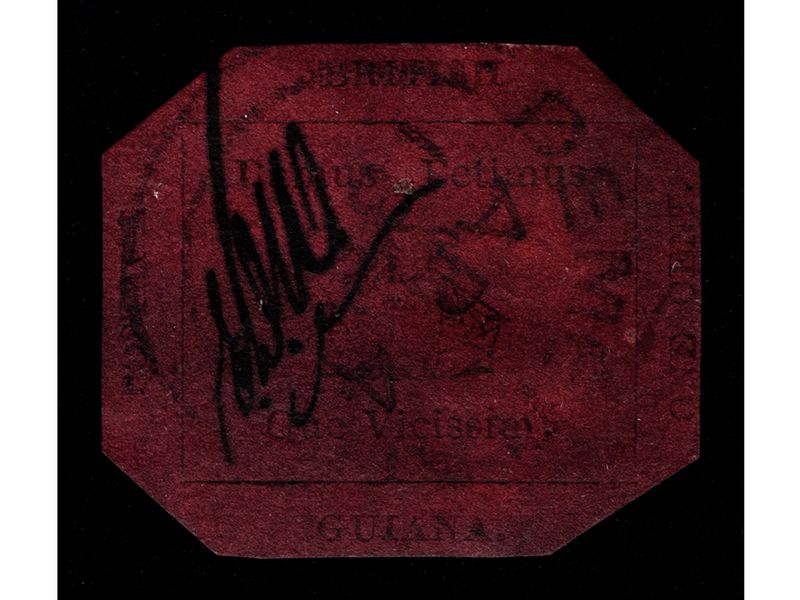 This is one of the rarest collectibles. The 1856 British Guiana One Cent Magenta’s journey from one cent stamp to $9.5 million collector’s item is a storied one. The stamp looks generally unremarkable. It is a single color with no imagery beyond an outlined square and bits of text, including the postal clerk’s initials. The stamp was originally created to supplement when the British government sent British Guiana 5,000 stamps rather than the requested 50,000. The postal clerk was in a pinch and commissioned the local newspaper to create temporary stamps for letters and papers until the real ones were sent in. These temporary stamps did their job well and, once more of the real stamps arrived, the postal service did their best to remove the temporary stamps from circulation. Most of the one cent newspaper stamps met their end in the trash heap— except for one. Once discovered, it was traded between multiple hands and governments and eventually became the most expensive stamp ever in 2014.

The first person who discovered the only known copy of the stamp was a little boy who sold it for about $10.

This is one of the rarest collectibles. Donald Levine, heralded as the father of GI Joe action figures, handpainted the prototype that led to the sales of the first commercially available GI Joe figurines in 1964. Joe’s face is handpainted and his green army uniform and backpack handsewn. It is a one of a kind example of the dedicated thoughtfulness that went into toy making, establishing it as a “holy grail” item for collectors. Until a 2013 auction, the prototype had only been owned by Levine himself and the proprietor of a toy museum.

GI Joe is considered the toy industry’s first action figure— that is, the first doll marketed to boys.

Value: $2 million
Copies in Existence: 1
Claim to Fame: It is a one of a kind “secret” album from an internationally acclaimed hip hop group the Wu-Tang Clan 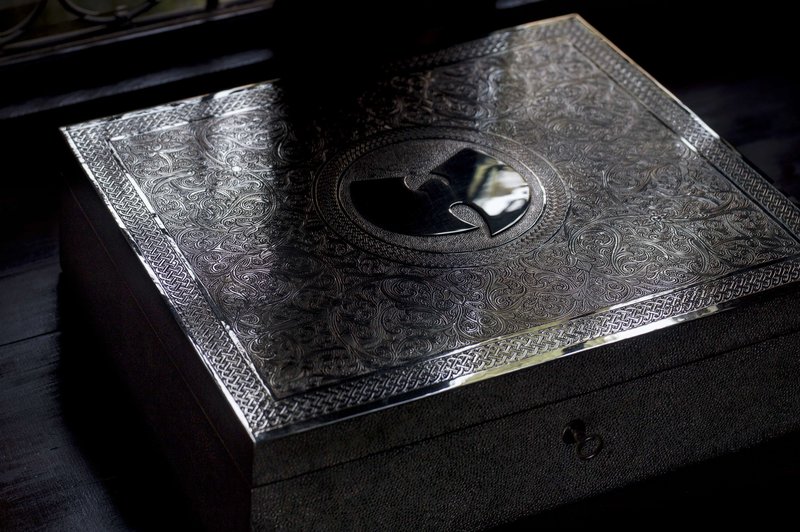 This is one of the rarest collectibles. “Once Upon a Time in Shaolin” is a special edition album meant to mimic the artistry and enduring nature of something like the pyramids. Wu-Tang Clan producer Cilvaringz didn’t just want to make music. He wanted to create an artifact. It was sold in 2015 to infamous “Pharma Bro” Martin Shkreli as an exclusive collector’s item, a decision Wu-Tang Clan and their associates later regretted when Shkreli’s crimes came to light after the sale. They donated most of the profits from the album to charity and publicly denounced Shkreli. Federal authorities seized the album in 2018 after Shkreli went to prison.

Many Wu-Tang Clan members were not happy about the album, claiming that they didn’t realize they were recording music for an exclusive project.

11 Rarest Magic Cards Ever Made

10 Rarest Mason Jars Ever Made