Today nearly every home is equipped with playing consoles, but back in the 80s and 90s arcade gaming was all the rage. Companies such as Cinematronics, Williams Electronics, Namco, Cetuari, Atari produced some great arcade machines with a cult-like following for games.

The games were promising from shooter games to side-scrolling story games, tactical games, and whatnot. They involved innovative mechanics way ahead of their time. Most of these games would not garner much attention as they were specific to cabinets only and couldn’t reach a mass population. The arcade machines would end up getting shelved or getting set up in a corner of a restaurant or diner.
Today these unique games have become more of a collector’s item and people would love to dig up obscure arcade games to play them once again.

Consider yourself lucky if you got to play any of these nine rare arcade game mentioned below: 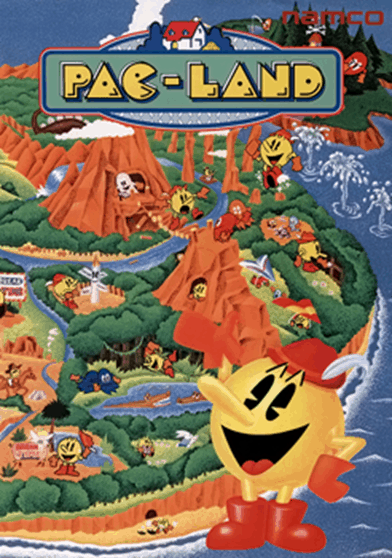 Pac-Man was one of the first side-scrolling platform games to become an instant hit, introduced and developed by Namco in 1984, in North America it was distributed by Midway Games, a full year before Mario Bros became popularized for the side-scrolling aesthetics. Pacland is action-packed and has everything you’d want in a side-scrolling game. It has pitfalls, powers up, jumps, level-ups, and a story that plays throughout the game.

The mission of the game is to safely transport a fairy back to fairyland, the journey comes with plenty of hurdles a player needs to pass through like quicksand, falling logs ghosts, enemies, spikes, and more. The game wasn’t typical joystick maneuvering but required buttons instead. 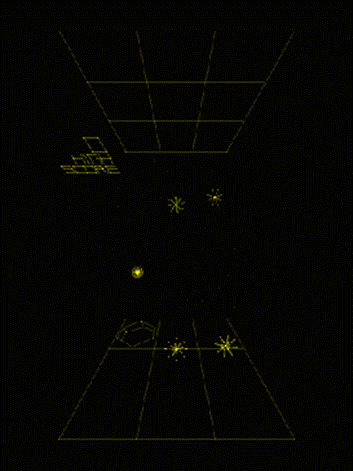 This one is considered almost a lost relic, it is from the time vector graphics were a thing! Sundance was developed and produced by Cinematronics in 1979 and is one of the rarest arcade games ever to be made. It is reported that only 15 were ever produced. The game’s theme is a strategic tactic. In the game, there are two grids set on top of each other while suns and some spherical objects bounce between them. The goal was to capture the suns each time.

In 2010 a functioning Sundance cabinet was found abandoned at some restaurant, the discovery sparked great interest among arcade gamers fuelling online discussion forums into a frenzy. However, somebody mysteriously removed that cabinet, and nothing much about it was known then. 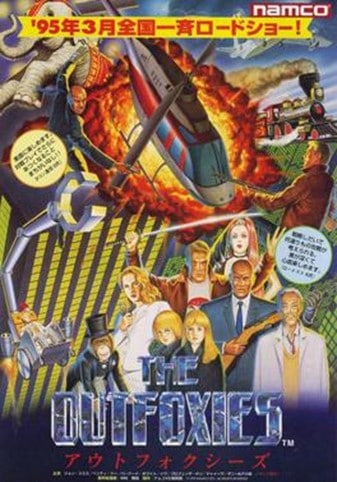 This one is another hit by Namco, the company surely did turn out some great hits. The Outfoxies was developed in 1995 and is a weapon-based fighting arcade game that was published in Japan. The game involves players controlling one of the seven assassins and defeat their opponents using various weapons and tools.

The weapons range from guns, pistols, heavy-duty artillery to much fun stuff like bowls, pies, and even hot soup. The game is critically recognized to be one of the first to add gameplay elements to arena-based fighting games. 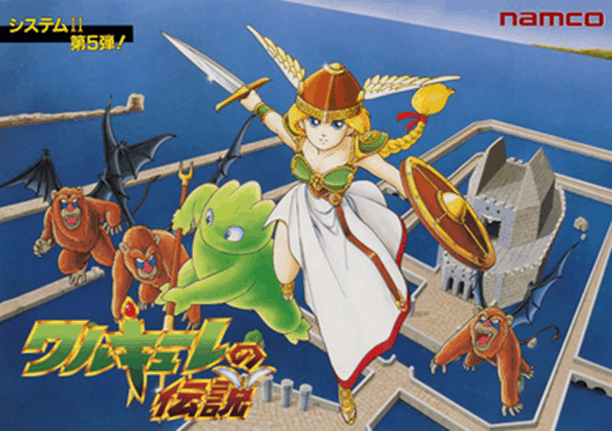 The Legend of Valkyrie aka Valkyrie no Densetsu was published in 1989 by yet again, Namco in Japan. The game is an action-adventure genre and is set in a scenario where Valkyrie has to go through some battle sequences to save the entire humanity from doom.

Players are supposed to control the warrior maiden Valkyrie and her lizard-like companion Kurino Xandra as they set out to take a mythical item called the Golden Seed into the Northern Fountain to save the dying crop fields of Xandra Land. The gameplay sequence involves battling enemies and gathering gold to securing magical spells and weapons in shops.

The game got a lukewarm response but still was one with great engaging mechanics and a story troupe. The game characters were highly inspired by Wizard of Oz. 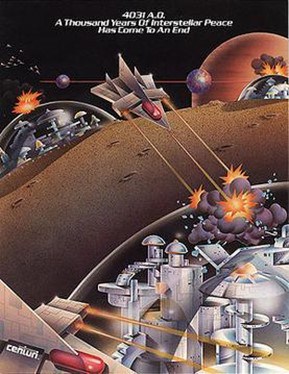 Aztarac is a scrolling shooting arcade game that was developed by Tim Stryker for Centuri in 1983.

Aztarac’s arcade cabinet is not your typical thing, the machine has a giant circular hole that protrudes towards the player giving the player an interesting and distorted way to view the screen. This design uniqueness adds to its value. The gameplay is built on an intergalactic scheme, where the player is the leader of the mutant race and has to fight battles with extra-terrestrial enemies.

The game got a lukewarm response but still was one with great engaging mechanics and a story troupe. The game characters were highly inspired by Wizard of Oz. 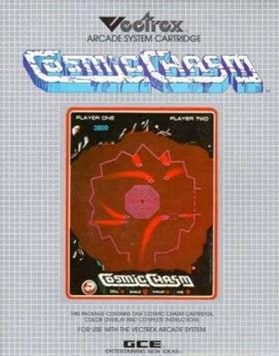 Cosmic Chasm was one of the last games produced by Cinematronics in 1983. Soon the company applied for bankruptcy. There aren’t many of these cabinets that made to production and henceforth their collector value has increased many folds making it one of the rare finds. The game is a color vector game set on the premise of an outer space battle.

The players control a spaceship that has infiltrated Cosmic Chasm space station and seeks to destroy it. The cabinet built was unique in design as the centre screen was set deep in the cabinet pulling the player inside to increase engagement.

Williams Electronics produced some great designs of arcade cabinets; one of such designs was for the Blaster in which people could sit to get a full experience of the game. These were massive in size and only five of these were ever made, hence makes them super rare. People actively verify where each machine is in the world to keep track of their locations. 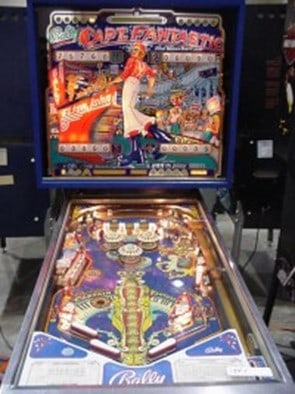 Bally created this for Sir Elton John’s endorsement who is known for a great many things and also for his love for pinball. Elton John had a pretty specific idea for the type of machine he was going to endorse. Bally came thoroughly on his unconventional idea and hence this one of kind arcade game was produced.

In Captain Fantastic, players launch the ball and then wait for five seconds before they hold the ball to plan their next flipper and ramp moves. Captain Fantastic is critically considered the inspiration for future tactical games. 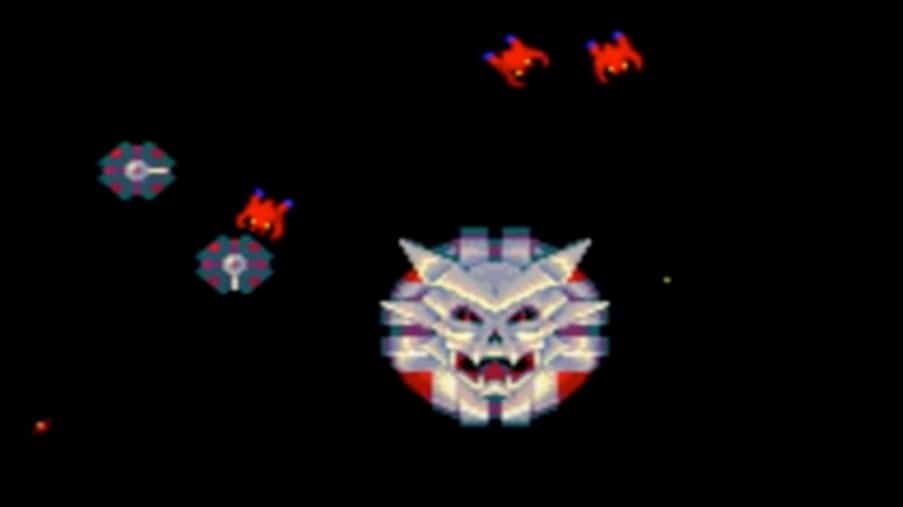 William Electronics as mentioned before in the article were known for its a great many unique designs for its arcade game machines. One of such designs was Duramolds. These were cylindrical machines and were made of plastic instead of regular wood manufacturing.

Few games such as Bubbles and Blasters also got a Duramolds version. The rarest Duramold was developed for the game Sinstar and was released in May 1983, the cabinets were discontinued because the screen would pop out of them and the production for these was quickly ceased, making these all the more elusive.

A Sinstair Duramold Arcade Game is the most rare arcade game.

10 Rarest Pets in Adopt Me!