Poodles are an intelligent, lively breed most recognized for their curly, hypoallergenic fur, funny hairstyles and zany dye jobs. In the world of poodle breeding, training and dog shows, a major focus of the breed is the many colors they come in. The American Kennel Club (AKC) has standardized poodle colors that all depend on the proper genetic combinations as well as a few anomalies. Learn about the different poodles colors below and how each one has come to be!

Color Family: Black
Parent Colors: Black and anything else, but avoid silvers 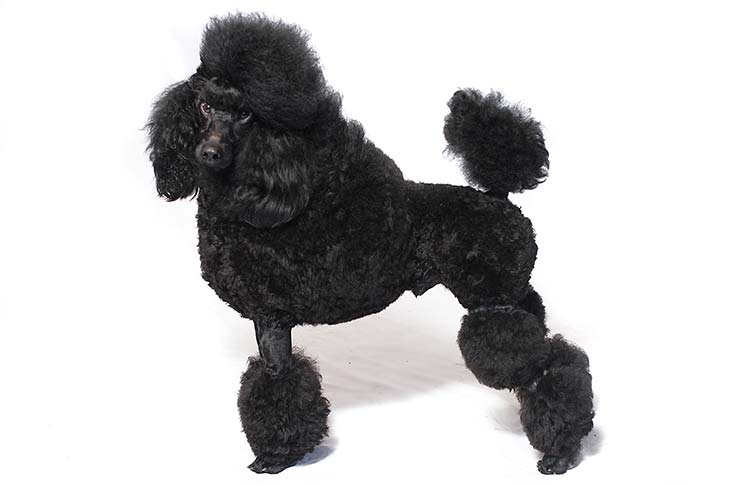 The most common poodle color is black. In general, darker tones are genetically dominant, meaning they’re more likely to manifest when mixed with other colors. The same logic applies to hair colors in humans. With that said, black poodles with a recessive gene for fading can become silver or blue as they age so the color doesn’t always last.

Poodles are considered one of the smartest dog breeds, which explains their popularity in dog shows and other events that rank training and obedience. 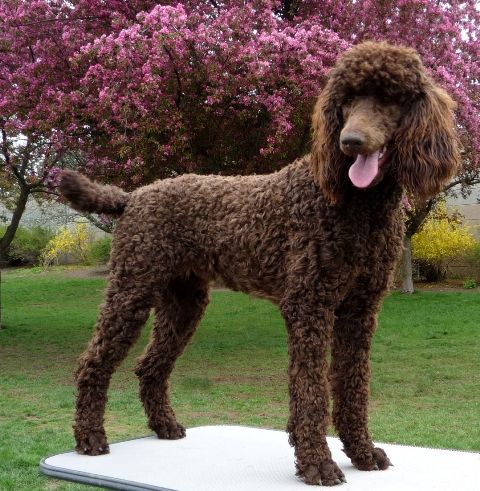 Like black poodles, brown poodles are quite common due to a dominant gene. Also similar to black poodles, some brown poodles have a gene that fades their fur over time, turning them cafe au lait or silver. Breeding with colors like silver introduces this gene and makes the dogs less desirable in dog shows and other competitions.

Poodles are often strategically bred for specific color outcomes and to reduce fading and liver spots. 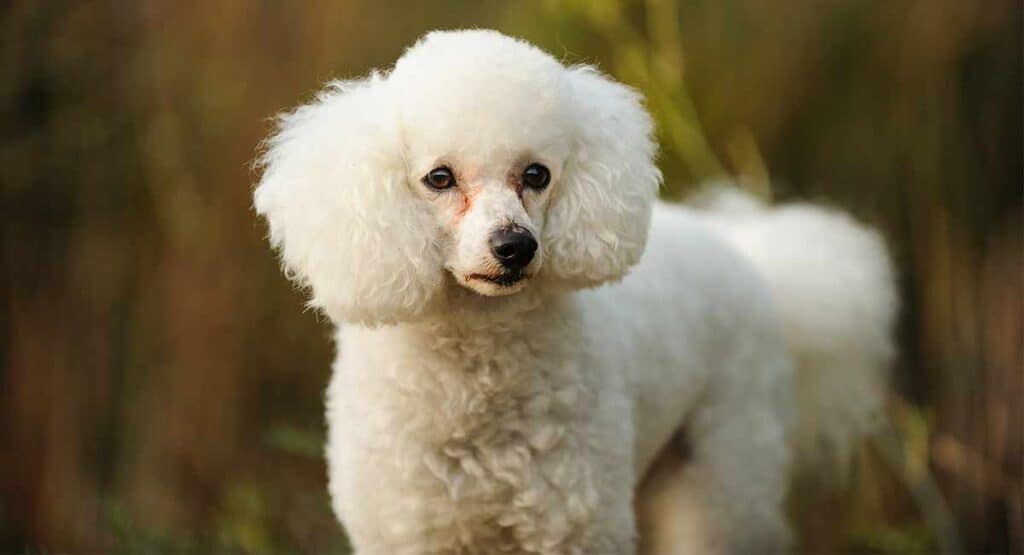 White poodles are quite popular among dog owners, so they aren’t very rare despite the fact that they’re recessive. This is possible because breeders have special techniques to keep  genetic anomalies out of the pool so the puppies will always be white. Unfortunately, the color has some links to deafness in dogs. Additionally, there are various shades of white and dog breeders are quick to point out that a cream poodle is distinct from a truly white one.

Poodles are hypoallergenic because they lack a specific protein that causes histamine responses in humans. 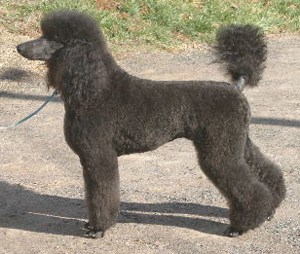 Just as a Russian Blue cat isn’t actually blue, neither is a blue poodle (crazy dye jobs aside). Instead, a blue poodle is a deeper shade of silver and possesses the same gene that fades black fur over time, although they only possess one of these genes, which allows them to stay darker.

Some blue poodles have a brown hue as they mature, making them difficult to register with the American Kennel Club as truly blue. 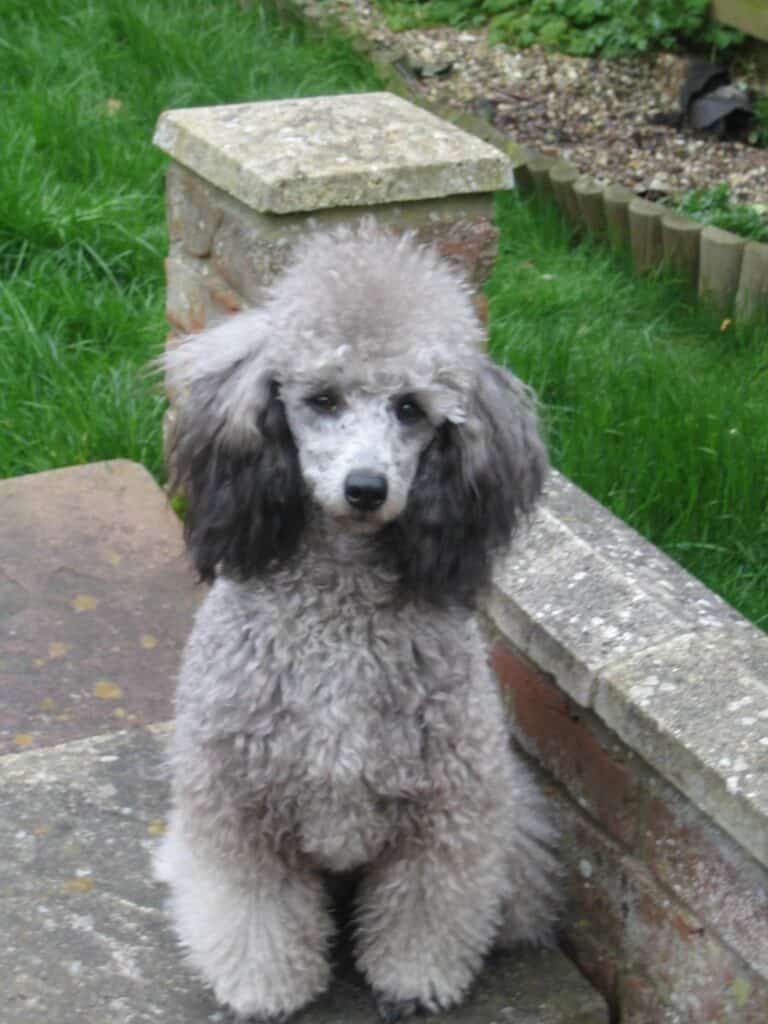 Silver poodles are some of the most highly desirable, but they’re difficult to find in nature because they require two recessive genes. Silver poodles are born black and have two genes that make their color fade over time, usually within a year or two of life.

The first poodle was registered with the Kennel Club in England in 1874. 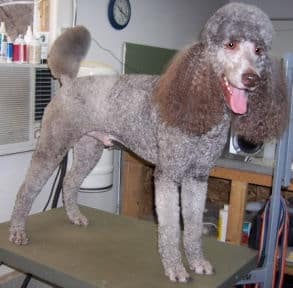 Silver beige is developed by breeding two silver or blue poodles that also carry the gene for a brown coat with the recessive fading gene. As a result, all poodles born in this litter will be silver beige. Like most other poodles in this color family, the puppies are born black or dark brown and fade over time. A true silver beige will look appear beige with silver fur spattered in. 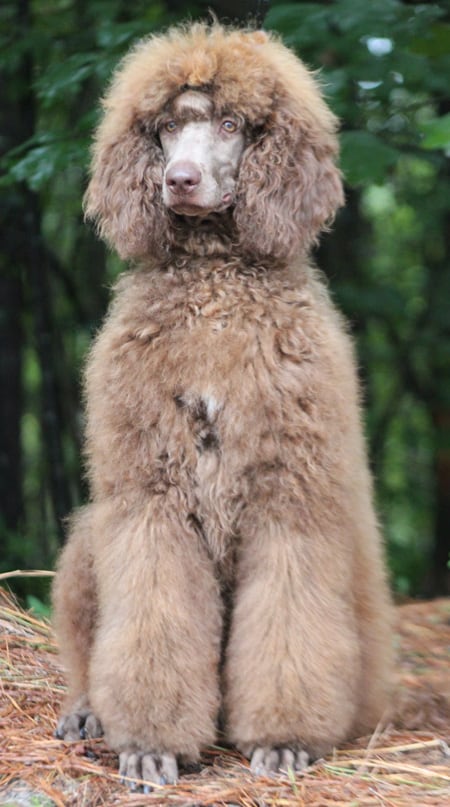 Cafe au Lait is the result of a fading gene in brown coats. Unlike silver beige, this color doesn’t have silver but is closer to a dark cream hue. In general, the poodles match the description of “coffee with milk,” but the color changes over time as is true with most faded coat colors.

The American Kennel Club, one of the foremost authorities on dogs, was founded in 1884. 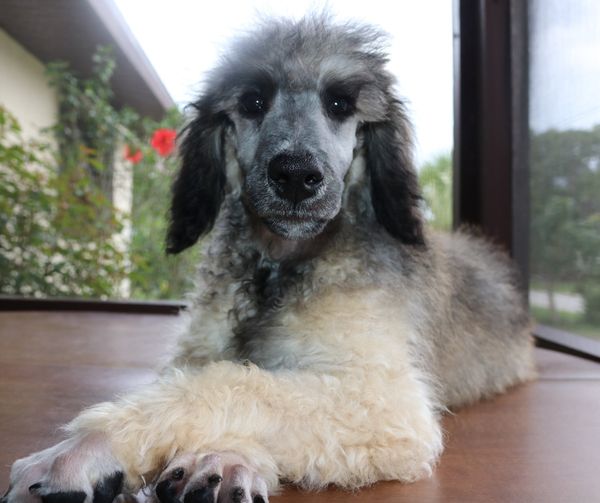 Sable isn’t a color, but describes poodles of various hues with black tipped fur. To put it another way, a sable poodle has the opposite of frosted tips. Although the sable characteristic comes from a dominant gene, these kinds of poodles are quite rare. This is probably because the black tips fade as the dog matures so older poodles with the sable gene might not look like they have it. Additionally, many breeders don’t know much about the sable gene so sable poodles are difficult to breed.

Until 2005 the German Poodle Club only allowed poodles with mismatched colors to breed with each other. 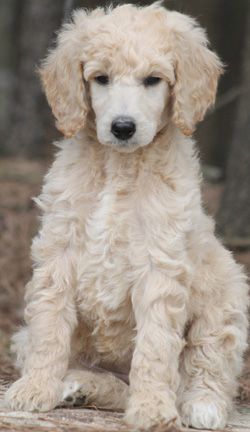 Cream is one of the rarer poodle colors because it requires a recessive gene as well as specific breeding. It’s usually attained by mixing the fading gene found in silver poodles with red or by introducing the chinchilla gene, which fades apricot fur. Cream is also rare because it’s usually mistaken for white or apricot, meaning that cream poodles are easily miscategorized as the incorrect color. 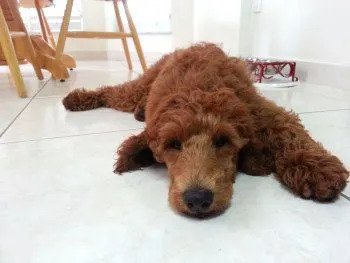 Red poodles are quite rare and vary in vibrancy. They usually carry a fading gene that reduces the redness of their coats over time, which also occurs in black poodles that turn silver. While some believe the red and apricot genes are related, breeders have posited that red poodles are a result of a separate gene nicknamed “Rufus.” The color is recessive.

The American Kennel Club didn’t accept red as a poodle color until 1980. 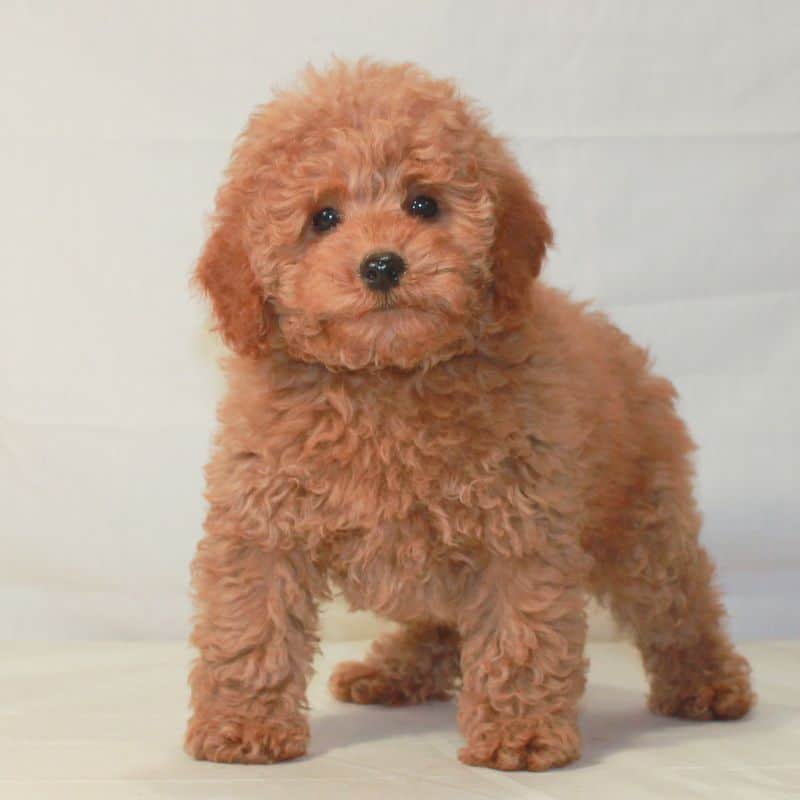 Apricot poodles are the rarest in the world. Caused by a recessive gene, this color comes off as a very light red that borders on cream. As dogs have been genetically bred for generations to have certain characteristics, apricot is hypothesized to be the last color developed in poodles. The first apricot poodle on record was Sowden Yellow Gall in 1898.

The first time an apricot poodle won a dog show was in 1929.

10 Rarest Air Jordan 1s Ever Made