8 Most Expensive Types of Caviar in the World

Humans started fishing around 40,000 to 10,000 BCE. At the time, people mostly used their hands and rudimentary tools to fish. These tools broke down over the centuries, so there isn’t much archeological information about early fishing practices.

However, experts say more advanced fishing tools like spears, nets, and rods appeared around 3500 BCE in Egypt. This was the start of fishing practices we recognize today, but it wouldn’t be until the 15th century that deep-sea fishing and the fish trade really took off.

Although people started fishing so long ago, records of caviar don’t appear until the 4th century BCE. Historians say the Greek scholar Aristotle described this unique food as a figure among luxurious banquets.

Caviar became especially popular in the early 20th century. At the time, caviar from Russia was considered particularly special among American and European consumers — and this public opinion evidently made space for some dubious marketing practices. According to a report by the state of Pennsylvania, an estimated 90% of “Russian caviar” actually came from the U.S.

Today, caviar remains a high-end food with a steep price tag. Depending on the brand and origin, this delicacy can cost thousands of dollars. 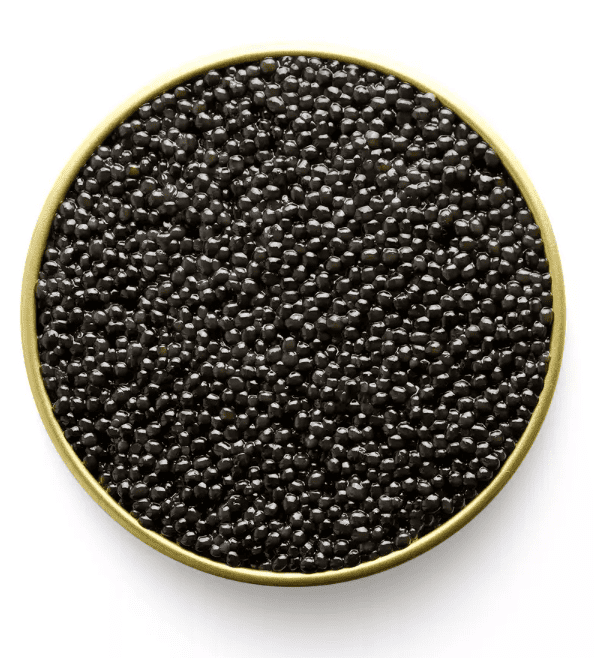 It might be one of the cheaper caviars out there, but it’s still pretty expensive. American Paddlefish Caviar easily costs more than $20 per ounce.

Although it’s not considered high-end caviar, this variety is considered a good entry-point for anyone interested in trying the unique food.

Although the American Paddlefish was once a common fish, the animal has become an endangered species due to harmful fishing practices.

American Paddlefish Caviar ranges in color from light grey to chalky black. This variety is similar in size to the more expensive Sevruga Caviar, but its flavor is considered bold and earthy while Sevruga is described as buttery. 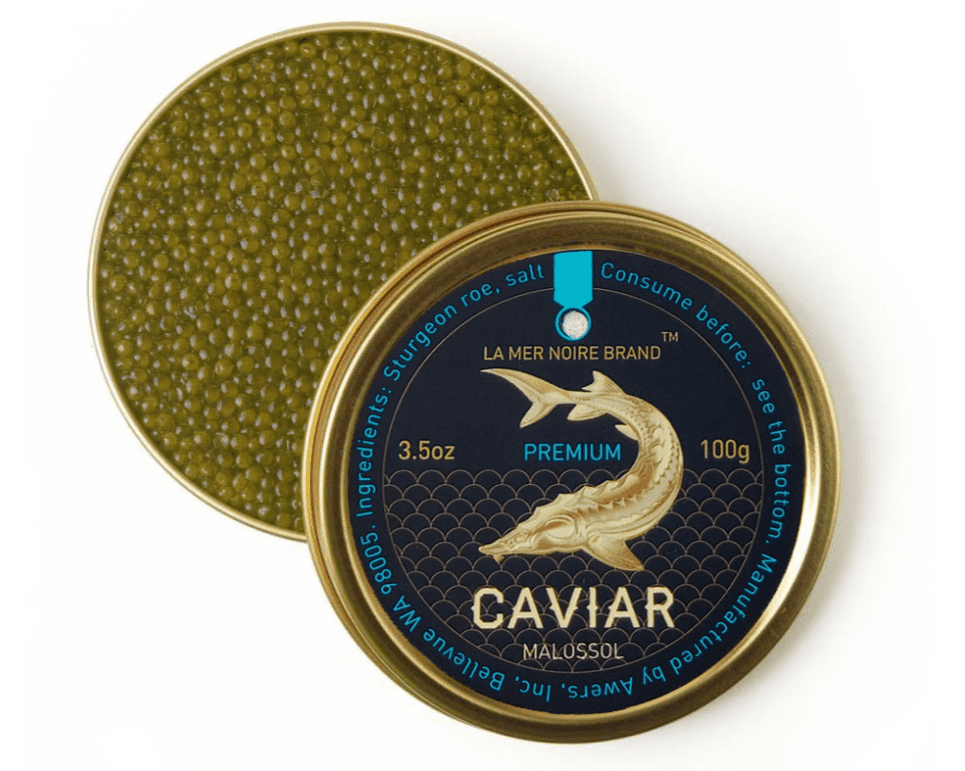 As its name suggests, Kaluga Hybrid Caviar is a hybrid variety. In this case, the Kaluga sturgeon has been blended with the Amur sturgeon to develop a unique flavor profile. Like most caviar, Kaluga is buttery and earthy, but the hybrid blend offers a uniquely full-bodied aftertaste.

Kaluga Hybrid Caviar comes from the River Beluga. Incredibly, this large animal is actually the largest freshwater fish in the world, measuring up to 24 feet long and reaching 3,500 pounds.

Prices can easily surpass $100, but a small, 0.5-ounce container of Kaluga Hybrid Caviar can easily cost $30.

As a member of the sturgeon family, the River Beluga has a family tree with roots dating back over 200 million years. 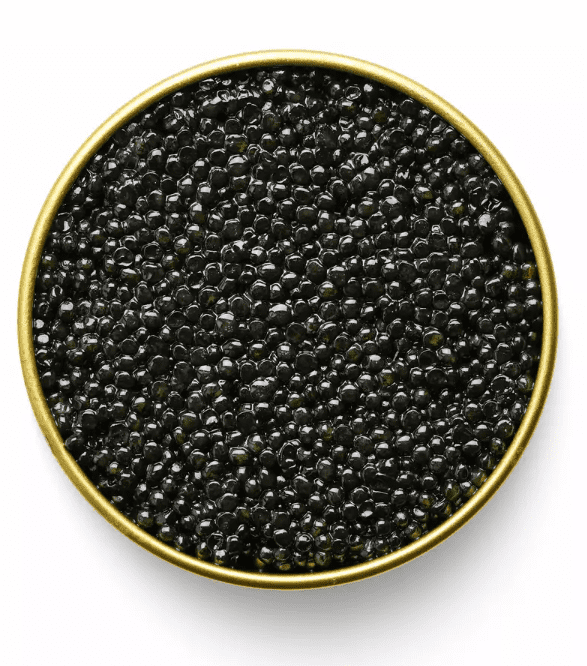 American Hackleback Caviar comes from the Shovelnose sturgeon. These fish are typically found in the Mississippi and Missouri river basins, which range from Montana down to Louissiana and from Pennsylvania over to New Mexico. Shovelnose sturgeon were once abundantly found in many regions throughout the span of these rivers, but the construction of dams has reduced their reach.

Shovelnose sturgeon mostly live along the bottom of the river and eat aquatic insects, mussels, crustaceans, and worms. These habits likely play a key role in the taste of the animal’s eggs, which is called nutty and similar to the more expensive Sevruga caviar.

Although prices can vary widely, a small tin of American Hackleback Caviar easily costs up to $100. That relatively low price makes it a popular alternative to more expensive options.

Although other fish probably eat young Shovelnose sturgeon, humans pose the greatest threat to these fish. According to the University of Michigan’s Museum of Zoology, about 25 tons of Shovelnose sturgeon are harvested by humans annually. The resulting changes to the fish’s habitat has “contributed significantly to the decline of the species.” 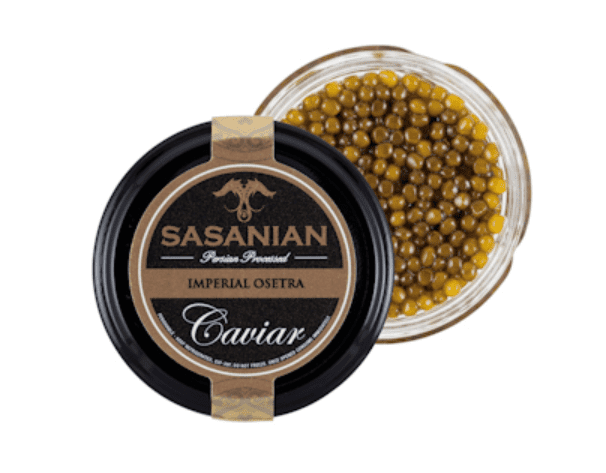 If you’re in the mood for some golden caviar, expect to spend at least $120 per ounce.

The flavor profile of Osetra Caviar is often described as complex and rich. These flavors are imprated by the fish’s diet, which often includes other aquatic creatures like shrimp, small crawfish, and bug larvae.

Golden Osetra Caviar used to be harvested from the Sterlet sturgeon rather than the Ostera, but that fish is now considered a vulnerable species due to overfishing.

According to Caviar Lover, Osetra sturgeon have a lifespan of about 80 years. 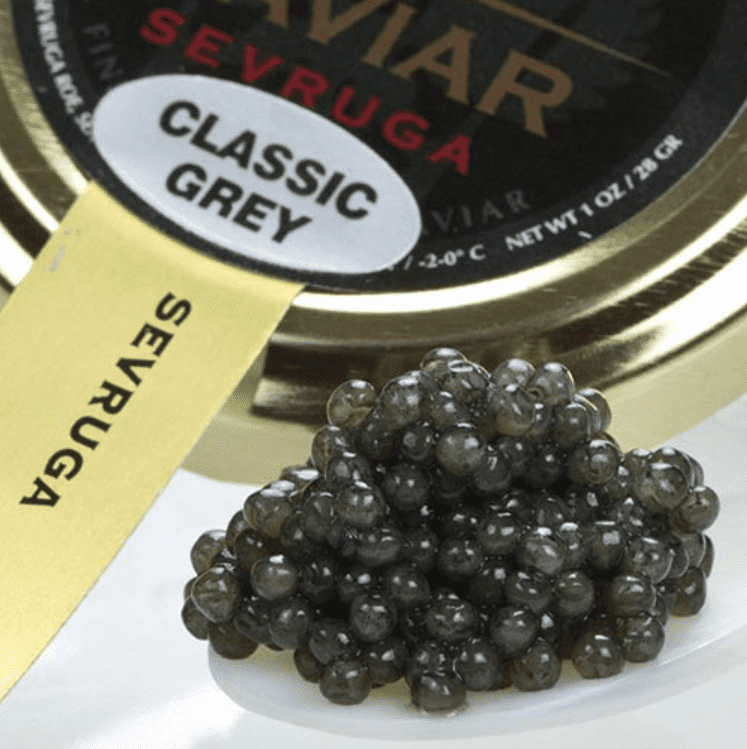 Sevruga Classic Grey Caviar is typically just called sevruga. This type of caviar is produced a lot faster than many other varieties, so it typically has a lower price point than some really high-end options — but it still costs at least $150 for a small tin.

Sevruga is described as crunchy, salty, and buttery. A lot of people suggest serving sevruga plain alongside Champagne, but some enjoy it with blini pancakes, bread, or potatoes.

Sevruga caviar usually ranges from a light grey to a dark black color. 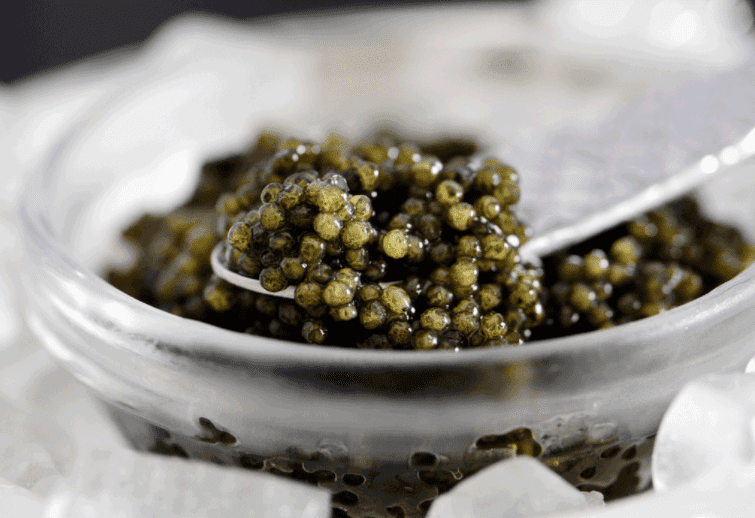 Russian Volga Reserve Ossetra Caviar is only available a few times per year in extremely limited quantities. The rare caviar is harvested from fish aged at least 35 years, then processed using traditional Russian methods. Although techniques vary, processing caviar often involves performing small biopsies on the fish to observe the state of the eggs. Next, the fish is stunned before its ovaries are removed to extract the roe.

In most cases, Russian Reserve Roe will cost you several hundred dollars. This is mostly due to just how long the harvesting process takes. Although actually removing the eggs isn’t that labor intensive, caviar producers often have to keep fish for seven to 10 years before they’re ready for processing.

According to one seller, this variety of caviar is reserved for a few select customers each time stock becomes available. 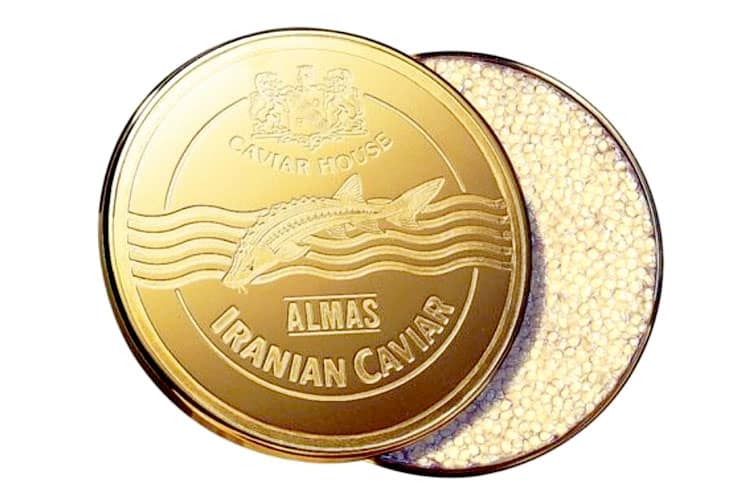 Almas Caviar is known by a few different names, but many people know it as Iranian Caviar. This delicacy is harvested from 60-100 year-old Iranian Beluga, a fish found primarily in the Caspian sea.

Although caviar is often served with other foods, some people suggest serving Almas Caviar by itself to keep the focus on the delicacy’s creamy, nutty flavor.

As you might expect, Almas Caviar is really hard to find for sale. According to one report, the expensive food is only available at select Caviar House & Prunier stores

You might not think about the type of serving platter you eat from, but experts say this caviar should never be eaten off anything made from metal. Reportedly, metal plates could impart a metallic flavor, ruining the caviar. 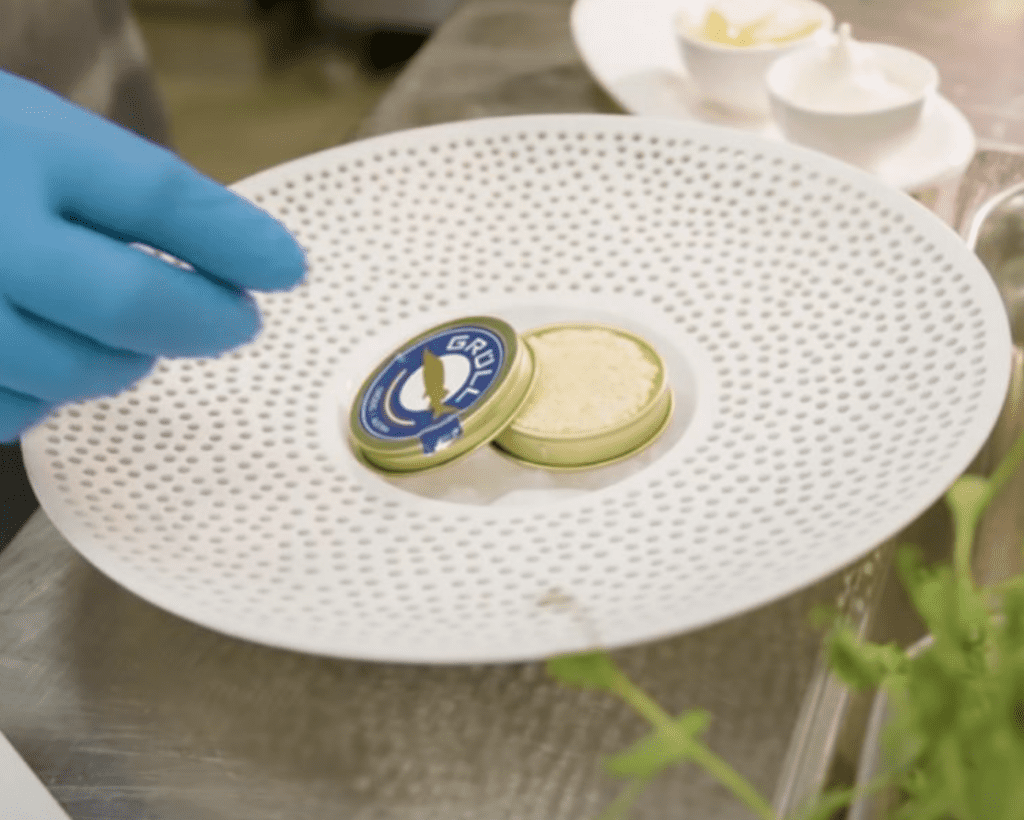 White Gold Caviar is the most expensive caviar in the world.

White Gold Caviar (also known as Strottarga Bianco caviar) can easily cost more than $100,000 per tin, making it the most expensive caviar in the world by far.

A few factors make this caviar expensive, but the biggest contributor is its origin. White Gold Caviar comes from the ultra-rare Albino sturgeon, automatically boosting the price tag. The father and son duo that produces this caviar push the price even further by adding a layer of 24-karat gold leaf to each tin and dehydrating the fish eggs — a process that reduces the size of each harvest and makes the final product even rarer.

With such a massive price tag, some reports call White Gold Caviar the most expensive food product in the world.

According to the farm that makes this caviar, each batch takes eight to 10 years to harvest.