10 Rarest Cat Breeds in the World

The number of recognized cat breeds in the world varies by organization and is either 44 (Cat Fanciers’ Association (CFA)), 49 (Fédération Internationale Féline (FIFe)), or 73 (The International Cat Association (TICA)). It can be difficult to track the population numbers of specific breeds as that information is not typically released to the public. 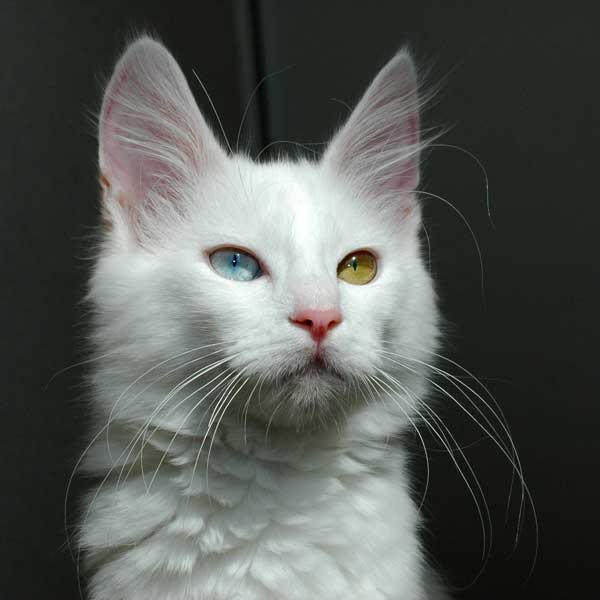 Some of the earliest breeding programs for the Turkish Angora started in Persia in the 1900s but disappeared as a separate breed. However, in its native Turkey, the Turkish Angora was bred at the Ankara Zoo to preserve the unique cats. The Ankara Zoo bred cats with white coats and blue eyes, gold eyes, or odd eyes (one gold and one blue). In 1962, the Ankara Zoo allowed an American colonel and his wife to take a pair of cats home. Following this, several other Westerners were given Turkish Angoras and the breed was officially established in North America in the 1970s. 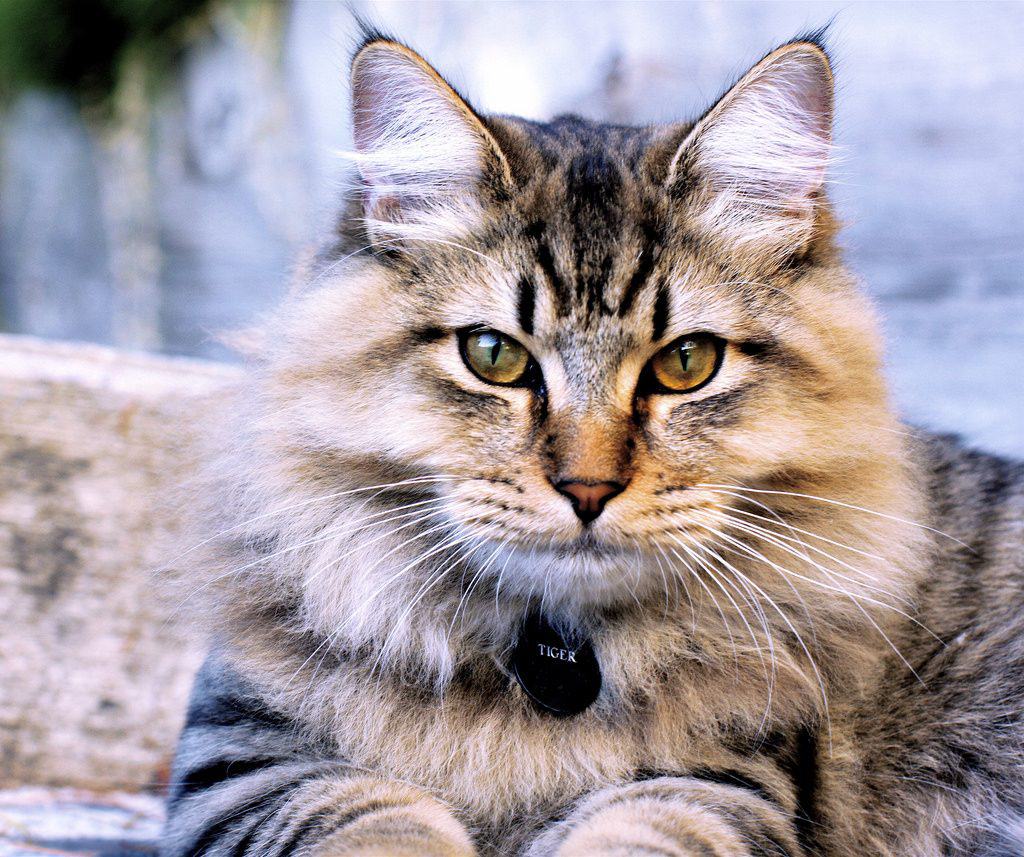 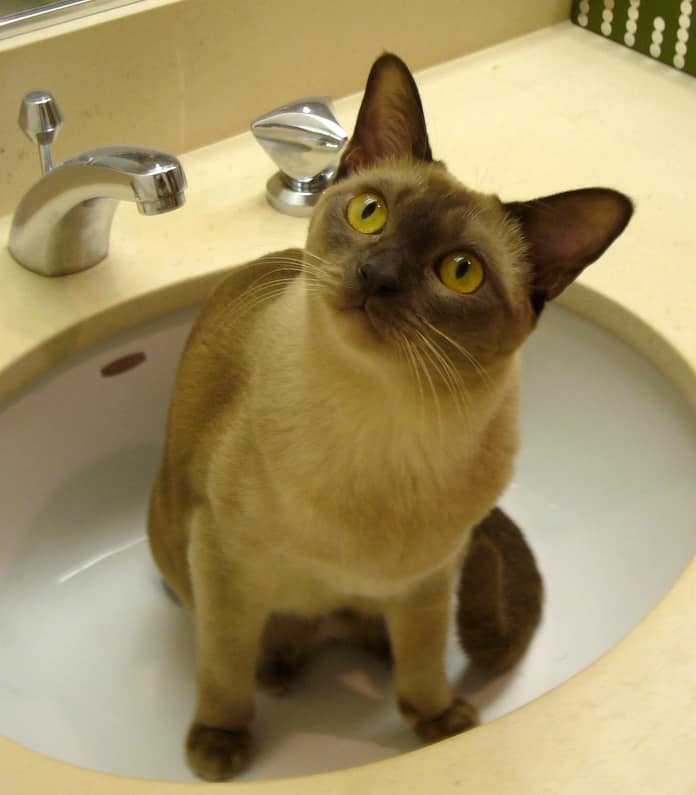 In general, most cat registries do not make a distinction between regular Burmese cats and the European Burmese, but the CFA does. All Burmese cats originated from a single cat, Wong Mau, who was the first Burmese brought to the United States in 1930. Wong Mau was mated with a Siamese and and the kittens born were both solid and pointed in color. The solid colored cats were selected for further breeding and the Burmese spread to the United Kingdom.

Since then, the United States and Europe have developed different breed standards for the Burmese, which has resulted in the distinction. This makes the European Burmese fairly rare while the American Burmese is more common. 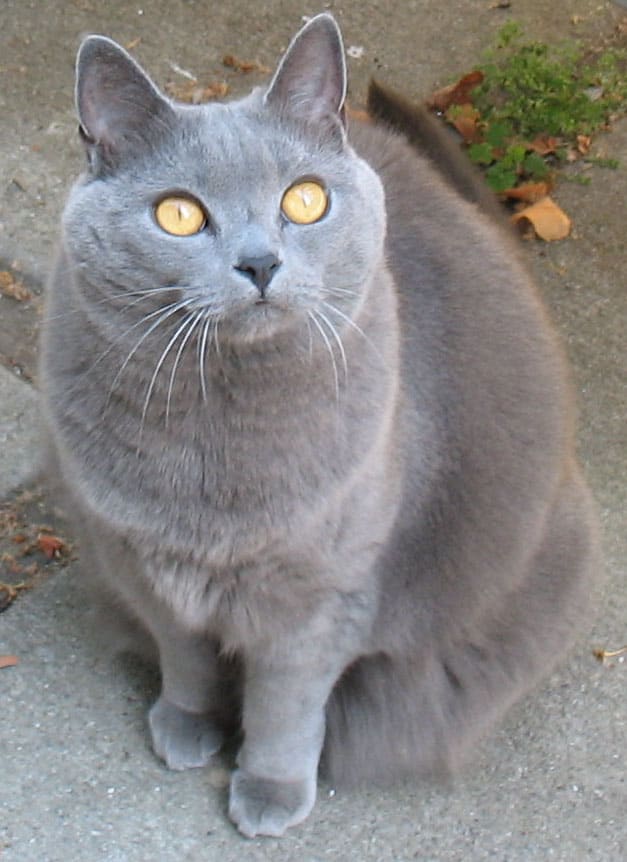 The Chartreux is a rare breed of cat from France that is thought to have ancient origins. Research has shown that Chartreux probably originated in ancient Persia and came to France with knights returning from the crusades. These first Chartreux were staples in French monasteries and became an important part of the monk’s lives.

According to legend, the Chartreux was named for the Carthusian monks who they lived with. The earliest documented history of the Chartreux in France dates to early 16th century and makes not of the breed’s unique coat texture and color. The Chartreux’s rarity is highlighted by the average price of kitten, which ranges from $1,000 – $1,500. 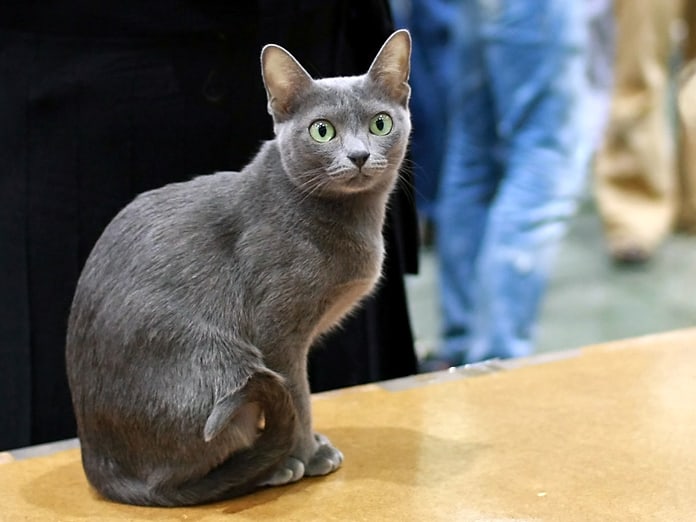 The Korat is an ancient breed from Thailand and the earliest known records of the cat in The Cat-Book of Poems or Smud Khoi of Cats, which was written during the Ayudhya Period of Siamese History (1350-1767). According to the book, the Korat is one of the good luck cats of Thailand.

Korats only come in one color, described as a silver tipped blue. It is believed that Korats were first shown in England in the 1800s, but were entered as solid blue Siamese cats. The first known pair of Korats in the West were imported to the United States in 1959. 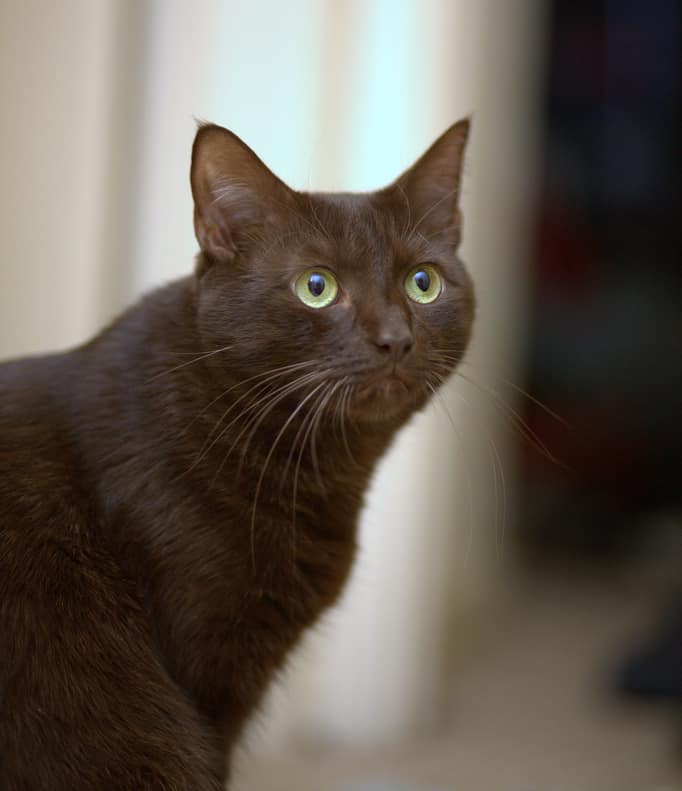 Havana Browns were purposely developed in the early 1950s in England by a group of British cat fanciers. The group bred chocolate point and seal point Siamese cats with black domestic shorthairs to produce the chocolate brown Havanas. Early on in the breeding program, Russian Blues were introduced to the breeding stock. The Havana Brown was first recognized as an official breed by the Governing Council of the Cat Fancy (GCCF) in 1958. Initially, the breed was called the Chestnut Foreign Shorthair and its name was changed to Havana Brown in 1970. 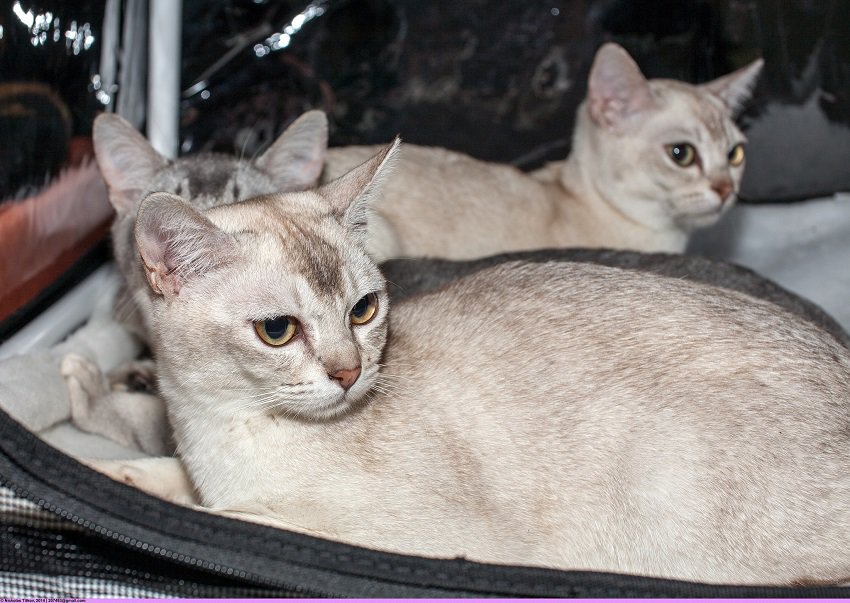 The kittens produced by the accidental encounter were so beautiful that a breeding program was established for the newly created Burmillas. The breed is still rare in the United States with very few Burmilla breeders in the country. 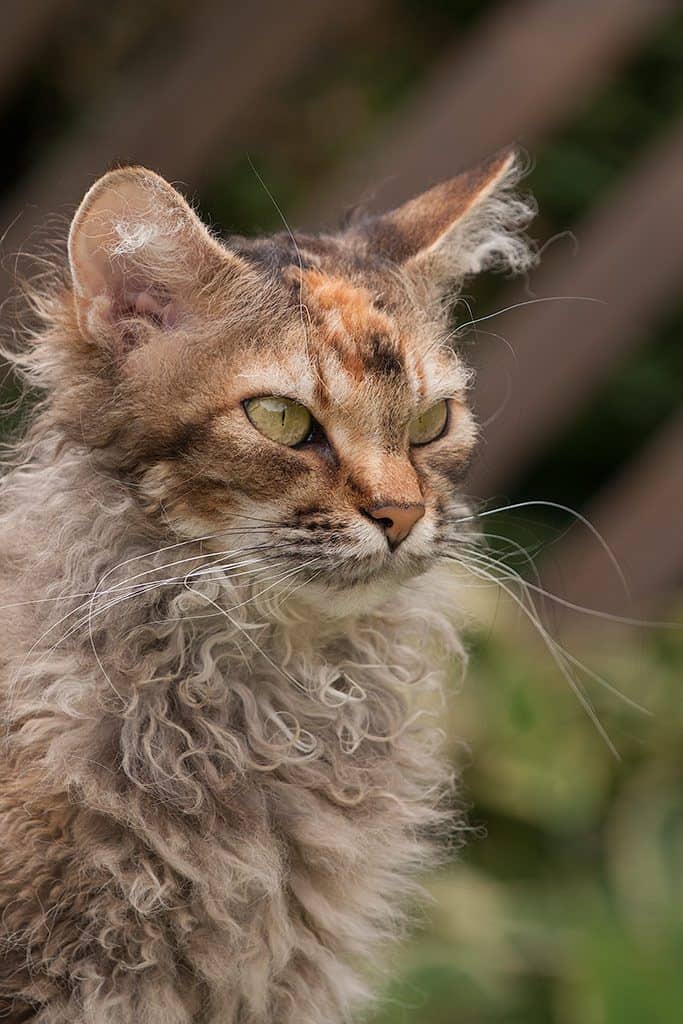 All of the cats on the rare cats on this list have unique characteristics and the LaPerm is no exception. LaPerms are known for their very curly fur, which comes in a variety of colors and patterns. The breed’s coats can range from wavy to tight ringlets or long corkscrew curls.

Like a few of the other breeds on this list, the LaPerm was a spontaneous genetic mutation in a regular litter of tabby cats. The first LaPerm kitten was born in 1982 on a farm in Oregon owned by Linda Koehl. Over the next decade, Koehl did not try to selectively breed this unique curly-haired cat but more of them were being born on the farm. Koehl eventually decided to isolate a few of the curly-haired cats and discovered that the curly gene was dominant in both parents. Koehl named the new breed LaPerm after its unique curly/wavy hair. 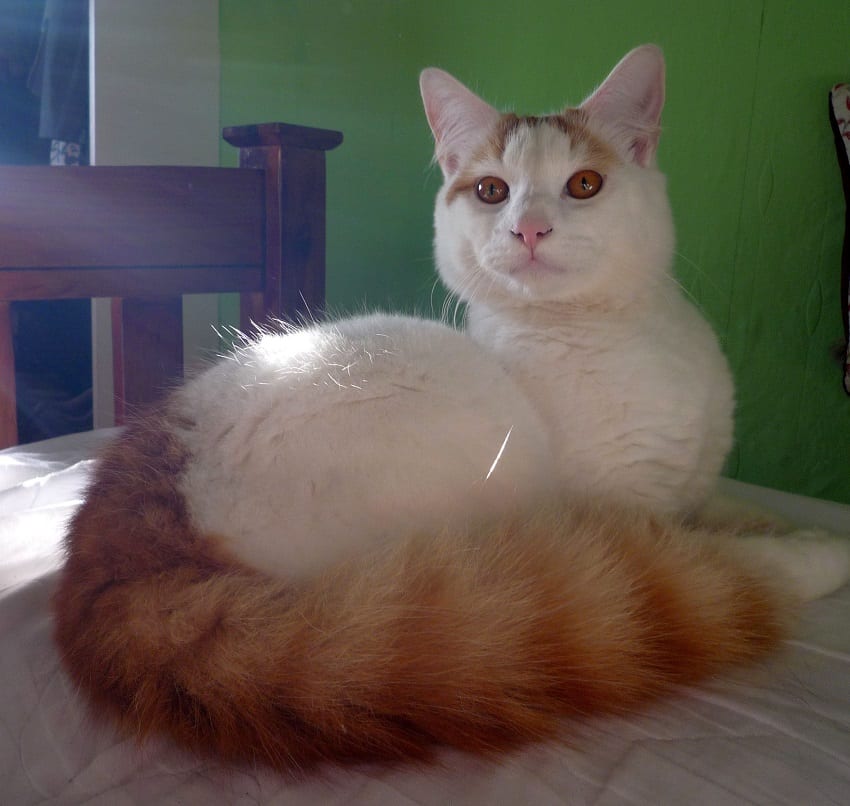 The Turkish Van is not only one of the rarest cat breeds, it is also one of the most ancient. The breed has existed in the Eastern Anatolia region (modern-day Iraq, Iran, southwest Soviet Union, and eastern Turkey) since at least the Middle Ages. It is believed that the isolation of the breed helped preserve its unique features. Turkish Vans have semi-longhair coats that make them waterproof and they enjoy swimming.

Turkish Vans were first brought to the West in 1955 when two British women, Laura Lushington and Sonia Halliday, were on vacation in Turkey. They brought a male and female kitten back to England and began promoting the Turkish Van as a unique breed. About 100 Turkish Vans a year are registered with the CFA and all registered Turkish Vans can trace their lineage to the original cats brought to England in 1955. 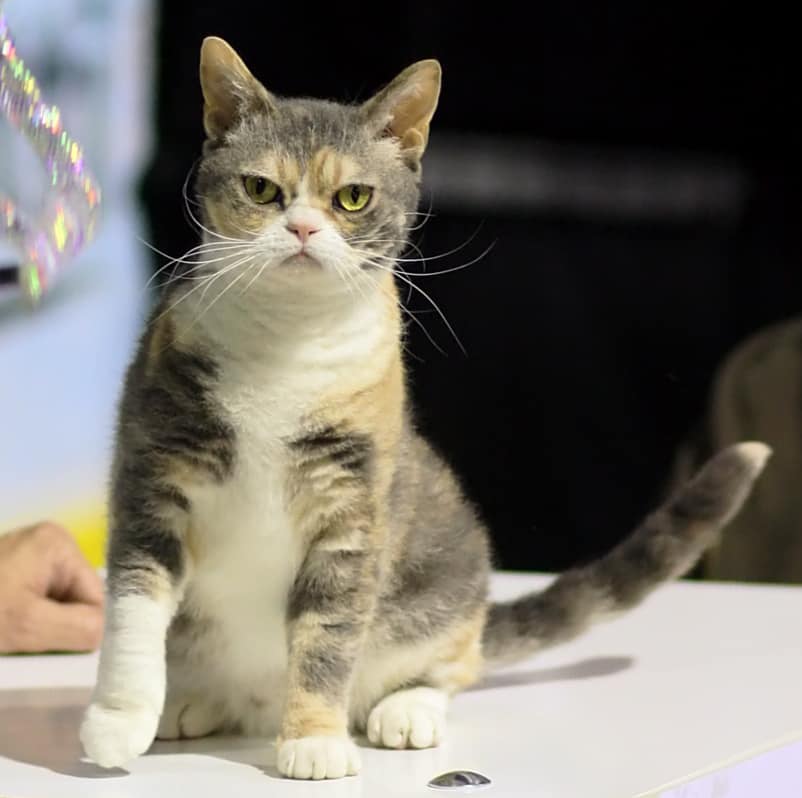 The American Wirehair is a unique breed that began as a random mutation in a litter of six domestic shorthair kittens born on Council Rock Farm in Verona, New York. One of the kittens ended up with a sparse, wiry coat and had crimped whiskers as well. The genetic mutation is so rare that so far it has not occurred naturally in any other country.

7 Rarest Cancers in the World