9 Rarest Lamborghini Models Ever Made

Italian car manufacturing company Automobili Lamborghini S.p.A has been dominating the luxury automobile market for decades now. The company that was founded to compete with Ferrari is known for manufacturing posh and stylish sports cars and SUVs.

Lamborghini still remains one of the most coveted cars among car enthusiasts. It is an icon of class and prestige.

Cars released by Lamborghini are almost always low volume. The company doesn’t believe in mass production. Some of the models are rarer than others. They have released a number of exclusive limited-edition cars during their more than 60 years of journey. The company calls it “Few-Off” initiatives. They have also released quite a few one-off concepts cars.

Here we list 9 of the rare Lamborghini models released in the company’s history. However, we haven’t included all the one-offs in this list to maintain balance between the one-offs and other limited-edition cars. 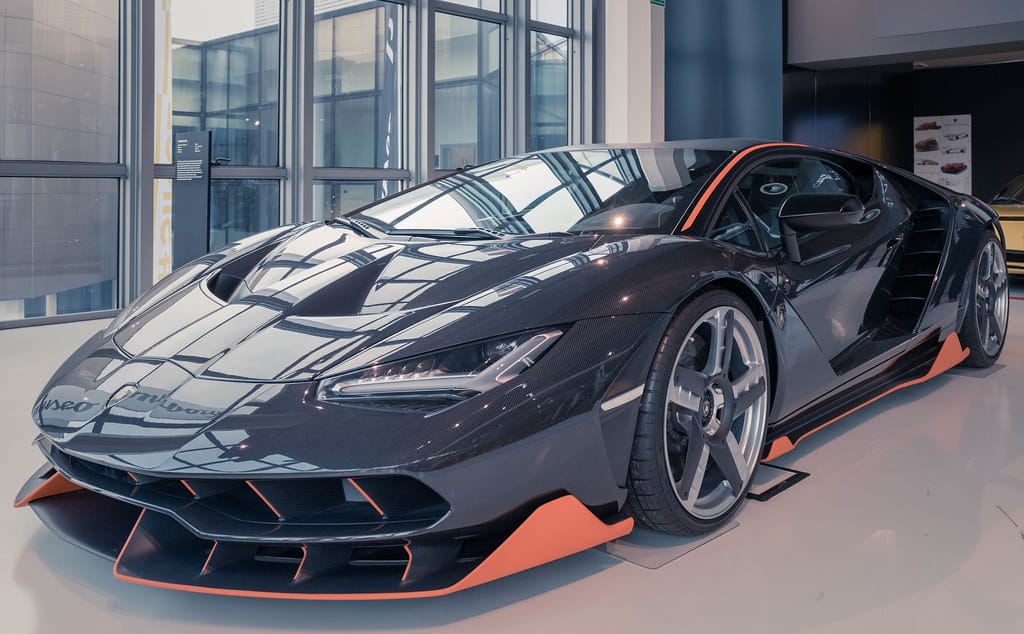 Lamborghini Centenario was unveiled at the 2016 Geneva Motor Show. The car was designed to celebrate the 100th birth anniversary of Ferrucio Lamborghini, the founder of the company.
It is considered one of the most exclusive cars in the world. The company declared they would make only 20 Coupe of Centenario. All of them were sold to invited customers selected by the company.
The following year, Lamborghini released twenty convertibles called Centenario Roadster. Performance-wise both models are almost identical.

Centenario is a playable vehicle in the Forza racing video game. It also appears in mobile games like Asphalt 8 & 9 and Real Racing. 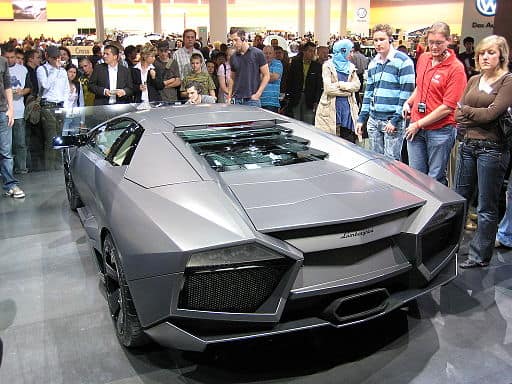 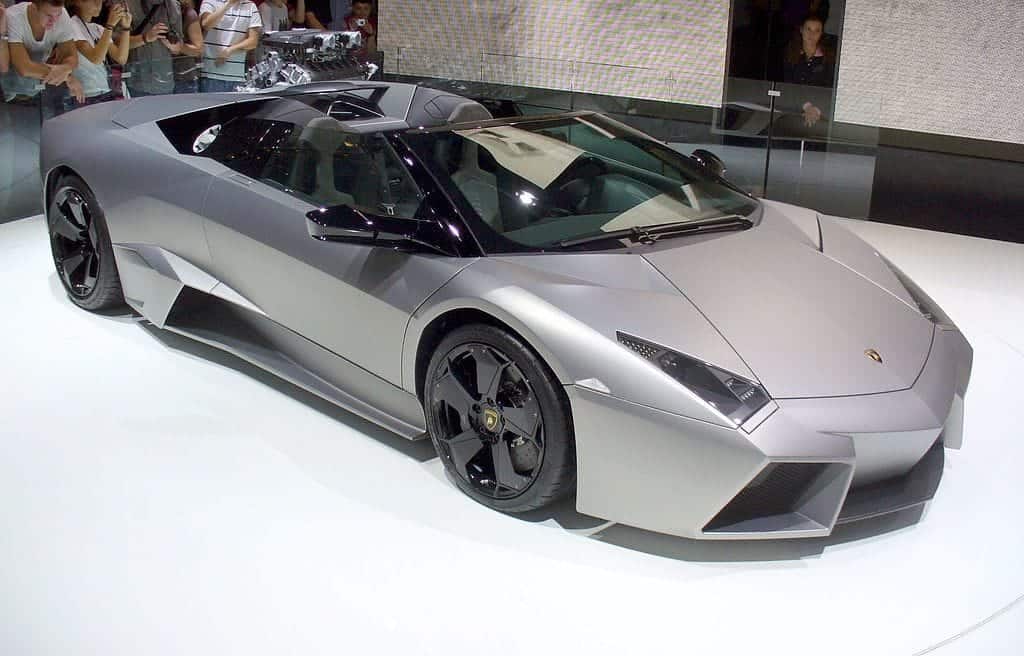 Lamborghini Reventon debuted at the 2007 Frankfurt Motor Show. The roadster version was unveiled two years later in the same show. As per the Lamborghini tradition, the car is named after a fighting bull known for killing Mexican bullfighter Felix Guzman in 1943.

20 examples of Lamborghini Reventon (coupé) were sold, and one was retained for the Lamborghini Museum of Technologies. The design incorporates a mix of acute and obtuse angles similar to another famed Lambo model Murcielago LP640. The company states the exterior of Lamborghini Reventon was inspired by the fastest airplanes. The color is mid opaque grey without the usual shine.

The roadster version, 15 units of which were released in 2009, has more power than its coupé counterpart.

Centenario is a playable vehicle in the Forza racing video game. It also appears in mobile games like Asphalt 8 & 9 and Real Racing. 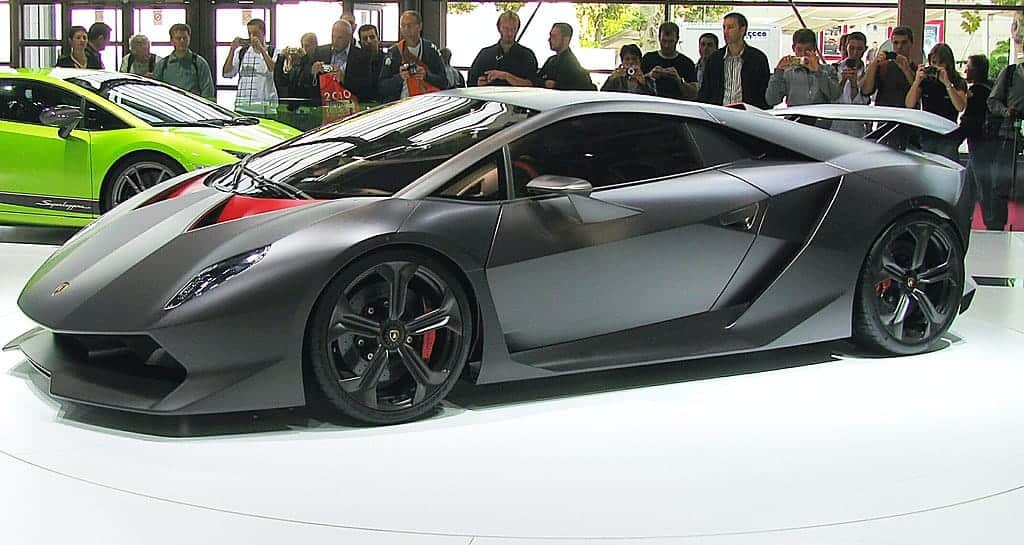 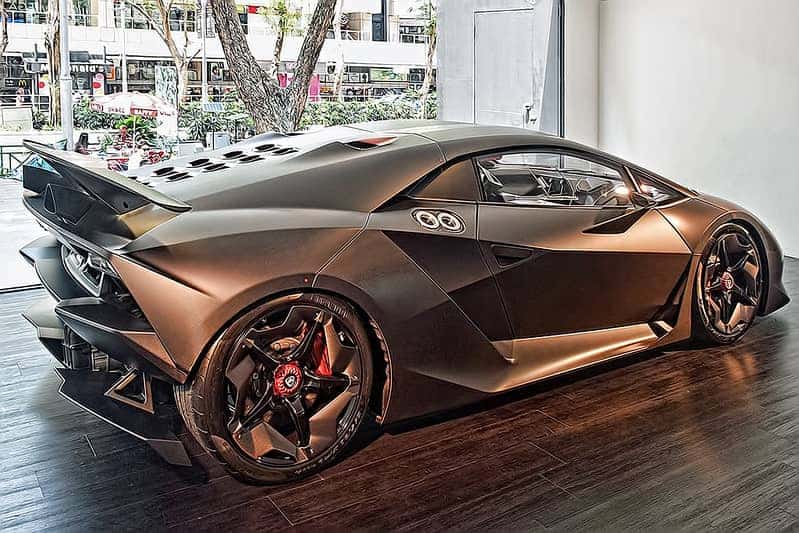 
The word Sesto Elemento means sixth element that is carbon. All the major parts of Lamborghini Sesto Elemento, including the body, driveshaft, suspension, and chassis of this extreme light-weight car is made using carbon fiber technology.

There is no seat in Lamborghini Sesto Elemento. Instead, it has foam padding attached to the carbon fiber chassis. 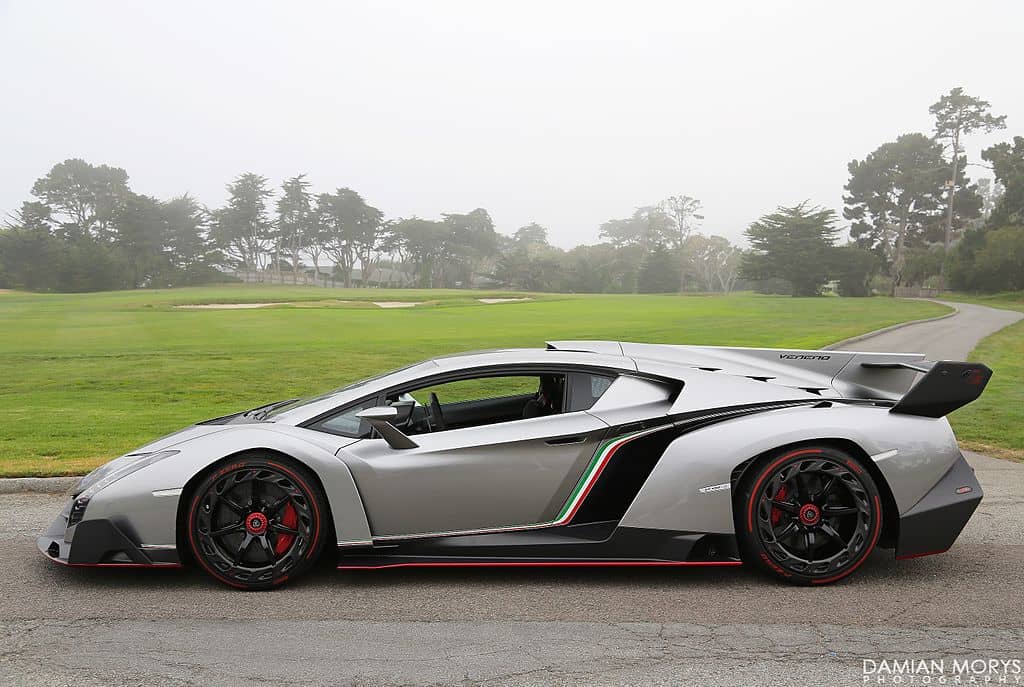 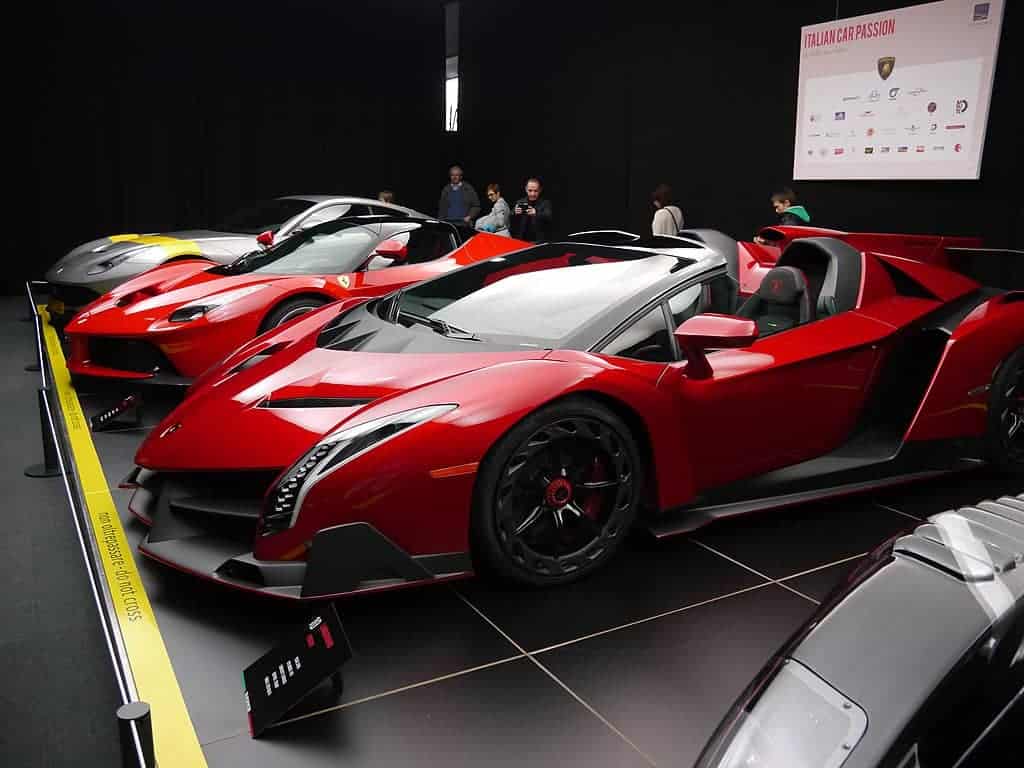 Lamborghini created this model to celebrate the company’s 50th anniversary. Lamborghini Veneno is the company’s interpretation of a racing prototype developed for the road. The model was introduced at the 2013 Geneva Motor show.

The design of the car is inspired by aeronautics. Four examples of the Veneno Coupe were built. One was retained for the factory museum, and only three were sold.

The following year, Lamborghini released the 9 units of the Veneno roadster. These were convertibles and could be completely customized according to the customer’s preference. All the units were sold even before it was unveiled on the Italian naval aircraft carrier, Cavour. The initial price was $4.5 million.

The three Veneno Coupe sold to customers were painted either with a red, white, or green accents color, the three colors of the Italian flag. 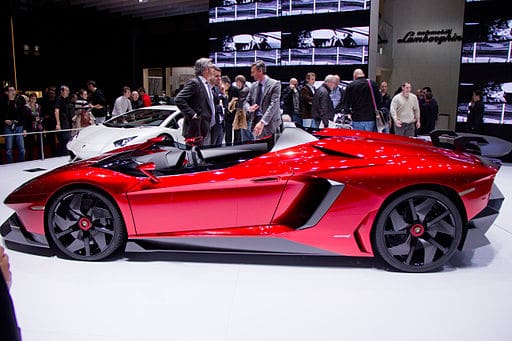 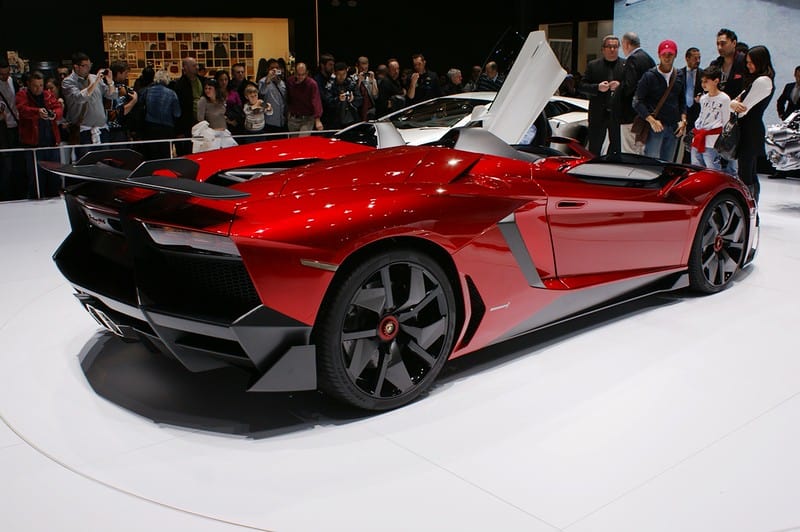 
Lamborghini Aventador J is a one-off build mid-engine car sold to a private collector. It has an open-top design and also doesn’t have a windshield. It is a unique car powered by a 6.5-liter V12 engine. The power output of the engine is 691 horsepower.

Arguably it is the most stylish car ever made by this Italian automobile giant. When revealing the design, Lamborghini described it as “the most radical open super sports car of Lamborghini’s history.” They described it as extreme and uncompromising.

Aventador J is street legal and offers an experience similar to riding a high-speed motorcycle.

The bright red color of this car was also custom-made. That means you won’t find another car on the road that is of the exactly same color. 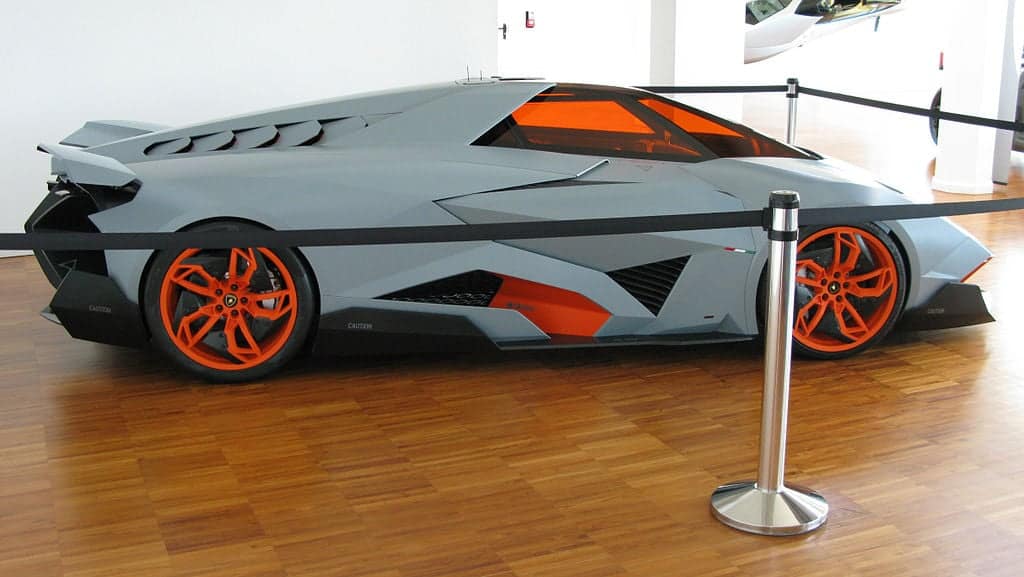 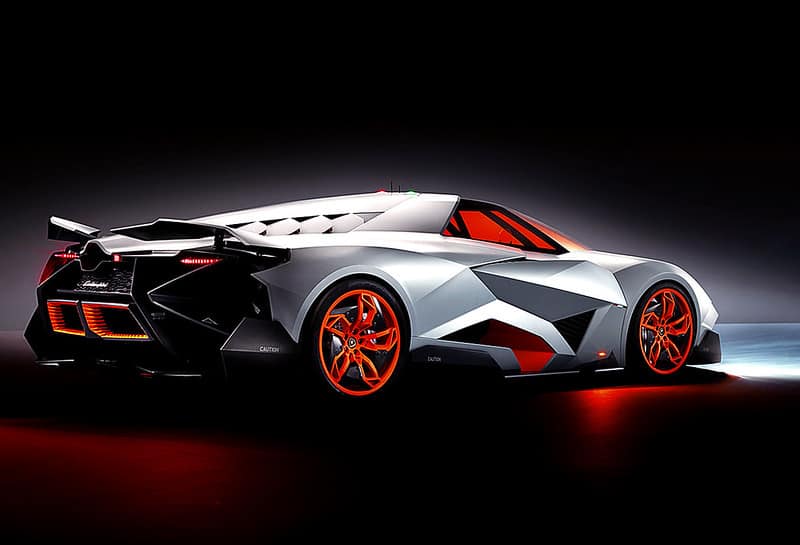 It is yet another masterpiece developed by Lamborghini to celebrate its 50th anniversary. However, unlike Veneno, this model was never put on the market. It is a concept car the company gifted to itself.

Lamborghini Egoista features a 5.2-liter V10 engine that produces 600 horsepower. Other than the engine, no other specifications about this model were revealed. Walter de Silva, the head of the design team, said the model “represents hedonism taken to the extreme.”

It has a one-seat cockpit that mimics the modern fighter jet style. The canopy door is removable, and you need to remove the steering wheel to enter the vehicle.

In the Italian language, the word egoista means selfish. It was a selfish project of the company to demonstrate its excellence. 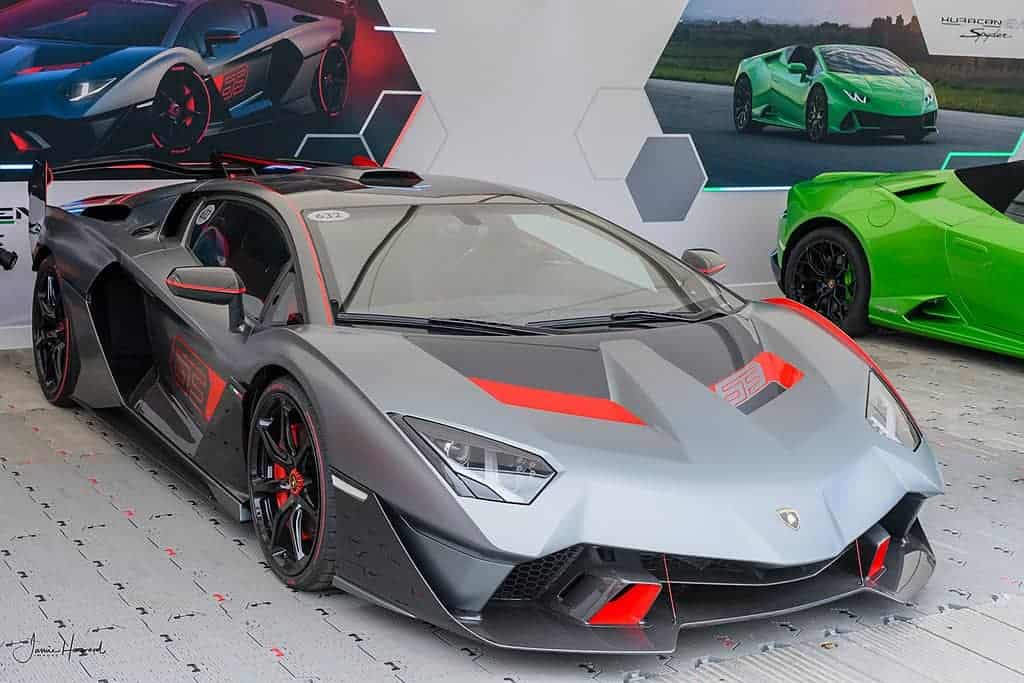 
SC 18 Alston was the first one-off in the history of the company’s racing department Squadra Corse. Lamborghini designed the car in conjunction with a specific customer. The owner wanted to name it after his son Alston and hence the name. For the rest of the name, the SC stands for Squadra Corse, and 18 denotes the year it was developed.

Lamborghini SC 18 Alston is a road-legal car but is primarily designed for use on the track.
The car is powered 6.5-liter V12 engine. The power output is 770 horsepower at 8500 rpm.

Lamborghini never revealed the owner’s or the exact price of this model. Based on its features and the standard pricing of Lamborghini, experts speculated the price. 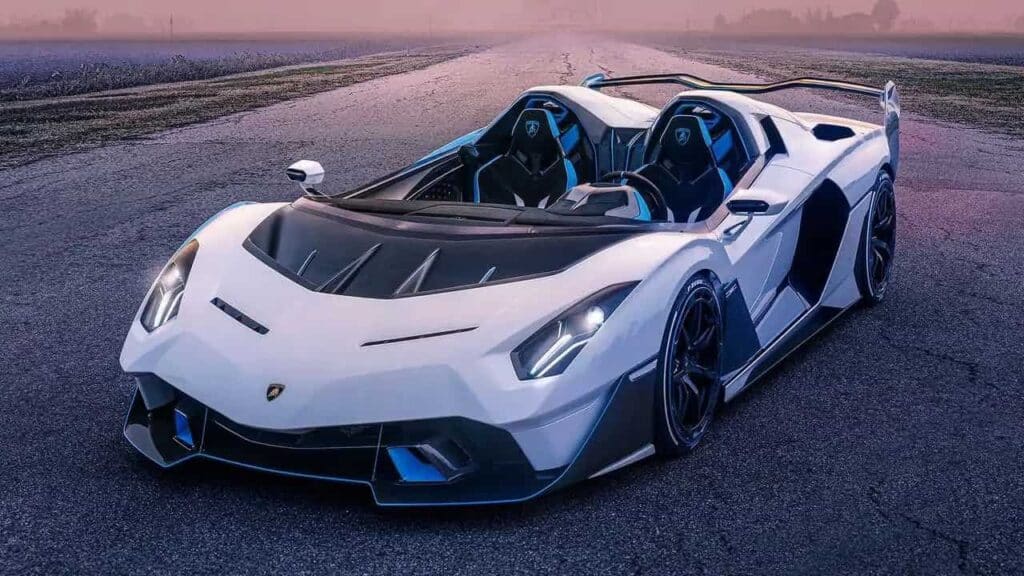 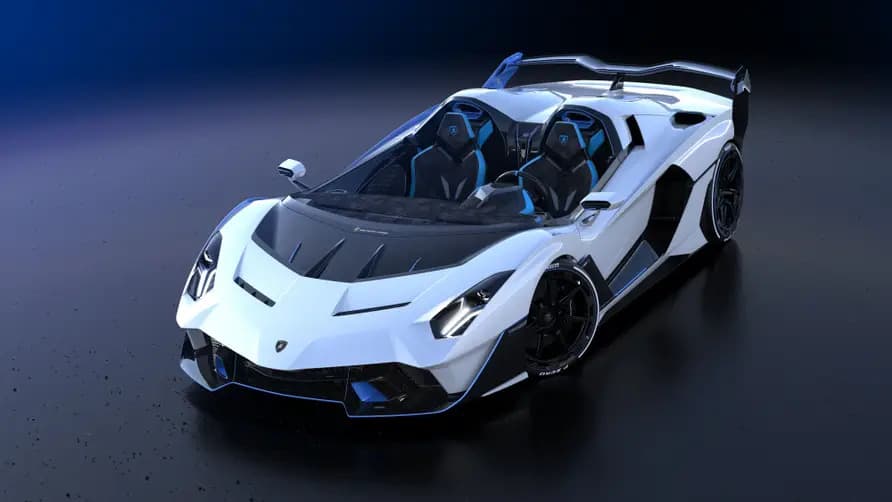 Lamborghini SC20 is the second one-off created by the Motorsport department of the company. It is a commissioned project, and the entire model is developed at the request of a single customer. The owner was involved in the project right from the design stage.

It is a Barchetta track car approved for road use. The company did not disclose the performance specification and the price of the car.

The influence of several older models is evident in the design. In the official press statement released by the company, Mitja Bortkert, the head of the designing team said, “Two years after the SC18 Alston, the SC20 was a new, intriguing challenge. The chief sources of inspiration were the Diablo VT Roadster, Aventador J, Veneno Roadster, and Concept S, and the result is a dramatic combination of creativity and racing attitude.”

Lamborghini did not reveal the name of the owner of this great masterpiece. However, Mitja Bortkert mentioned the owner would drive the car regularly on the road. 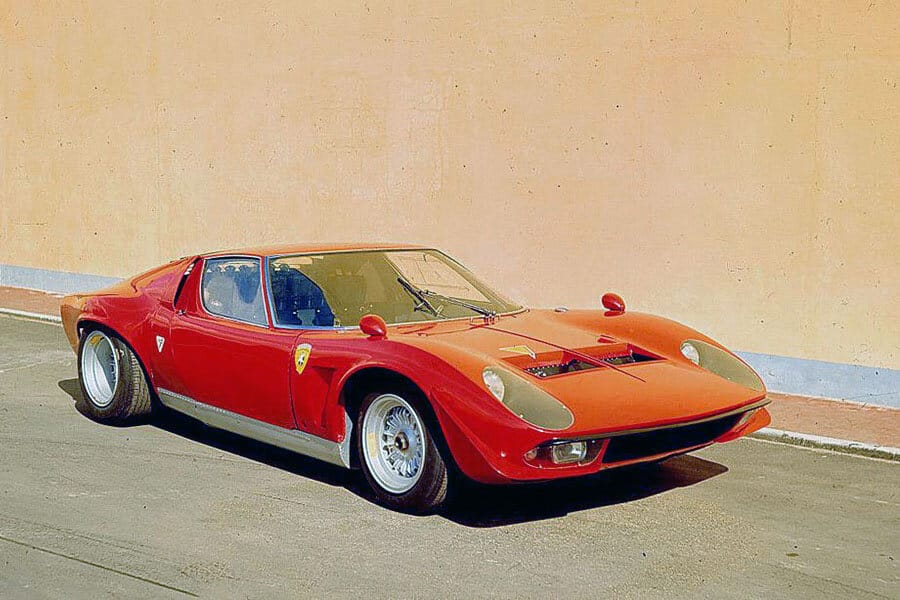 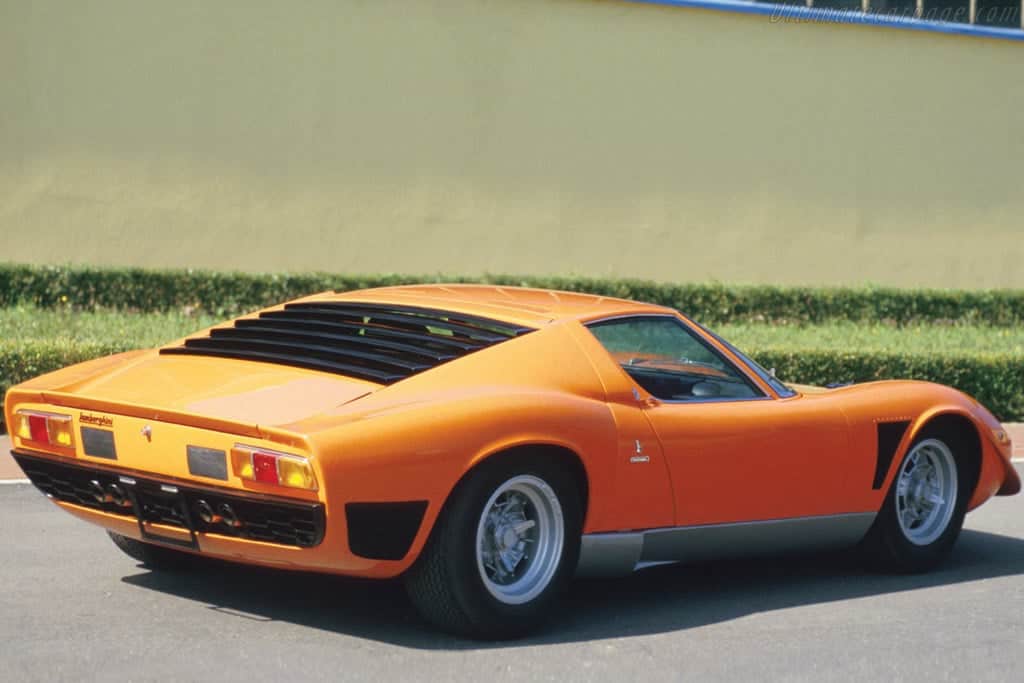 Lamborghini P400 Jota is the rarest Lamborghini model ever made. It is not only a one-off edition, but it also doesn’t exist anymore. The car was destroyed in a road accident before the owner took delivery.
Lamborghini P400 was an ambitious project of chief test driver and development engineer Bob Wallace. Bob extensively modified the standard Miura design and developed the car almost from scratch. He was not allowed to spend time on the design during the day, and thus chose to work on it during his spare time, especially in the evenings and weekends.

Bob made the body panels and chassis components with Avional, a lightweight aluminum alloy to reduce the overall weight. He also replaced the side windows with plastic.

In 1971, the car was sold to a private buyer after adequate test driving. However, before the owner could take delivery, the car was burnt to ashes when a mechanic working with the dealer crashed it on the yet to be opened Brescia Ring ring road.

Even when there was a high demand, Lamborghini refused to recreate the model. However, years later, Lamborghini Aventador J was built in the spirit of the Jota P400.

10 Most Expensive Fishing Lures You Can Buy

10 Most Expensive Fishing Rods You Can Buy