10 of the Rarest Middle Names for Girls

Giving children middle names is a common practice in Western countries, especially in North America and Great Britain. For many people, middle names can be a bit of an afterthought as some of the most common middle names for girls are Marie and Joy. Other families like to use middle names to pay homage to beloved relatives. Finding a rare and unique middle name for a girl can be difficult, but isn’t impossible. This list features some rare middle names that would be perfect for a daughter. 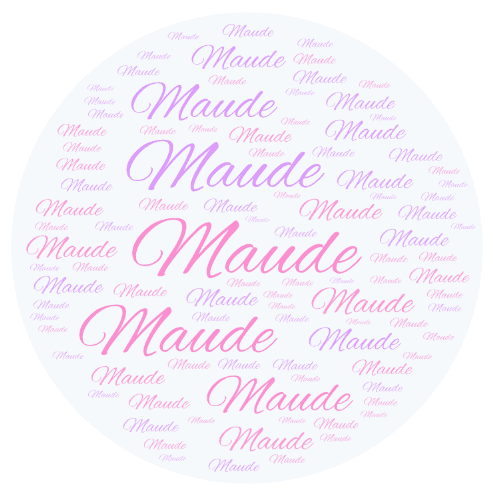 Maude is one of those old-fashioned names that has not been popular in several decades. In fact, the last time that Maude appeared in the Top 1000 U.S. baby names was in 1950. While Maude might be too much of a “grandma” name to use as a first name, it would make a nice middle name for a girl.

Maude has several origins, including Hebrew, Old German, and French. In all of the languages, Maude means mighty in battle. The name is also a variation on a few different names such as Madeline, Magdala, and Matilda.

Currently, the most famous Maude is Maude Apatow, who stars in the hit series Euphoria and is the daughter of director Judd Apatow and actress Leslie Mann. 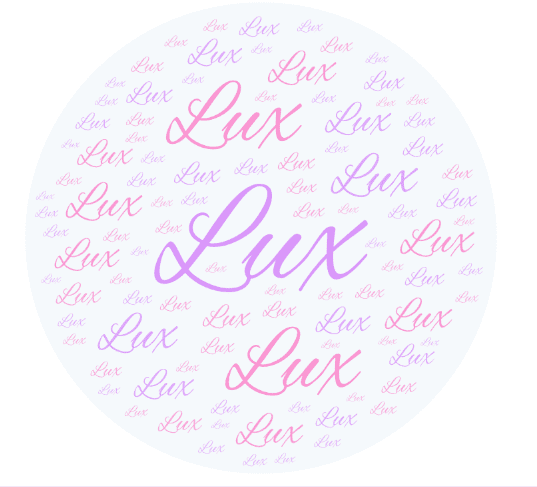 Lux is a gender neutral name that can be used for anyone’s middle name. The name comes from the Latin word meaning light. However, Lux is also short for luxury, so the name could been high end or expensive. Lux has never been a popular name, but a few dozen babies in the U.S. have been given the name in recent years.

Lux is a rare first or middle name, but it appears to be a common last name. 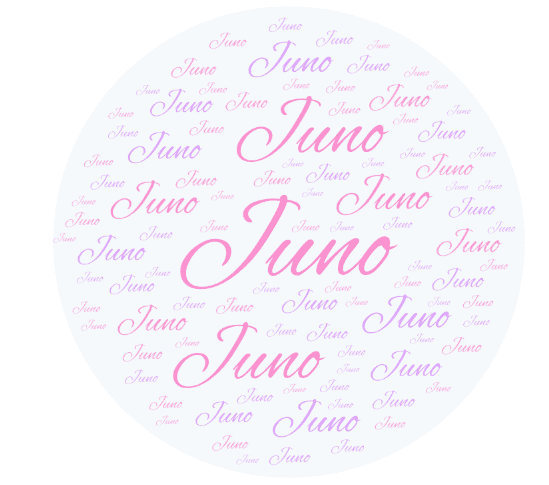 Juno is a familiar name to anyone who knows about Roman mythology. The name is associated with the chief goddess and wife of Jupiter. Juno is the Roman counterpart of the Greek goddess Hera. While many people may recognize the name Juno, it isn’t a popular name choice and it has never cracked the Top 1000 baby names in the U.S.

In Roman mythology, Juno with all aspects of the lives of women. This makes it a great feminine middle name. In recent years, a few dozen babies in the U.S. have been named Juno. One of the most famous examples of the name Juno is the title character in the 2007 film staring Elliot Page.

June is known as the bridal month and the most popular month to have a wedding because Juno is the Goddess of Love and Marriage. 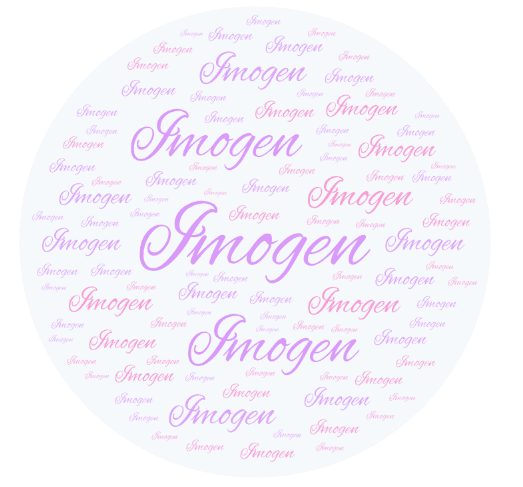 Imogen, which is also commonly spelled as Imogene, is an Irish name given to girls. In Celtic, Imogen means maiden. While the exact origins of the name Imogen are uncertain, it may be a different spelling of Innogen. She is a a legendary British queen and was supposedly wife to King Brutus and mother of Locrinus, Albanactus, and Camber.

Imogen has never been a popular name in the United States, but it is fairly common  the United Kingdom, Ireland, Canada, Australia, New Zealand, South Africa, Germany, Austria, and Switzerland. A few current British actresses, writers, and singers are named Imogen.

Another theory suggests that the name Imogen may be Greek and that it is from the words “inno” for beloved and “gen” meaning child, giving us the meaning of beloved child. 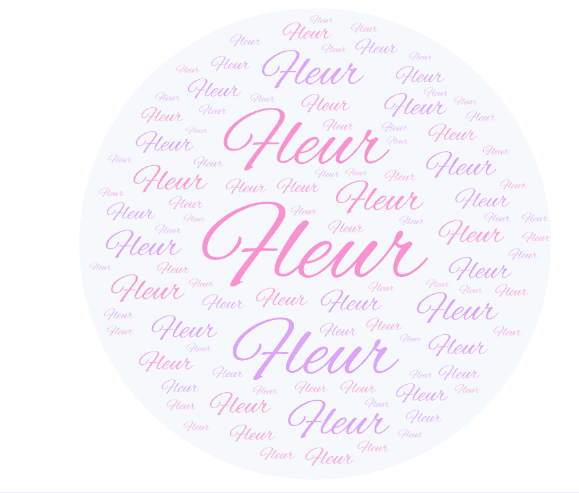 Fleur is another lovely French word that would make the perfect unique middle name for a little girl. It is the French word for flower. Despite being the name of a well-liked character from the Harry Potter franchise (Fleur Delacour), Fleur has never been a popular name. For any die-hard Harry Potter fans out there, Fleur would make a great middle name as a subtle nod to the magic of Harry Potter.

While Fleur might not be a common named in the United States, several notable people from New Zealand, the Netherlands, Australia, and Switzerland are named Fleur. 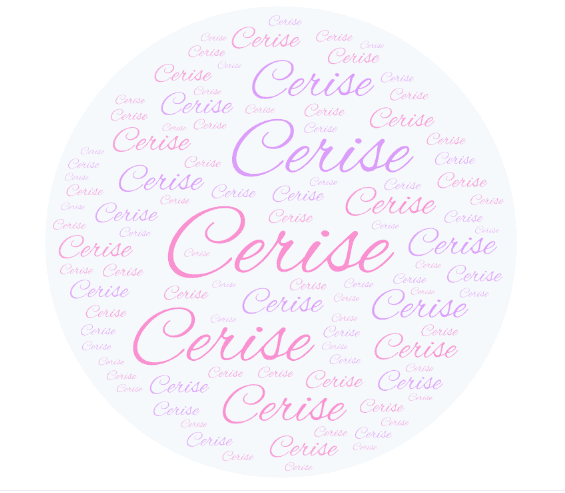 Cherry is not necessarily a rare middle name for a girl, but its French counterpart Cerise is. Cerise literally means cherry and it is a fairly modern word dating to the mid-19th century. The name has never been popular enough to crack the Top 1000 baby names in the U.S. According to a few sources, a handful of girls were named Cerise in the 1990s. 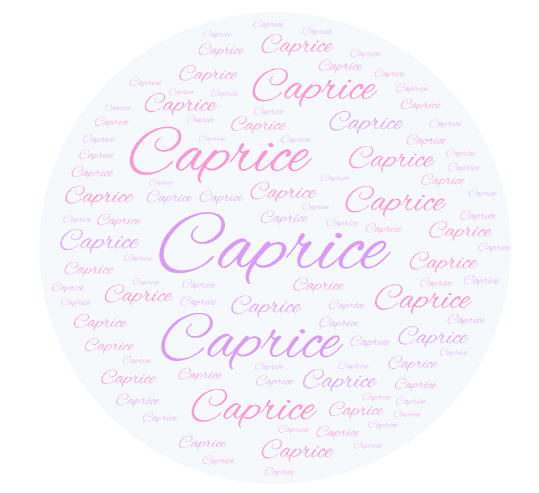 As a name, Caprice is rare and is a word that isn’t in most people’s vocabulary. Besides a name, Caprice is also a noun that means “sudden change or start of the mind without apparent motive.” This is why the name Caprice means whimsical, playful, and impulsive. Caprice is French in origin and related to the Italian word capriccio, which has a similar meaning. A fairly common word that is also related to the name Caprice, is capricious, which is adjective often used to describe people who are impulsive and unpredictable.

The word Caprice is sometimes used to describe a brief romance or fling. 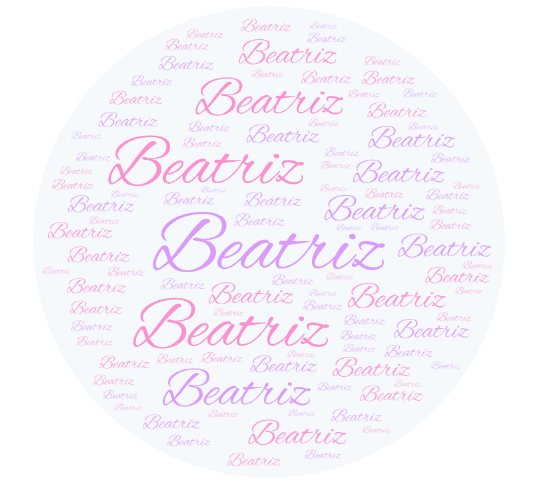 Beatriz is the Latin form of the name Beatrice. It means voyager, blessed, and bringer of joy. Beatriz has not been a popular name in the U.S. in nearly 20 years. Occasionally, Beatriz will appear in the Top 1000 baby names in the U.S., typically in the lower half of the list. While Beatriz might not be a popular first or middle name in the U.S., it is used quite a bit in Spanish-speaking and Portuguese-speaking countries.

Historically, Beatriz was a pretty popular name and many noblewomen had the name, including Infanta Beatriz of Spain, Queen Beatriz de Suabia, and the first Duchess of Braganza Beatriz Pereira Alvim. 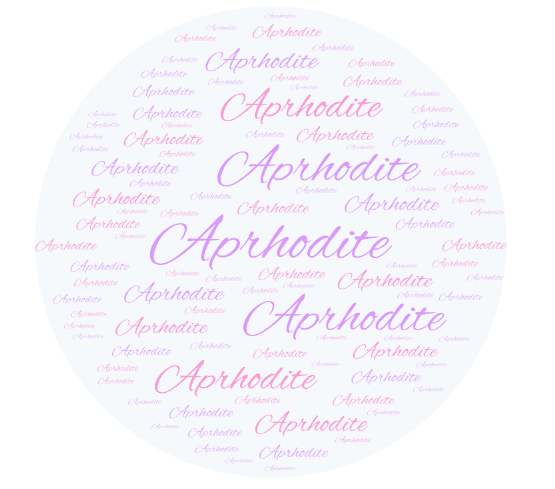 The literal meaning of Aphrodite is born from sea foam. This comes directly from the most popular Aphrodite origin story, which was written by Hesiod. In Hesiod’s tale, Aphrodite was born when Cronus cut off Uranus’ genitals and cast them into the sea. Aphrodite emerged from the water on a scallop shell as a fully grown woman.

The word “aphrodisiac” is directly related to the name Aphrodite and means “sacred to Aphrodite, pertaining to Aphrodite.” 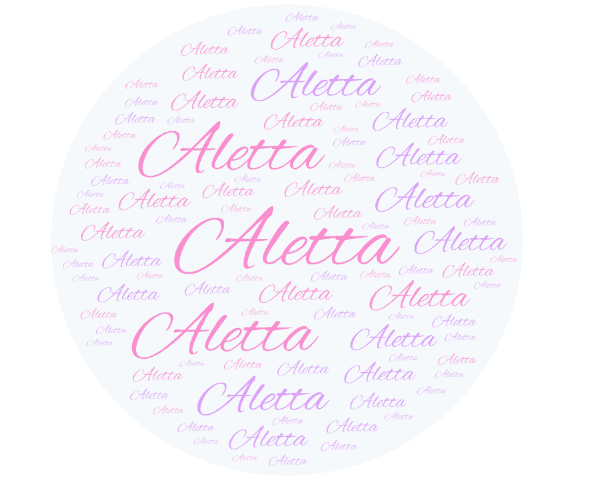 Aletta is an incredibly rare and unique middle name for girls. The name is Latin in origin and means footloose, truth, and small-winged one. Aletta has never been a popular name in the United States and has never in the Top 1000 baby names in the U.S. However, the name Aletta is used in Scandinavian countries (Norway, Sweden, and Denmark) as well as the Netherlands. In those countries, Aletta means of noble kin.

One of the most famous women with Aletta as a first name was Aletta Jacobs, who was one of the first female physicians in the Netherlands and a suffragette. Aletta Jacobs also founded the world’s first birth control clinic in 1882.

8 Most Expensive Domain Names Ever Sold in History

8 of the Most Expensive Monitors in the Market