10 Rarest Historical Photos that Will Change Your Perspective

History matters most when it’s remembered. This is not to discount the forgotten traditions, languages and stories of years gone by, but what we know about the past has a tendency to shape the future. Examining rare historical photos like the ones below can challenge how we imagine past societies as well as the world today. 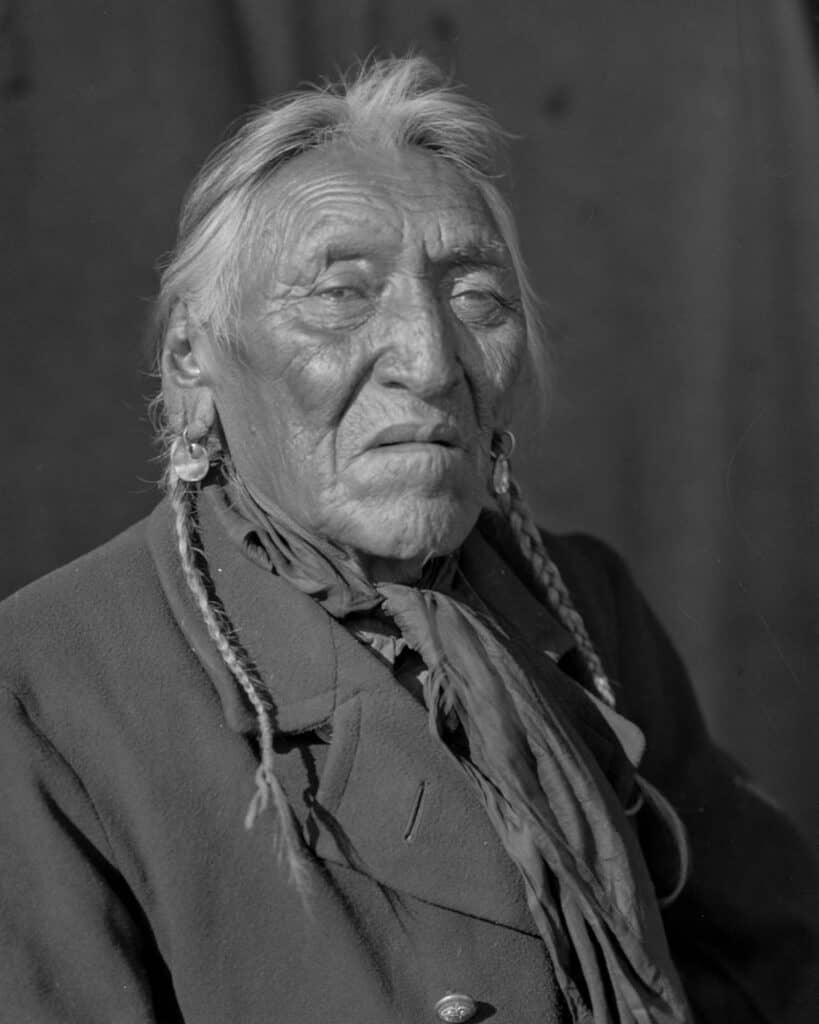 Candanian photographer Harry Pollard is best known for his portraits of First Nations people, a historically oppressed and overlooked demographic. This image comes from a series Pollard took in 1910 across Alberta, Canada that featured people from the Tsuu T’ina, Siksika, Kainai, and Piikani Nations, among others. The above portrait is of Wolfe Caller from the Siksika Nation. Wolfe Caller’s portrait is a good example of the effects of colonialism and the fight to preserve one’s culture. Wolfe Caller wears traditional braids and jewelry, but their coat resembles those worn by European Canadians. In general, Canada’s treatment of First Nations peoples has been described as “cultural genocide.” The government forced many Indigenous populations to assimilate to European practices while taking their land. Pollard’s portraits are a key part of marking that history and displaying the resilience of First Nations’ peoples.

The Canadian government made First Nations children attend “Indian Schools,” where they forced religious, cultural and social assimilation. The last of these schools did not close until 1996. 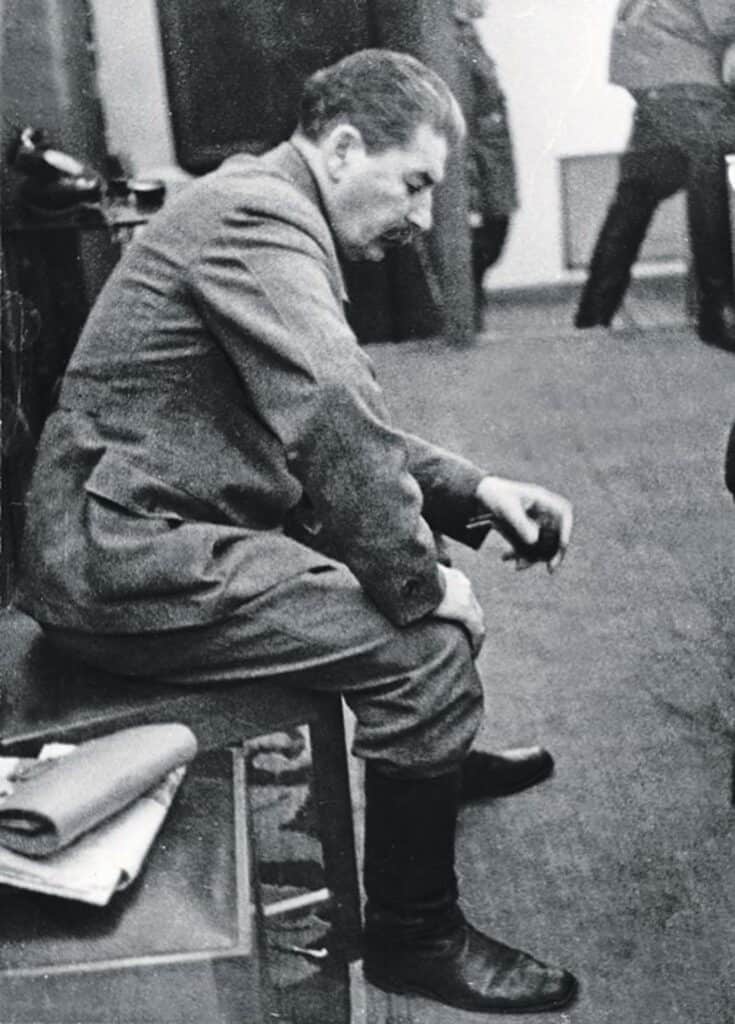 A controversial figure with an embroiled history of power and dictatorship, Stalin is not someone often displayed as scared or dismayed. This unauthorized image shows him in a defeated position as he discovers the Germans took Kiev, a part of the USSR. The Nazis used an encirclement technique to successfully capture the city, killing about 600,000 people in the process. This battle took many of the resources from the USSR’s Red Army and they were unable to ever fully recover.

Many war historians today agree that, although the Battle of Kiev was detrimental to the Allied Powers, it actually played a role in Germany’s ultimate loss. Hitler ignored his commanders who suggested Moscow should be the first priority— a mistake since historians posit that capturing Moscow could have made the Axis Powers victorious. 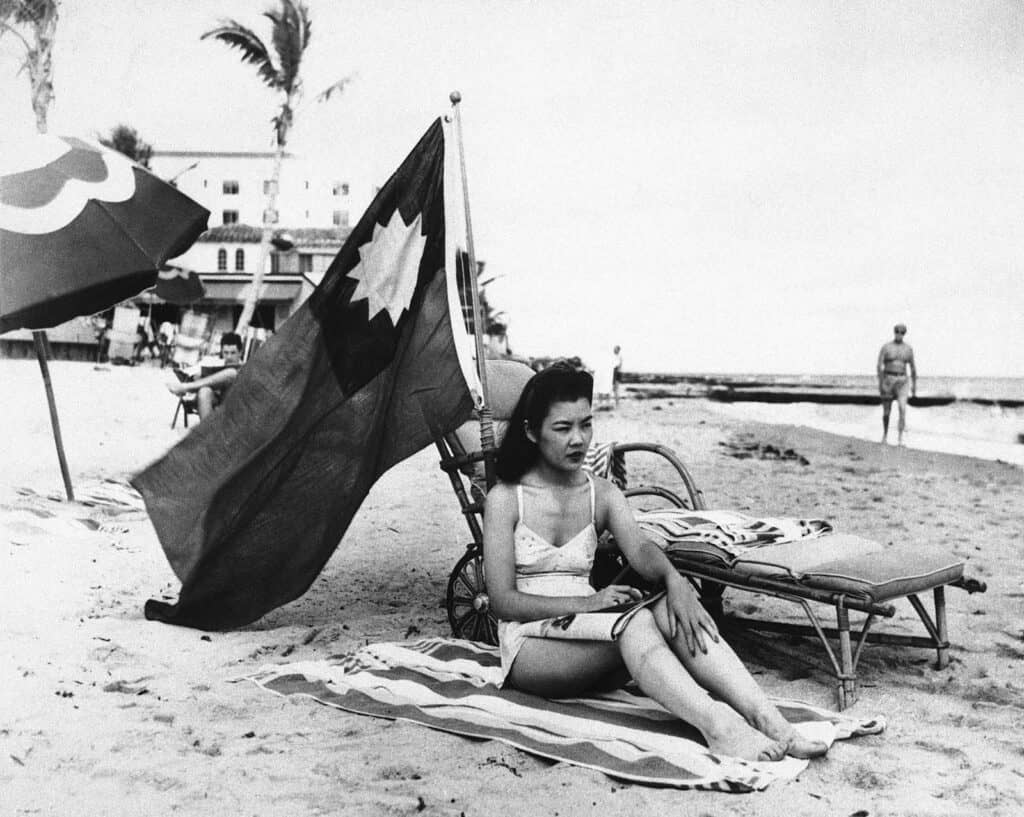 This image is one example of several in which Chinese Americans make it clear that they are not of Japanese descent. The woman in the photo is Ruth Lee, sunbathing in Florida and displaying what is now the flag of Taiwan. After the Japanese bombing of Pearl Harbor during WWII, the US government sent Japanese Americans to internment camps. This, paired with the already existing anti-Japanese sentiment as a result of the war, made being Asian in America dangerous. Many people grouped all East Asians together, spewing racial slurs and attacking them. As a result, some Chinese Americans used Chinese flags to display their heritage and avoid ridicule. Many Chinese publications also picked up anti-Japanese sentiment.

During Japanese Internment, the US lifted the Chinese Exclusion Act, thereby allowing a higher influx of Chinese immigrants into the country. The reasons behind this are complex and intersected, but they boil down to America’s desire to build a more united front against the Axis powers. 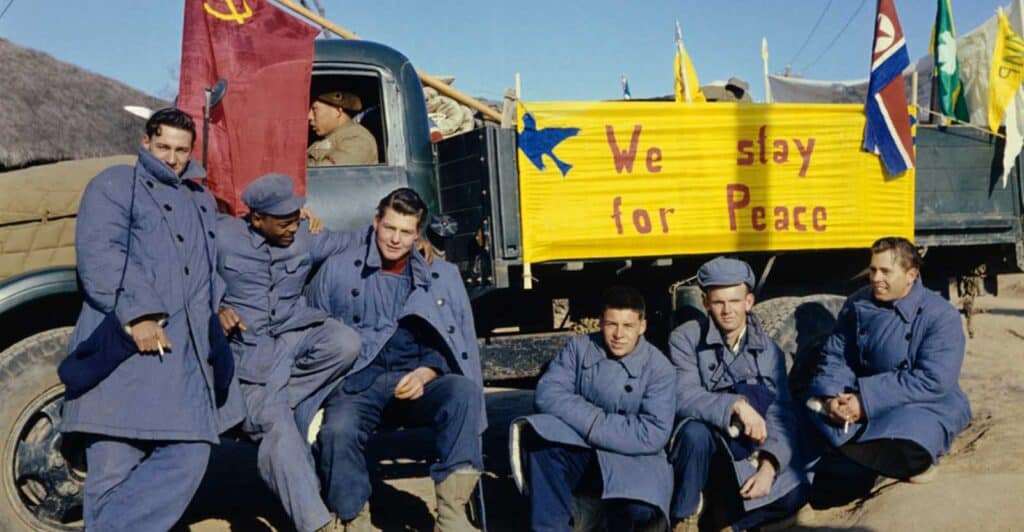 After the armistice that ended the Korean War and effectively created two Koreas, about 21 American prisoners of war refused to return home. A fraction of this group is pictured above. The reasons for their obstinacy vary depending on who explains it. The American narrative at the time was that they were brainwashed. Some of the Black soldiers who remained said it was because their captors helped them realize the innate racism present in their home country. Many informed on their fellow soldiers as well as participated in Anti-American propaganda, both of which are considered treason. Labeled the Turncoats, many of these men spent a few years in China before trickling back home. Only three people ended up keeping their promise to never go back.

United States Army Corporal John Roedel Dunn was the last of the Turncoats to remain overseas. After leaving China, he lived in Eastern Europe with his wife and children. Not much is known about his post war life, but there is evidence he was involved in communist surveillance efforts.

Year: c. 1980
Country: Brazil
Event: The mines themselves, but no specific event 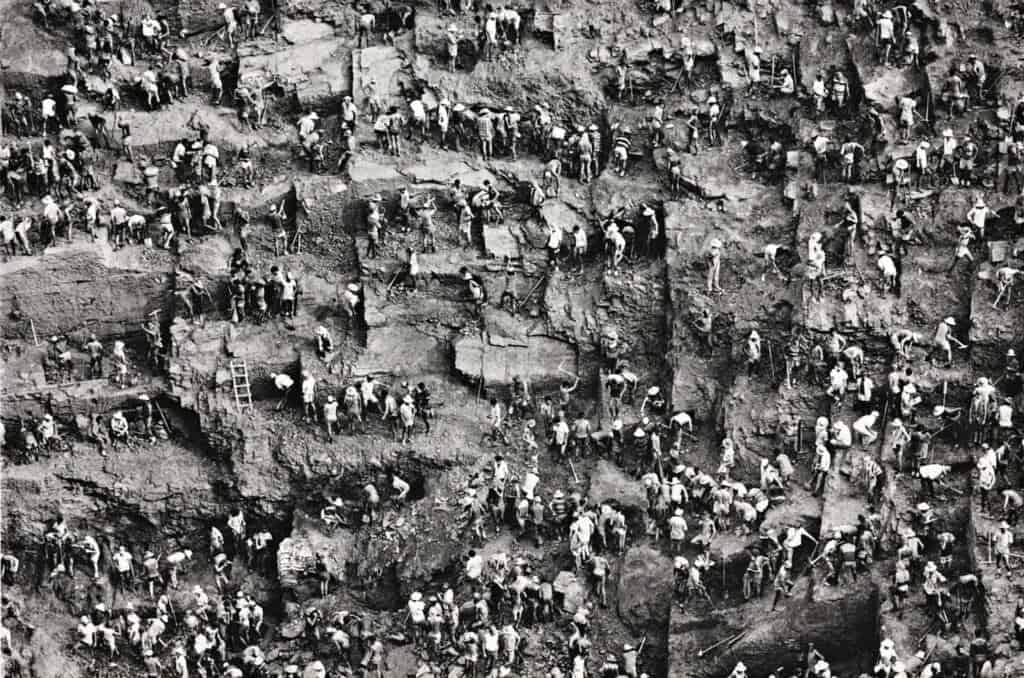 Serra Pelada was the world’s largest open air gold mine. Located in Brazil, it devastated both its workers and the local environment. This aerial view photograph shows the miners climbing in dangerous conditions to perform their work. It is one in a series from photographer Sebastiao Salgado, who immortalized the mine in the 1980s. Workers risked their lives in this mine for the chance of becoming rich. The mine also cut into large portions of the Amazon Rainforest, harming the natural ecosystem.

The miners were assigned specific squares in which to dig and sometimes dug too close to another person’s square without knowing, effectively collapsing the hole on top of the unseen worker and killing them. The men were only paid 20 cents for digging. 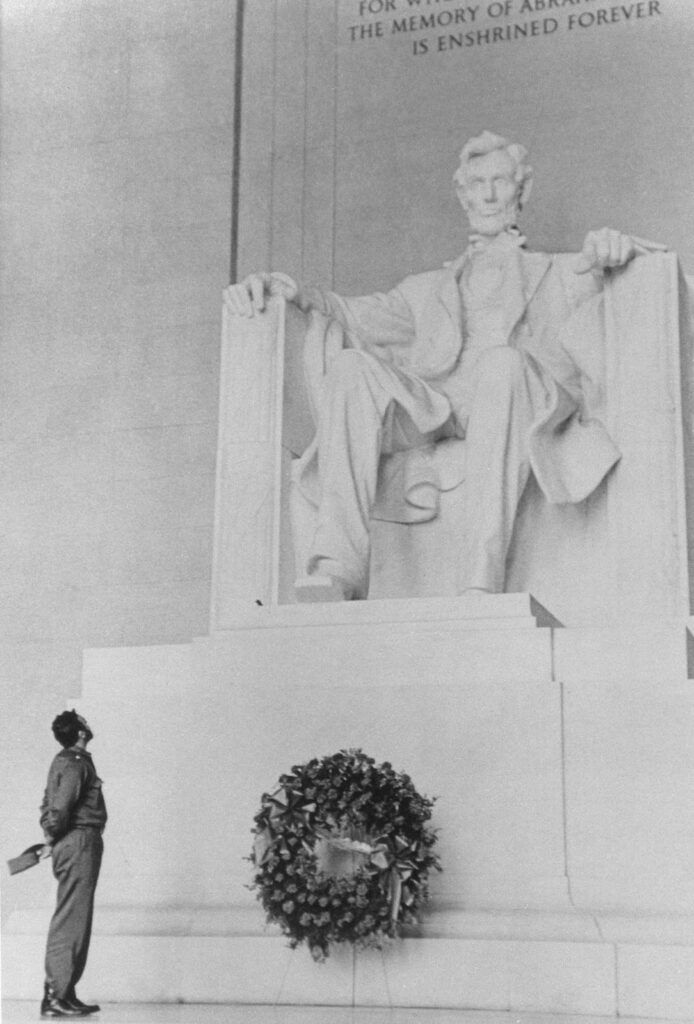 Fidel Castro’s antagonistic role in American history makes this image both rare and surprising. Shortly after taking power in Cuba, Castro went on a two week diplomatic tour of America, meeting with Vice President Nixon and visiting the historic sites. In this image he leaves a wreath at the Lincoln Memorial. After his tour, relations between the US and Cuba grew strained as America imposed trade restrictions and the Cuban missile crisis almost caused a third world war.

Fidel Castro admired Lincoln because he ended slavery. He even had a bust of Lincoln in his office. 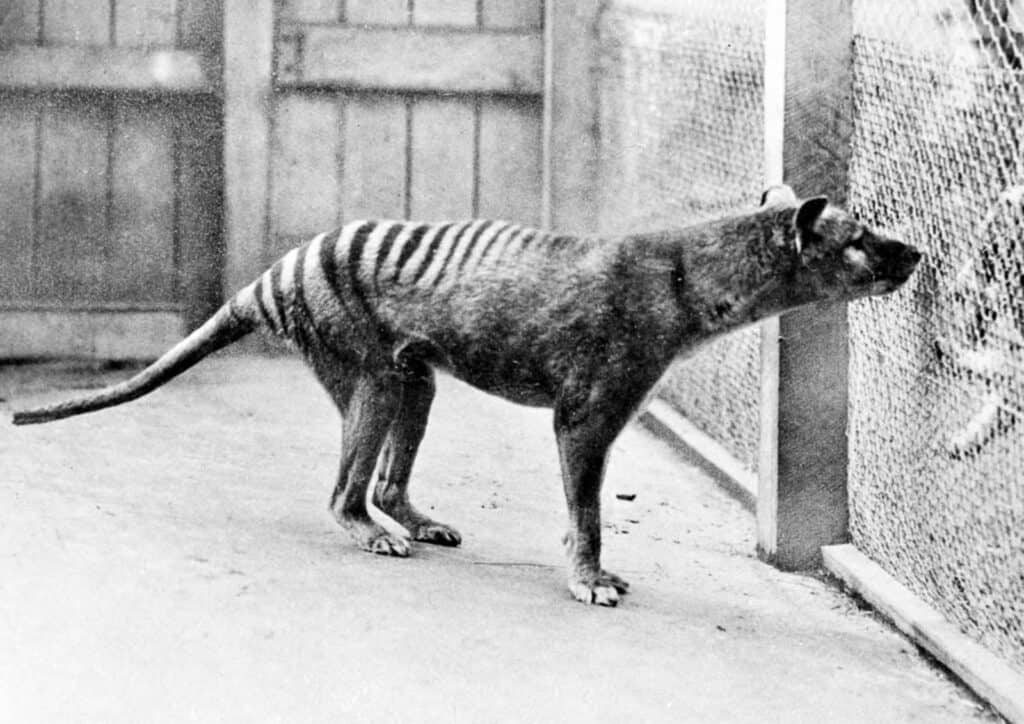 Little footage remains of Australia’s last surviving Tasmanian tigers, which were believed to have gone extinct in 1936.  In ancient times, Tasmanian tigers, also known as thylacines, roamed around much of Australia. By the 20th century, they could only be found in Tasmania. Growing human populations destroyed their natural habitats, gave them new diseases, and hunted them. The Tasmanian tiger pictured here is from the Hobart Zoo.

There were several expeditions in the 1980s to find a wild Tasmanian tiger, but none were successful. Thylacines were declared extinct in 1984, but researchers believe they truly disappeared when the final one died in Beaumaris Zoo in 1936. 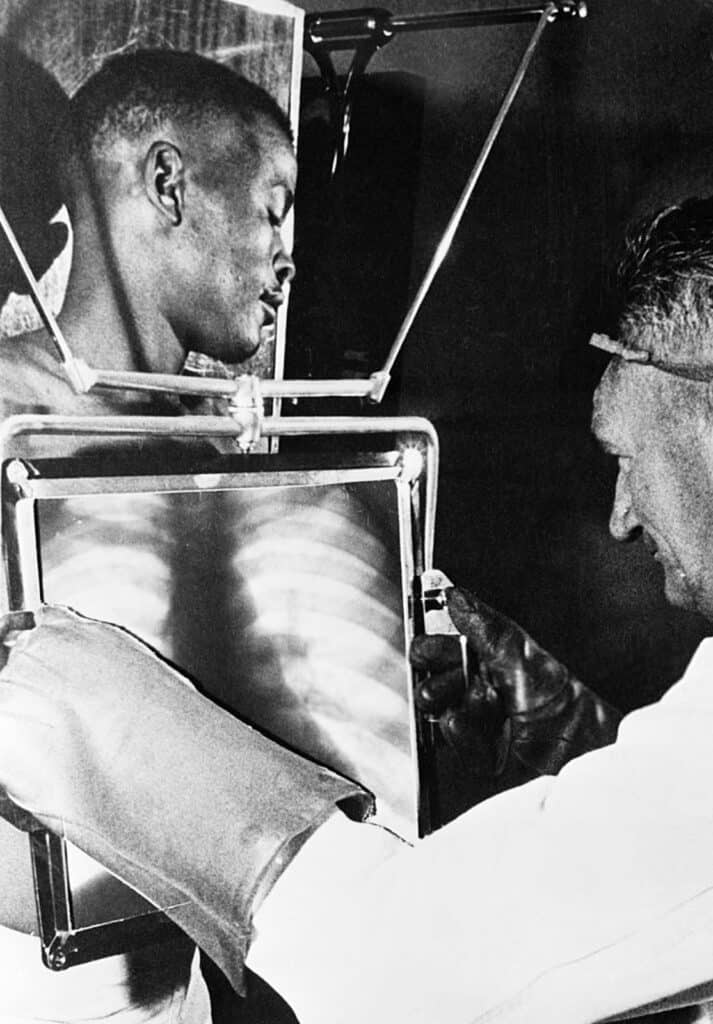 The discovery of mines in South Africa in 1867 began a booming and unethical industry that would change the jewelry business for good. The amount of diamonds in circulation increased ten-fold as mines in South Africa made the once rare jewel a more common commodity. As shown here, white mine owners used x-rays to guarantee that no miners smuggled diamonds in their stomachs or other bodily crevices. This process was dehumanizing and dangerous. Workers had to strip naked and risk radiation poisoning.

The concept of an engagement ring is only about a century old. The De Beers Group, a diamond mining company, started an ad campaign in the 1940s with the slogan “a diamond is forever,” starting the association between engagement rings and the precious stone. 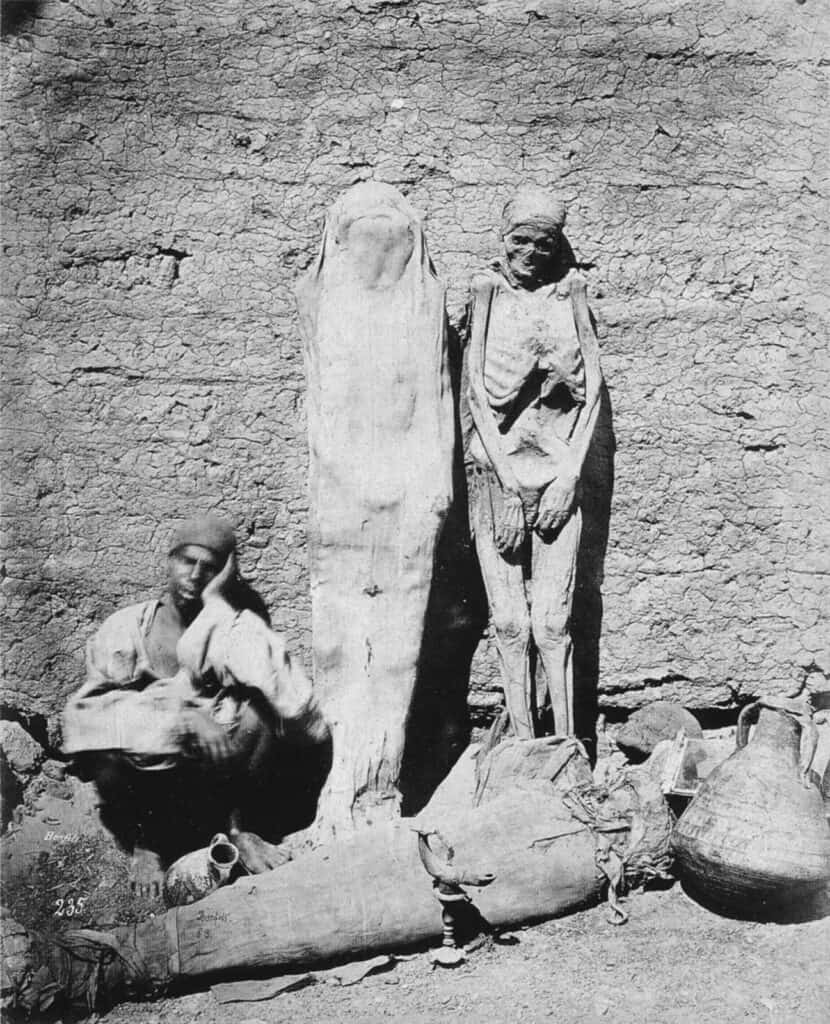 After Napoleon’s conquest of Egypt, Europeans became obsessed with ancient Egyptian culture. Wealthy Victorians would tour the country, returning with unconventional souvenirs to display around their homes. Among these were actual mummified remains. Whether or not the mummies came from ancient tombs or the recently executed was difficult to tell as salesmen realized any sort of mummy could earn them a buck. The practice, thankfully, has since stopped as it desecrated graves and ruined historical sites.

Victorians also consumed ground up mummified remains as a sort of health supplement. 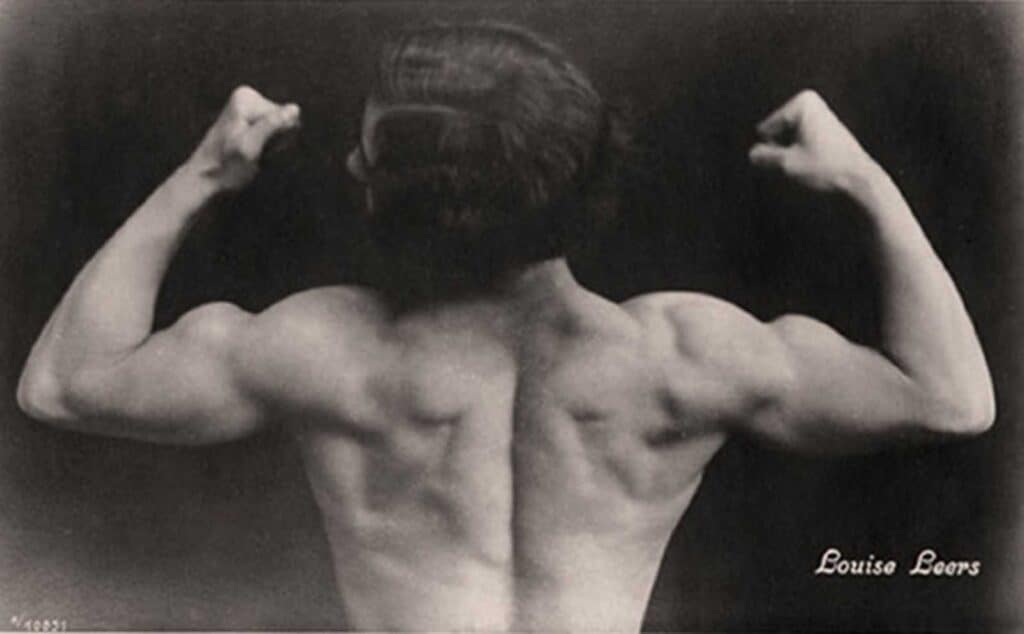 Strong women first appeared around the late nineteenth century as circus attractions rather than serious athletes, a result of sexist conceptions of femininity. Into the next century, most physicians believed that too much exercise was dangerous for women because they were weak and frail. Strong women like Louise Leers, pictured here, worked to dispel myths about the female body through impressive feats of athleticism. The female body building industry would take off about 40 years later in 1977.

Henry McGhee, a YMCA employee, orchestrated the first female bodybuilding competition in 1977 because he believed women should have the same opportunity to show off their strength as men

13 Rarest Emojis in Use

Learn About the 11 Rarest Colors to Ever Exist