9 Most Expensive Schools in the World

The most expensive schools in the world, most of which are boarding schools in Europe, offer luxurious facilities, advanced learning programs, and incredible travel opportunities for many international students. Some of these schools even educate babies as young as 18 months!

Continue reading to learn more about the 9 most expensive schools in the world, including their state-of-the-art facilities, luxurious extracurricular activities, and incredible locations. 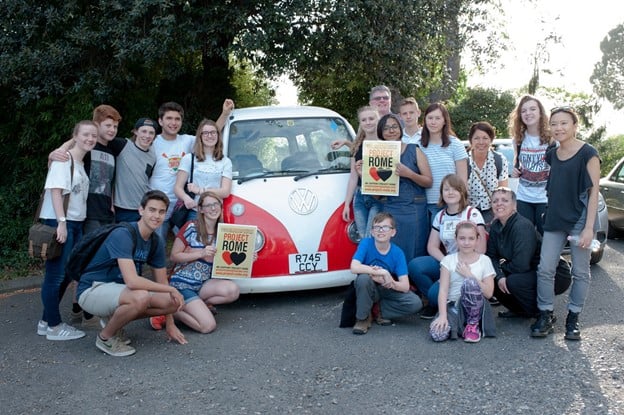 THINK Global School is not like other schools. This high school travels the world with its approximately 60 students, learning about other cultures in 10 different countries over its three-year program. It was founded in 2010 by Harald and Joann McPike, making it the newest school on this list.

The school uses the “Changemaker Curriculum” to try and give students a project-based education that focuses on engaging in communities, traveling, and cultural learning. It is registered as a non-profit entity, though this does not stop it from collecting $94,050 from each of its students for annual education and travel fees.

The countries of residence change each school year. However, certain aspects remain consistent, such as a term spent in a country where Spanish is the national language at least once per year.

The THINK education program encompasses three major pillars of learning: service-learning, cultural experience, and language learning. The curriculum changes to suit the needs of each host country, which include places as distant as Oman in the Middle East. Service-based projects, environmental paradigms, sociocultural learning, and multi-lingual understanding are all integral to THINK Global School’s mission.

The Collège du Léman International School is a boarding school in Switzerland, founded in 1960. It is in Versoix, in the canton of Geneva, and its pupils range in age from 2 to 18. What really sets Léman apart is its size, with approximately 1900 students in attendance despite its high prices.

Tuition rates vary for different age groups, but most can expect to pay upwards of CHF 93,000 or around $94,000 to attend. Its campus is located between Lac Léman and the Jura Mountains in Geneva.

One of the reasons for Léman’s high tuition fees is the luxurious extracurricular programming at the school. This includes a leisure and sports facility with two fully stocked sailboats, three tennis courts, multiple swimming pools, and a full archery range. 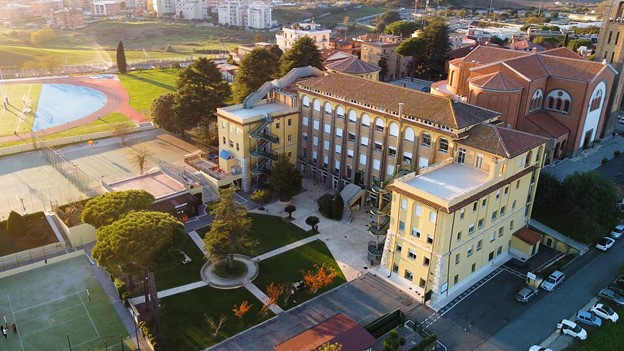 St. George’s International School is one of the largest of these expensive schools, with a student body of around 480. Its main campus is situated at the foot of the Alps, adjacent to Lake Léman, one of the largest in Western Europe, in the village of Clarens in Vaud.

Its tuition for its students, depending on seniority, can be over $100,000 per year. It was founded in 1927 as a girls’ school but has since become an international, co-educational facility, with both male and female students from over 60 different countries.

One unique aspect of St. George’s International School is that students in attendance can be as young as 18 months old. The Early Learning School at the facility starts a bilingual French/English learning curriculum for children between 18 months and 3 years of age. 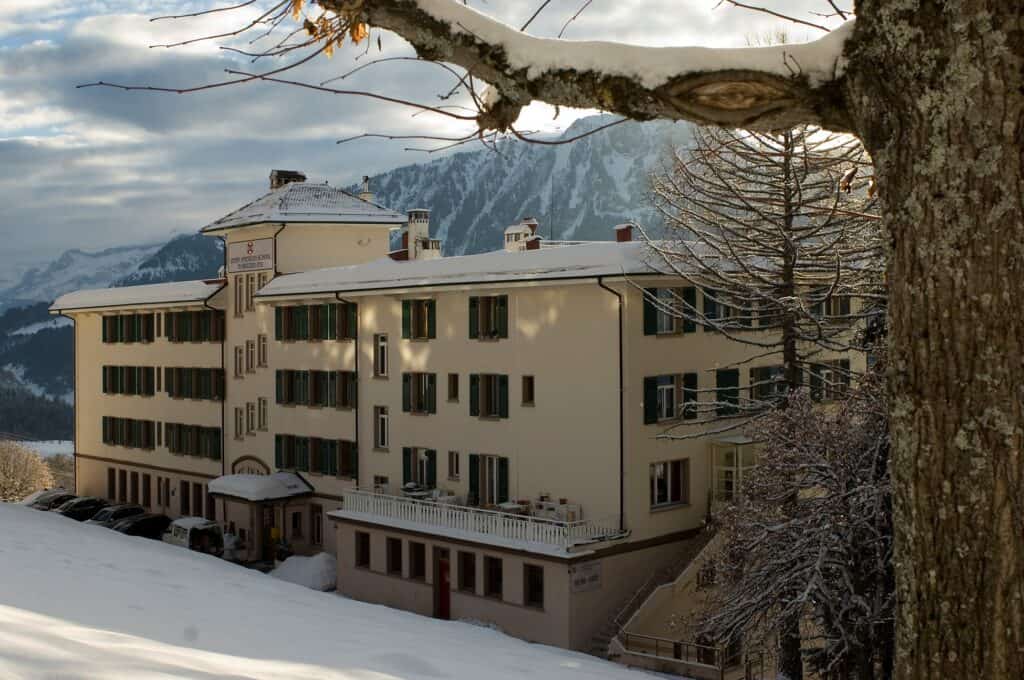 Leysin American School is a boarding school in Switzerland. It was founded by Fred and Sigrid Ott in 1960 and still serves as a co-ed independent school for grades 7-12. Its focus is college preparedness and English instruction for its approximately 340 students.

Tuition at Leysin can get up to the Swiss francs equivalent of $101,766.55 with all the fees and extracurricular costs that go into it. Activities offered at Leysin include performing, horseback riding, hockey, swimming, tennis, and ice skating.

12% of the students at Laysin are American. Leysin prides itself on its international student body, with pupils from around 60 different countries at any one time.

Shortridge Academy is the smallest school on this list, founded in 2002 and servicing only around 42 students per year. This year-round secondary school in New Hampshire is also unique on this list for being a high school, rather than a university.

Shortridge is a boarding school, however, offering co-ed classes and living arrangements in high-end facilities in the brisk city of Milton. Tuition, which also includes some one-time fees, technology costs, and more, can get up to $112,500 per year, making Shortridge the most expensive dedicated high school anywhere.

Shortridge Academy prides itself on being a “therapeutic school,” using the “positive youth development model” to encourage not only academic learning but healthy socializing, community outreach, and college readiness. 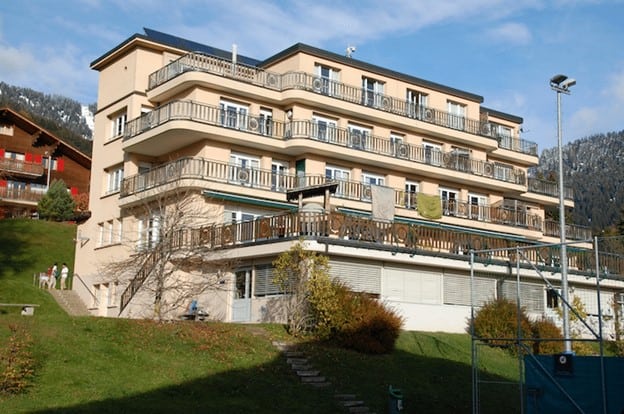 Aiglon College is nestled in the heights of the Swiss Alps in Switzerland, undoubtedly one of the most beautiful school locations in the world. It’s also more evidence of Switzerland’s dominance of the world’s expensive universities. This school was founded by John C. Corlette in 1949.

Students can enroll as young as 9 years old and can stay until the age of 18. This means that the campus’s 40 buildings, including boarding houses, encompass approximately grades 4-12. Tuition at the school can be as high as $123,293.76 per year.

The school is in an alpine village named Chesieres, within a short distance of the famous Villars ski resort. Its school motto is “The balanced development of mind, body and spirit.” 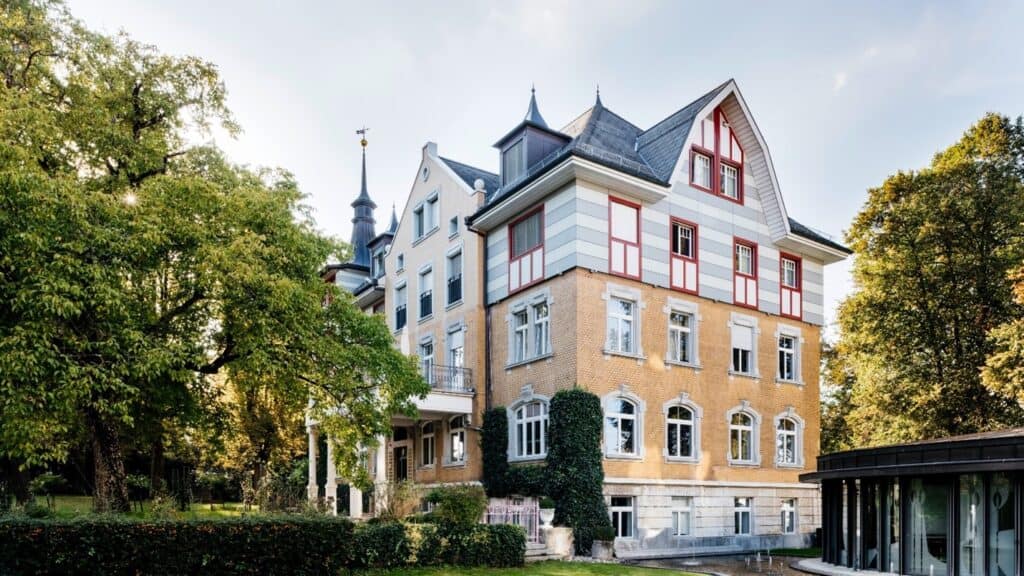 Institut Auf Dem Rosenberg, calling itself “The Artisans of Education,” is an international boarding school nestled in St. Gallen in Switzerland. This private school was established back in 1889, making it one of the older international schools in the country. This school enrolls students as young as 6 and as old as 19.

As a grade 1-12 international school, Institut Auf Dem Rosenberg offers several different degrees, including a US High School Diploma, a British GCA, an IB, and a German International Baccalaureate. 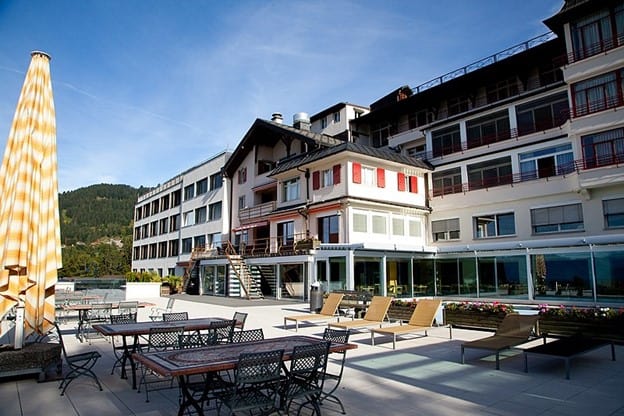 The Collège Alpin International Beau Soleil in Switzerland has a listed tuition fee per year of around 115,000 CHF, plus travel expenses and other fees totaling the equivalent of about USD 148,500. Students aged 11-18 are sourced from 50 countries to come to this school in the Swiss Alps of Villars-sur-Ollon in Switzerland. It is one of the highest schools in the world, literally, located 4,430 feet above sea level.

Established in 1910, this school is still one of the most exclusive in the world. Despite its high tuition, it has around 300 pupils enrolled per year.

The Collège Alpin International Beau Soleil has some famous alumni, including Jacques Villeneuve, the racecar driver, the commentator Sir Peter O’Sullevan, and even some royalty, including Princess Marie of Denmark and Guillaume, the Hereditary Grand Duke of Luxembourg. 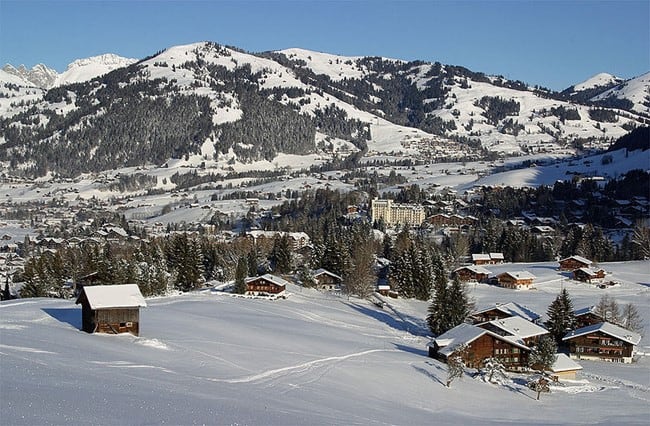 The most expensive school is Institut Le Rosey. Also known as Rosey, this private boarding school is located in Rolle, Switzerland, built on the site of another building from the 14th century known as the Chateau de Rosey. Due to its prestigious reputation, it has been nicknamed “The School of Kings.”

Total tuition and fees at Le Rosey can go as high as $157,000 per year. For that money, you also get to stay at Gstaad, the ski resort village in Bern that the school owns. The boarded students, faculty, and school staff live in this resort village from January through March.

Le Rosey’s approximately 400 students are challenged in “multiple intelligences,” as the school calls it, demanding that its students experience a full bilingual experience (French and English) and become adept in multiple programs. Graduates of Le Rosey are schooled not only in academia but in art and sports as well.

You may not have been lucky enough to attend one of the world’s most expensive schools but remember that tuition isn’t everything! Vacations to Switzerland are always an option, where most of these incredible facilities call home.

10 Most Expensive Advent Calendars You Can Buy

10 Most Expensive Fishing Lures You Can Buy