9 Rarest Types of Teas from Around the World

Tea drinking has been a part of social life for thousands of years. People from diverse cultures spread across the world enjoy this beverage.

The style and process of brewing largely differ from one region to another. When some communities like their tea black, without adding anything else, some put milk, sugar, salt, butter, herbs, or other ingredients into their drinks.

The culture of drinking tea cut across the class; from royalties to a person belonging to the lowest social strata, everybody enjoys this drink in their own unique way.

The price of the teas varies hugely depending on their availability, demand, and flavor. Here we list 9 of the rarest varieties of teas that are found across the world.

It is the most expensive variety of white tea harvested once a year in the spring season. This expensive tea is made from the cultivars of the Da Bai tea tree family. Only the top bud of the plant is used for producing this tea which adds to its rarity. The finest kind of Baihao Yinzen is made from carefully chosen buds plucked only by hand.

It has a light but complex flavor profile that includes floral, fruity, herbal, and grassy notes.

Originally, the White Hair Silver Needle Tea was produced in only two regions, Zhenghe and Fuding, in Fujian province. Now, the neighboring countries are also producing this variety of white tea, but Zhenghe and Fuding continue to be the major supplier of the best quality tea. 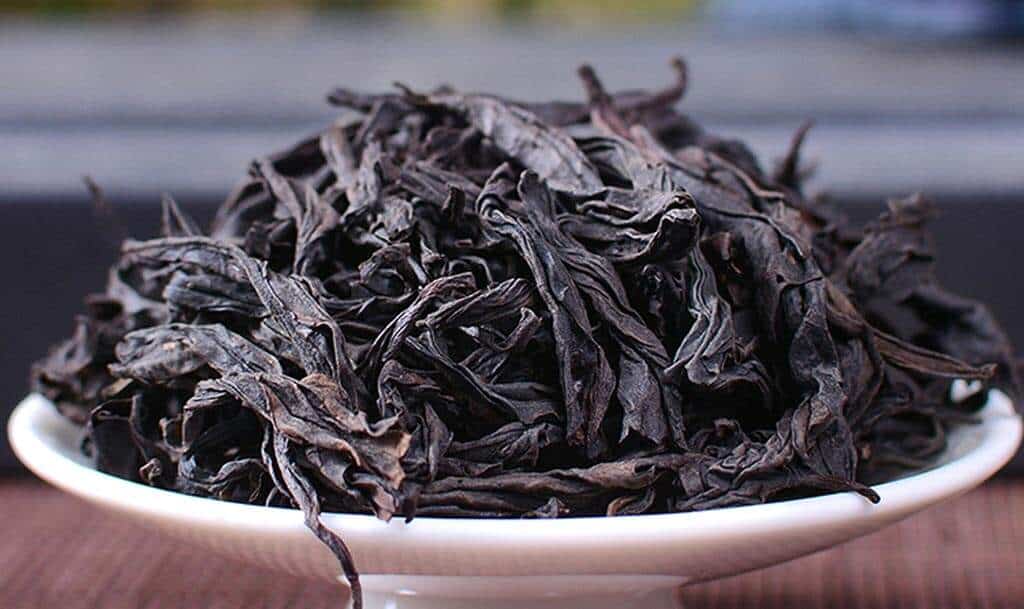 Narcissus Wuyi is a rare variety of oolong tea grown exclusively on dark rock cliffs in the highest altitudes of the Wuyi mountain, Fujian.

Three types of oolong teas are grown in Wuyi mountain, Rou Gui, DaHongPao, and Narcissus. The tea has an orchid-like aroma that gets stronger as the tree ages.

The leaves are oxidized to 60% and heavily baked with charcoal. It results in a dark rock tea type oolong with an exotic flavor. While drinking the brewed tea, you will get a floral, chocolaty, wooden flavor. Aged Narcissus Wuyi can be wildly expensive, and a kilogram may cost up to $45,000.

You can smell the aroma of a 50-year-old narcissus oolong from 30 meters distance. However, most of the trees do not survive more than 30 years. The narcissus trees older than 30 years are thus considered extremely rare and precious.

Tieguanyin, also spelled as Tie Guan Yin, is arguably the tastiest tea in the world. It is an oolong tea that was first harvested in Anxi, Fujian, sometime in the 19th century. Today, Taiwan also produces this variety of tea, but Anxi remains to be known for its quality production.

The word Tie Guan Yin means the Iron Goddess of Mercy. The tea is thus also referred to as Iron Goddess Tea. The gastronomic characteristic of this tea varies depending on the area of Axi it is produced.

Tienchi Flower Tea is a unique herbal tea produced from a type of pseudo ginseng flower. It offers similar health benefits as the ginseng flower and has a subtle aroma with a vegetal flavor.

The sundried flowers resemble tiny, dried broccoli flowers. Tienchi flowers grow only once every three years, which makes them even rarer.

Besides dried flower tea, Tienchi flower extract and health supplements are available in the market. 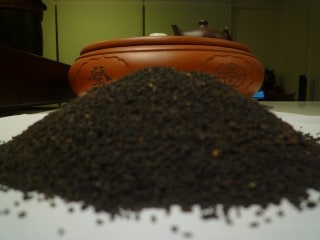 Pu-Erh teas are known for their health benefits. Poo Poo Pu-Erh is a special kind of Pu-Erh tea that is made from the excrement of larvae of grain moths.

The larvae are fed on tea leaves, and their excrement is used for making the tea.

Farmers collect the excrement and carefully clean the twisted leaves before drying them under the sun.

This was originally produced in Yunnan, China, but now Taiwan has also begun to produce this exclusive tea. The leaves are very tiny and produce a tick coffee-colored liquor with a strong flavor.

Poo Poo Pu-Erh tea has been produced since the 18th century and was presented as a gift to Emperor Kialong. 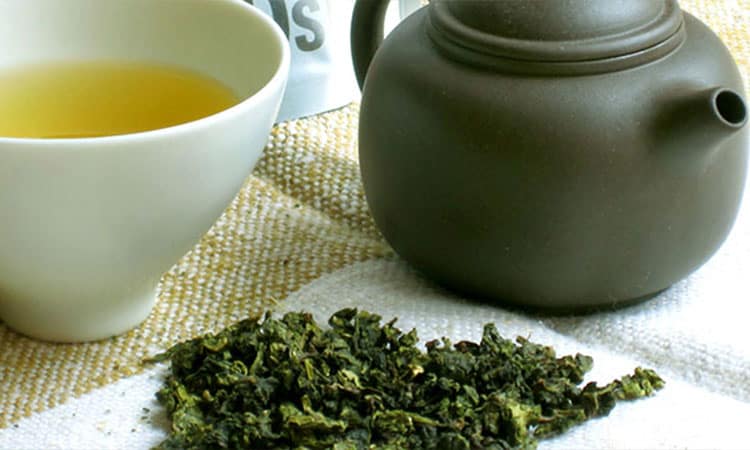 Panda Dung Tea is a type of green tea that is fertilized by the poop of pandas. This tea is so rare since it is produced in only one location in the Ya’an mountainous region of Sichuan.

Panda Dung Tea was first introduced in 2012 by An Yanshi, a tea entrepreneur from Sichuan. A Yanshi promoted Panda tea as the most healthy tea with high nutritional value.

During its launch, Yanshi argued, “Pandas have a very poor digestive system and only absorb about 30 percent of everything they eat.” As pandas only eat wild bamboo, their dung is rich in nutritional properties. According to Yanshi, using dung as fertilizer enhances the health benefits of tea. 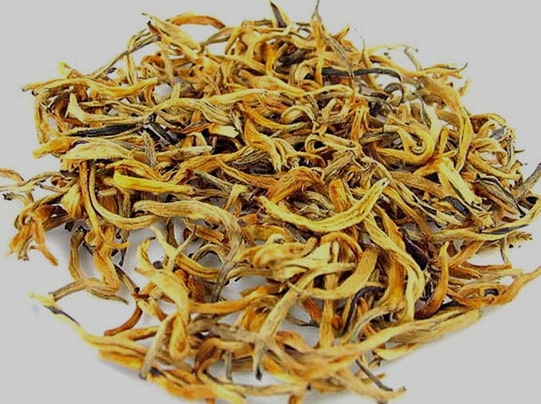 Yellow Gold Teas Buds are among the rarest teas available in the world. It is exclusively produced and distributed by Singapore-based tea company TWG Tea. The leaves of this yellow tea are hand-painted with 24K edible gold flakes.

According to TWG, the tea is grown on only one mountain in Sichuan Province, China, and harvested only one day per year. It is harvested only from the top of the tea with the help of golden scissors.

The tea has a mellow floral taste with a tinge of metallic flavor.

Reportedly, the production method of Yellow Gold Tea Buds dates back to 16th century China, where it was the favorite of the emperors. 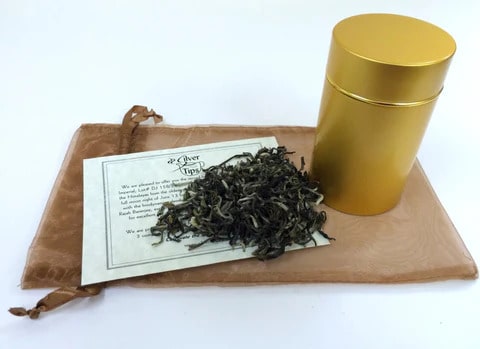 While all the other varieties of teas on this list are produced in China, this one is an exception. This tea is produced in a single tea estate located in the Darjeeling district, West Bengal, India.

It is a semi-fermented light liquoring oolong tea harvested only on full moon nights from March to October. Specially trained women of Makaibari Tea Estate pluck the two leaves and a bud with their hands.

Due to the complexity of the production process, only a limited quantity of this tea is produced each year.

According to the chairman of the Makaibari tea estate, they choose to pluck the tea leaves only on full moon nights because it is when the water content in all life forms decreases, and thus, you get the “distilled essence of the plant with all its subtle flavors and characters.” 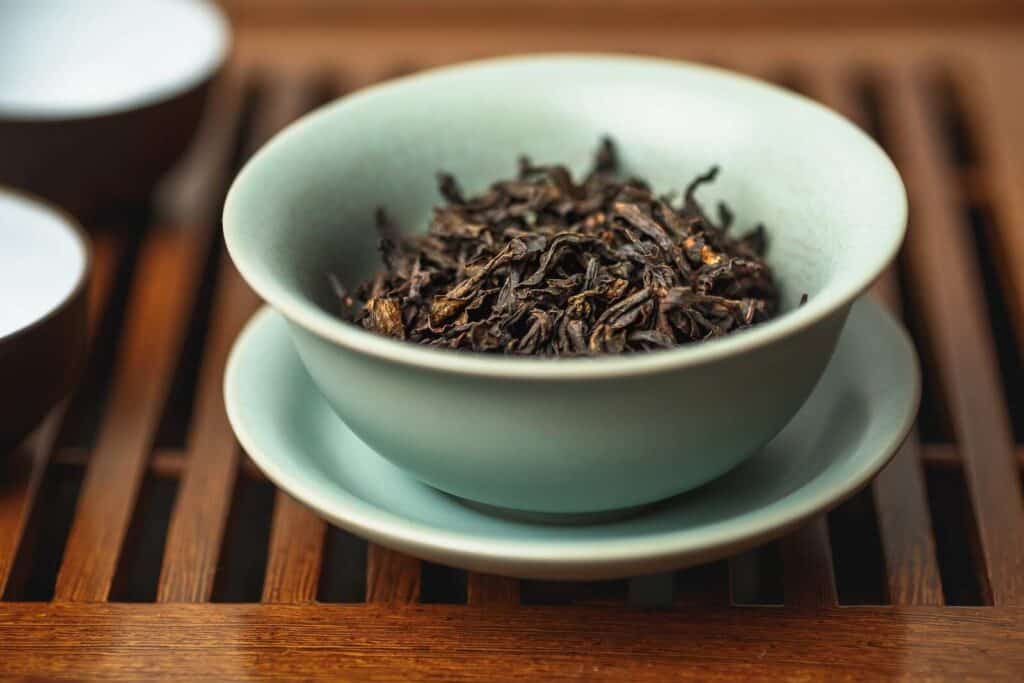 Original Da Hong Pao is the rarest and most expensive tea in the world. It is produced from Da Hong Pao tea trees grown on the stiff cliff and rock ledges of the Wuyi Mountains in Fujian Province. These trees have thousands of years of history, but unfortunately, only six of them survive today.

These six trees are known as the Mother Tree Dai Hong Pao. In 2007, the Wuyi government banned anyone from privately collecting teas from the mother teas. The last batch of teas produced from the mother trees was sold for record price at auctions.

In the late 20th century, scientists in a Fujian University successfully cultivated new Da Hong Pao plants from the fragments of original tea bushes. Tea from these asexually produced trees is known as purebred Da Hong Pao. It is still rare but not as rare as the original variety.

Da Hong Pao is a heavily oxidized oolong tea with a unique flavor profile. It has an orchid-like aroma and a long-last sweetish after-taste.

Da Hong Pao tea can be re-infused up to nine times without compromising the flavor.

9 Most Expensive Putters Ever Sold