8 Most Expensive Restaurants in Nashville

Nashville is probably best known for its music scene. “From its very beginnings, Nashville grew from a foundation built on music,” says the city’s website.

As the capital of Tennessee, one of Nashville’s first prominent politicians was Davy Crockett, a folk hero who played the fiddle during the early 1800s. Later, the Jubilee Singers of Nashville’s Fisk University rose to fame as one of the first and most successful African American vocal groups.

By the 1900s, Nashville was a major music hub in the U.S. Icons like Jimi Hendrix and Little Richard were regular performers in the city, and Jefferson Street in particular became a hot spot for R&B.

Nashville is still known for music today, with stars like Taylor Swift and Dolly Parton calling the city home.

Beyond the music, Nashville has a popular restaurant scene. You can find all kinds of cuisine in the city, from quick burger joints to luxury dining.

Nashville isn’t as expensive as places like New York City, but there are still several pricey places to have dinner. Learn more about the most expensive restaurants in Nashville with this list! 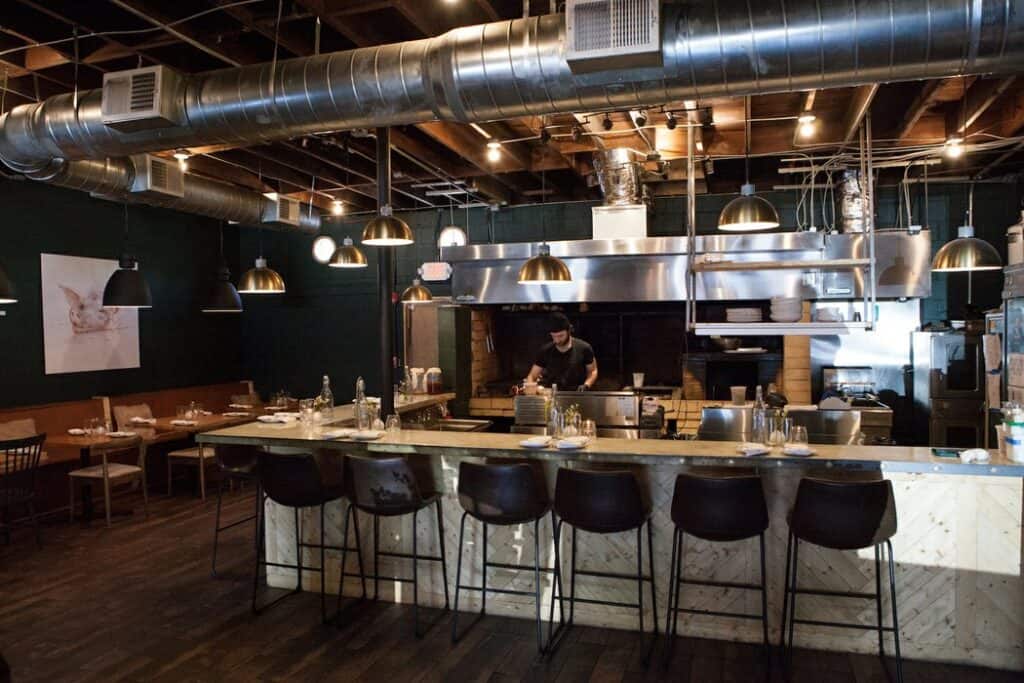 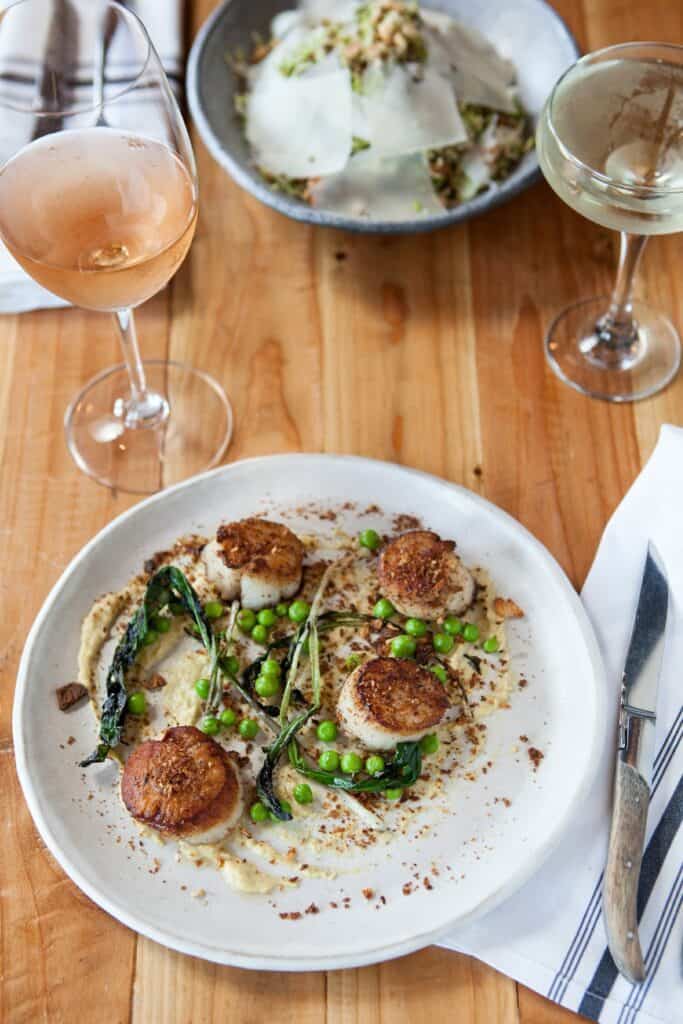 Beyond the dinner menu, Pelican & Pig has a delicious dessert menu with classics like chocolate chip cookies and caramel panna cotta. The restaurant also has a diverse drink menu, including cocktails starting at $13 and red wines starting at $14.

When it comes to dinner prices, Pelican & Pig costs at least $45 per person, but you could easily spend upwards of $60. Add a drink and dessert and you’re looking at a $100 dinner. 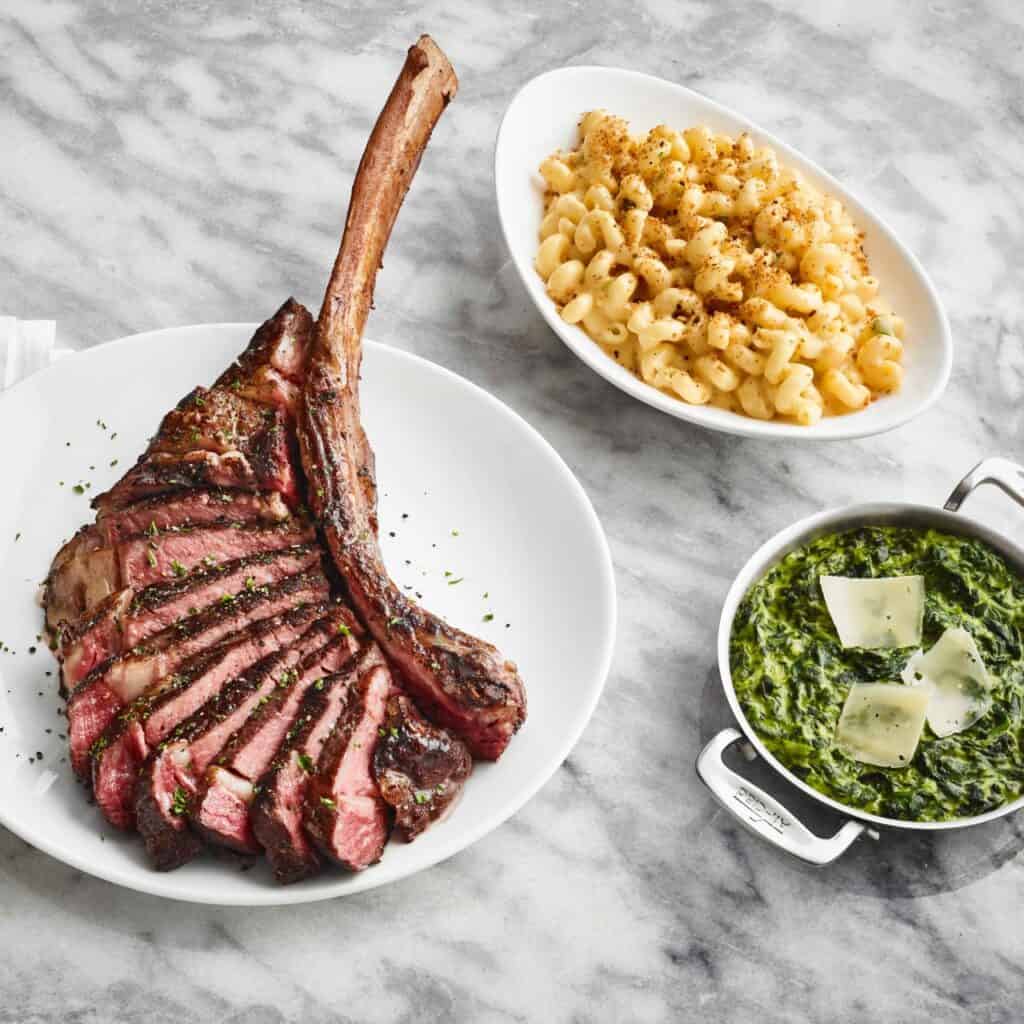 Fleming’s is a fine-dining steakhouse on West End Avenue in Nashville. “Fleming’s in Nashville is an outstanding choice to enjoy an exceptional Prime steak, glass of wine or handcrafted cocktail,” says one report.

There’s a lot to enjoy at this restaurant. For a classic steakhouse/seafood experience, Fleming’s offers savory options like aged ribeye, truffle-poached lobster, Prime New York strip, and much more. But it’s not limited to meat — Fleming’s is one of only a few steakhouses with a vegan menu. One popular plant-based option is the chickpea and eggplant croquette, while vegetarian desserts include key lime pie and carrot cake.

As a chain restaurant, Fleming’s has positive reviews from across the U.S. One critic in Florida says the food is excellent: “I always go for the filet, which is served here with a Gorgonzola cream sauce.”

When it comes to prices, Fleming’s is crazy-expensive. A meal starts at approximately $45, but that’s on the low end. The Prime Tomahawk costs a whopping $97 and the lobster tails come in at $59. Side dishes are equally expensive, with mashed potatoes starting at $10 and Brussel sprouts priced at $14.

Drinks at Fleming’s can cost upwards of $300 per bottle. 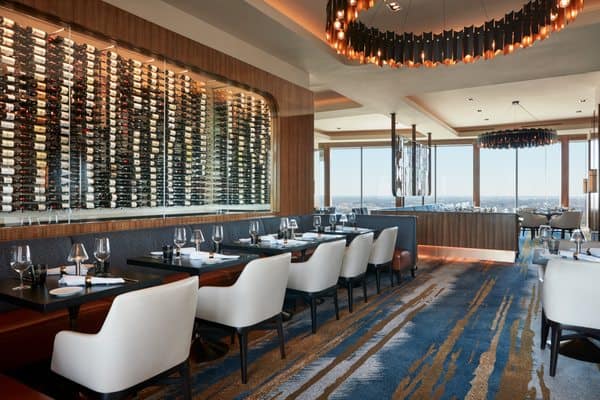 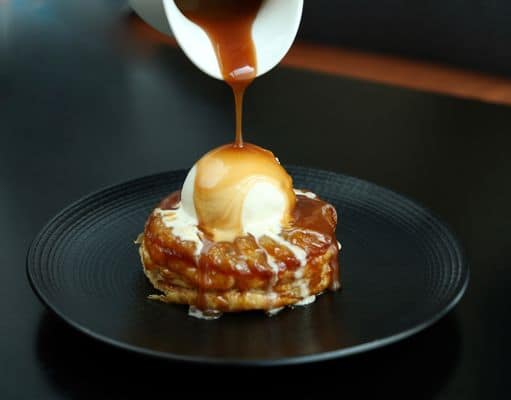 Bourbon Steak by Michael Mina is the recipient of several high-profile awards from the public and critics alike. Trip Advisor named the eatery Nashville’s best restaurant, while Michelin has noted the restaurant as a prime location for juicy steaks and delicious wines.

The wine list at this restaurant includes glasses going for upwards of $60. 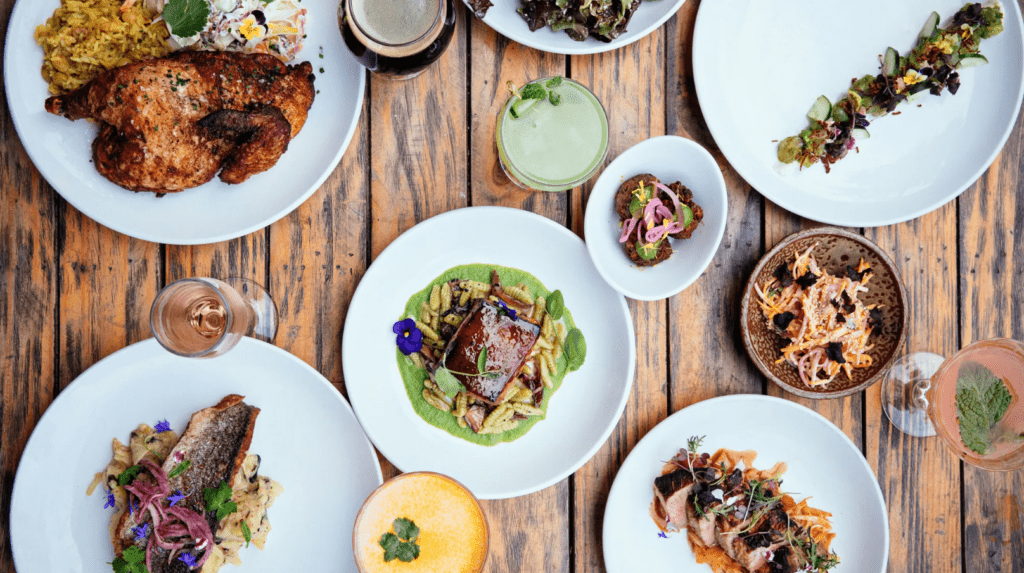 Butcher & Bee is as unique as it is expensive. Meal prices vary, but you could easily spend upwards of $50 at this restaurant. The Chef’s Choice experience includes a selection of the day’s best dishes and costs a whopping $52 per person. Other meals can cost even more, like New York strip steak with pomegranate and rice, which sells for $60. 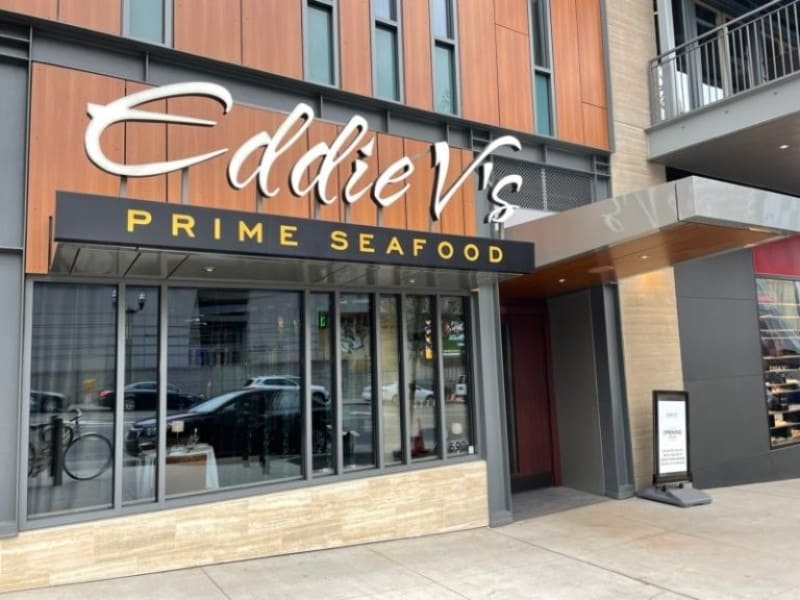 The restaurant’s popular Norwegian salmon dish costs $36, while the lobster comes in just north of $100. A typical meal costs about $65, making Eddie V’s Prime Seafood the fourth most expensive restaurant in Nashville. 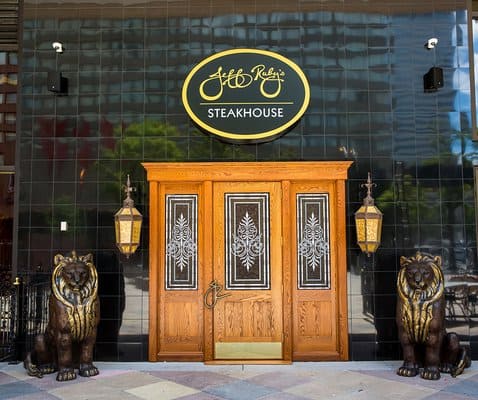 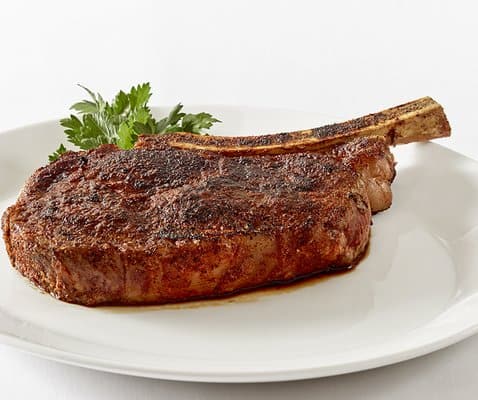 Jeff Ruby’s Steakhouse costs about $90 per meal. That price can climb even higher if you order pricey additions like wine pairings and desserts.

Jeff Ruby’s Steakhouse has won a lot of awards. Travel + Leisure magazine named the restaurant America’s best steakhouse, and USA Today ranked it in the top 10. 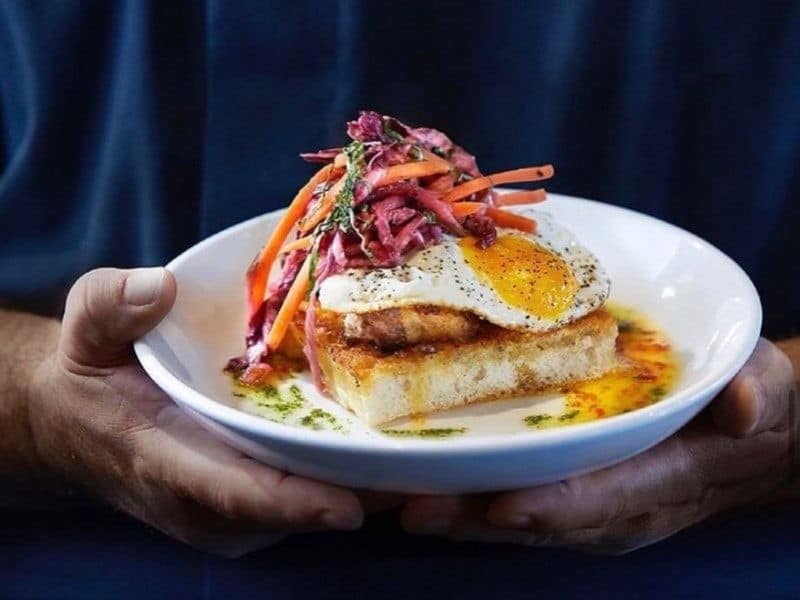 The Chef & I is located on Adelicia Street near Vanderbilt University. The high-end eatery offers a blend of American flavors using local ingredients, including aged beef tartare, caramelized vegetables with whipped goat cheese, and roasted butternut squash with fresh mozzarella.

The Chef & I was founded by Erica Rains and Chef Chris Rains, a couple with a passion for food. The brand was originally a private chef service, but it eventually expanded and became the popular restaurant it is today.

A quick bite at The Chef & I can cost as little as $40, but you won’t get much food for that price. For a full meal, diners choose the Chef’s Tasting Menu, which costs $119 per person. That price tag gets you seven courses with optional wine pairing for an additional $60.

One food critic says The Chef & I is a top-tier restaurant: “Check out this stripped-down, rock and roll–inspired intimate restaurant…[serving] well-seasoned proteins paired with the freshest possible local produce—this is upscale American that delivers.” 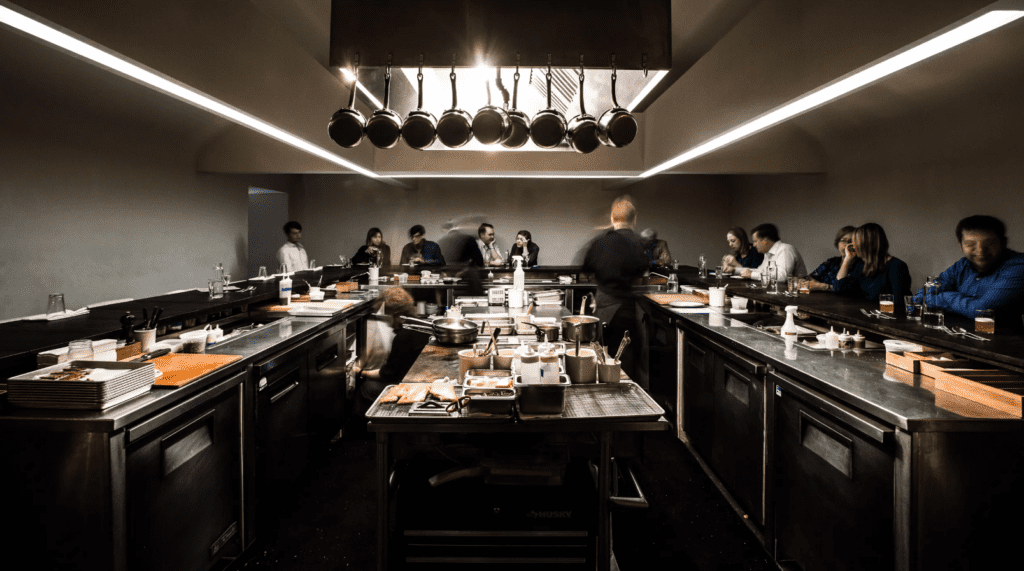 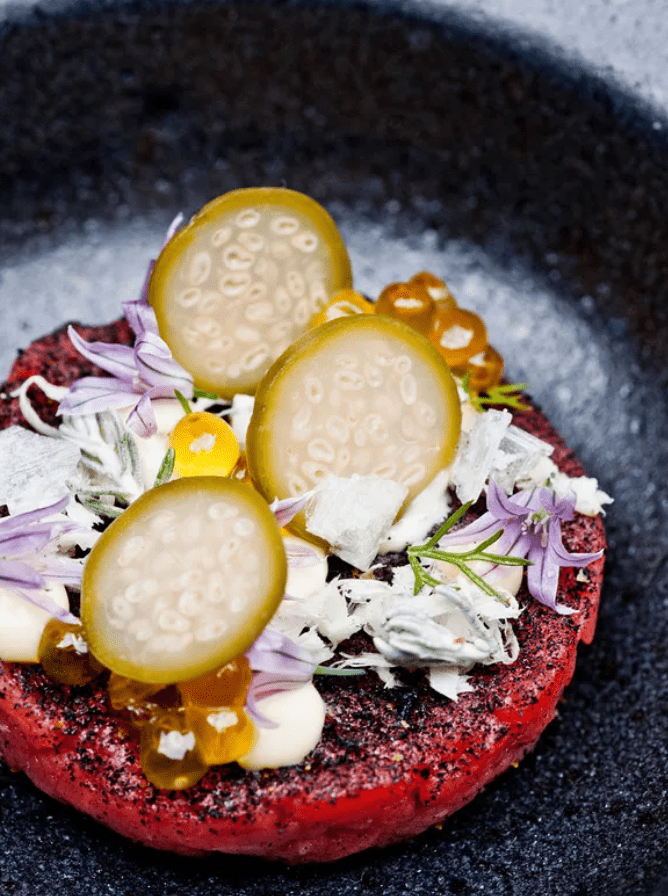 The Catbird Seat is the most expensive restaurant in Nashville.

Executive Chef Brian Baxter cooks innovative American cuisine at The Catbird Seat in Nashville. The forward-thinking restaurant offers a blend of flavors, from tomatoes and caviar to yeast-raised donuts with foie gras mousse.

One food critic says The Catbird Seat takes diners on an exciting journey: “[The flavors kept] getting bolder…like the combination of tender blue crab with slices of courgette, a type of heirloom squash. The two textures melded together under a biting Japanese curry sauce.”

A meal at The Catbird Seat includes 10 to 12 courses served right next to the kitchen. Diners enjoy an ever-changing menu of local ingredients prepared in front of them, including a carefully designed dinner plus dessert. The dining experience costs $135 per person, making The Catbird Seat Nashville’s most expensive restaurant.

Chef Baxter incorporates international cuisine into his restaurant. Before the meal starts, guests are served tea “through a Kyoto-style cold brew system that steeps the tea over several hours.”