10 Rarest VHS Tapes Ever Made

As a rule, collectibles are desirable. They sell for hundreds, if not thousands, of dollars on Ebay because of their quality and/or contribution to a particular genre or topic. The same cannot be said of rare VHS tapes. With a few exceptions, several of the rarest cassettes are B-movies that had limited runs and funds rather than cinematic masterpieces. Despite the general campiness found on these tapes, VHS enthusiasts scour all corners of the internet to get their hands on these films. It should also be noted that, despite their high price points, several sources assert that the Disney Black Diamond Edition VHS tapes are not actually rare. For this reason, they are included on this list. 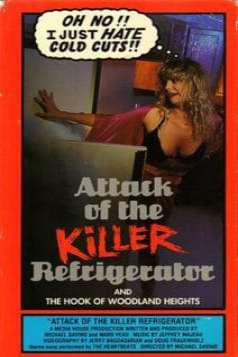 “Attack of the Killer Refrigerator” is a super low budget horror film about a group of college students who destroy a refrigerator, unaware that it will come back for revenge. It’s generally regarded as a low quality film with little production value and an incoherent script. Even so, there were only 3,000 VHS tapes ever made, making it a collector’s item among VHS buffs. The VHS tape also came with a bonus film called “The Hook of Woodland Heights” as well as a behind the scenes look at the making of the second feature.

Donna Michelle Productions, which produced the tapes for “Attack of the Killer Refrigerator,” was an independent company that found clients by magazine advertisements. They only worked on seven films, all of them low budget and most of them horror. 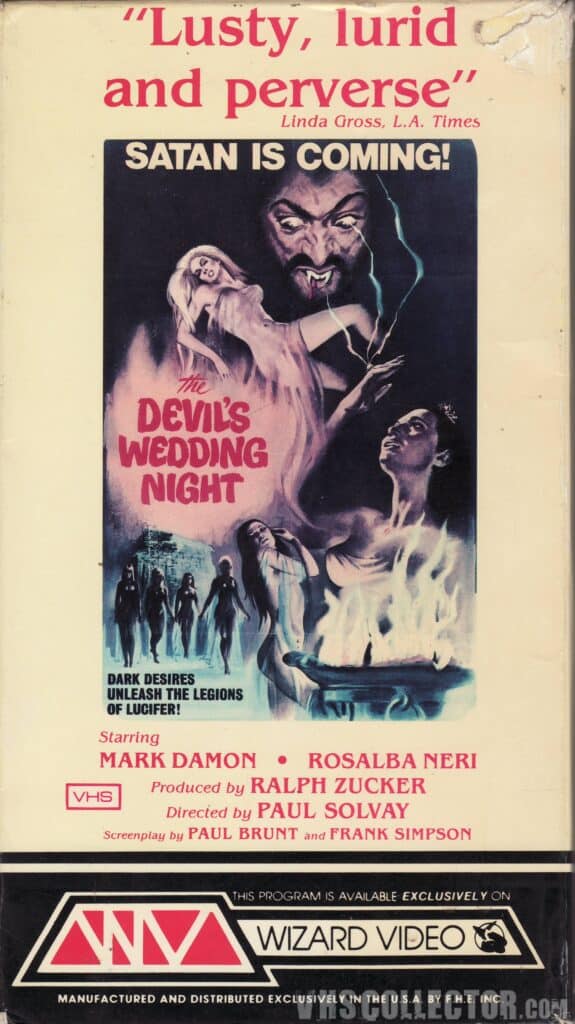 “The Devil’s Wedding Night” is an Italian exploitation horror film. It follows Lady Dracula, who uses her husband’s ring to lure women to her castle so she can bathe in their blood. This film is considered a B-movie, meaning that it probably had a low budget and didn’t make it to theatres. As a result, it’s challenging to find VHS copies today and, when they do pop up, they can cost hundreds of dollars.

There was a massive dip in film productions last year. Whereas studios produced almost 800 movies in 2019, there were only 329 made in 2020. 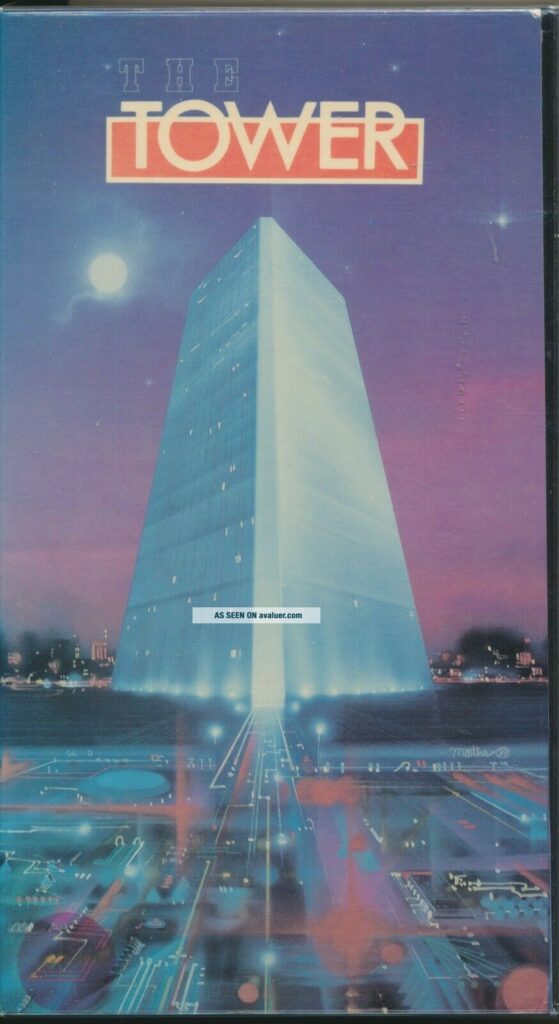 This 1985 Canadian sci-fi horror film centers on a sentient high rise that turns human body heat into energy and subsequently feeds off of the people who work inside of it. Emmeritus Productions, an independent company known for their cheap approach, produced “The Tower.”  Their budget, as well as the film’s low quality, probably explains why it’s so difficult to find it on VHS.

Emmeritus Productions produced a new film every two months, which is an unheard of production time frame. They accomplished this through specific requirements, such as no one scene lasting more than two minutes. 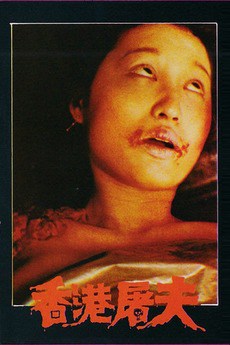 “Hong Kong Butcher” is an 80s slasher film from Hong Kong about a real life serial killer who was arrested in 1982 for murdering several women. In both reality and the film, the man used his job as a taxi driver to find his victims. As a foreign language film with a disturbing premise, “Hong Kong Butcher” VHS tapes are difficult to locate. 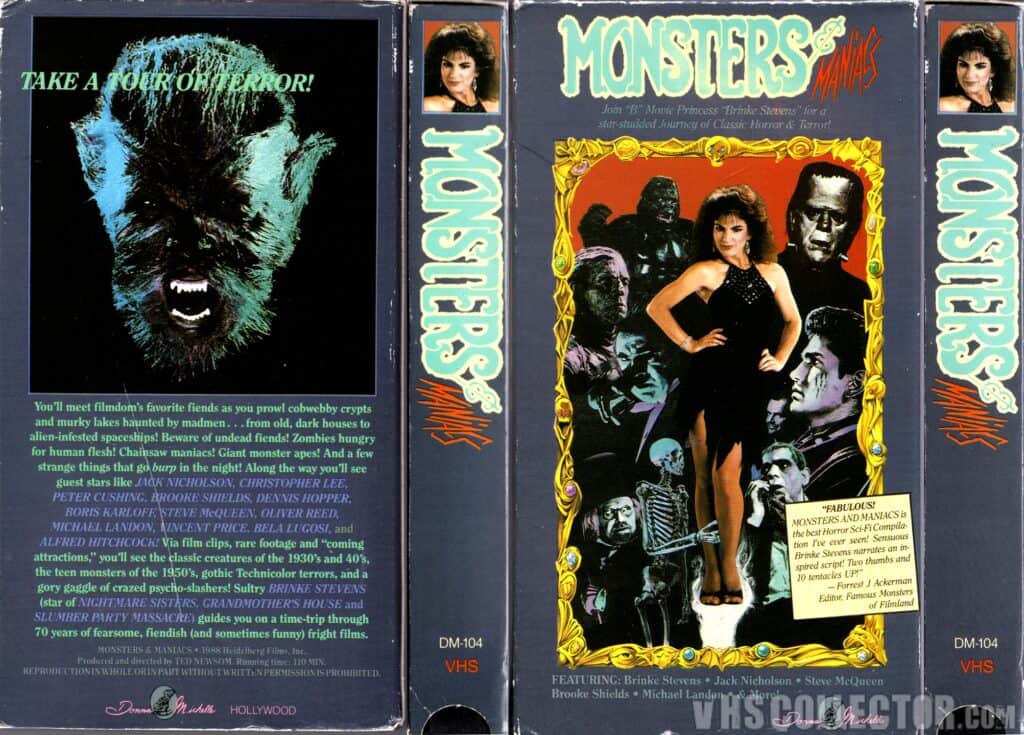 “Monsters and Maniacs” is the scarcest title released by Donna Michelle Productions. It’s quite difficult to find a copy online and there is little known about it. It’s clear that it was a compilation of classic horror scenes and monsters from the 1930s to the present.  It’s hosted by actress Brinke Stevens, who is also featured on the cover art.

“The House of the Devil” (1897)  is the first known horror film ever made. It is only three minutes long. 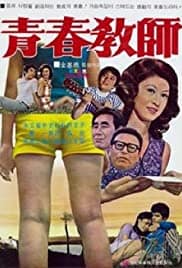 There isn’t much record about the plot of “The Young Teacher,” but it is remembered for being the first theatrical film released on VHS. From the information available, the South Korean film follows a young educator who wants to boost school spirit and cheer her students up with a volleyball game. She faces backlash from the strict school board. This film’s age and release in a single country make it an obscure VHS find.

Dwayne Johnson is the highest paid actor in the world with $87.5 million in earnings in 2020. 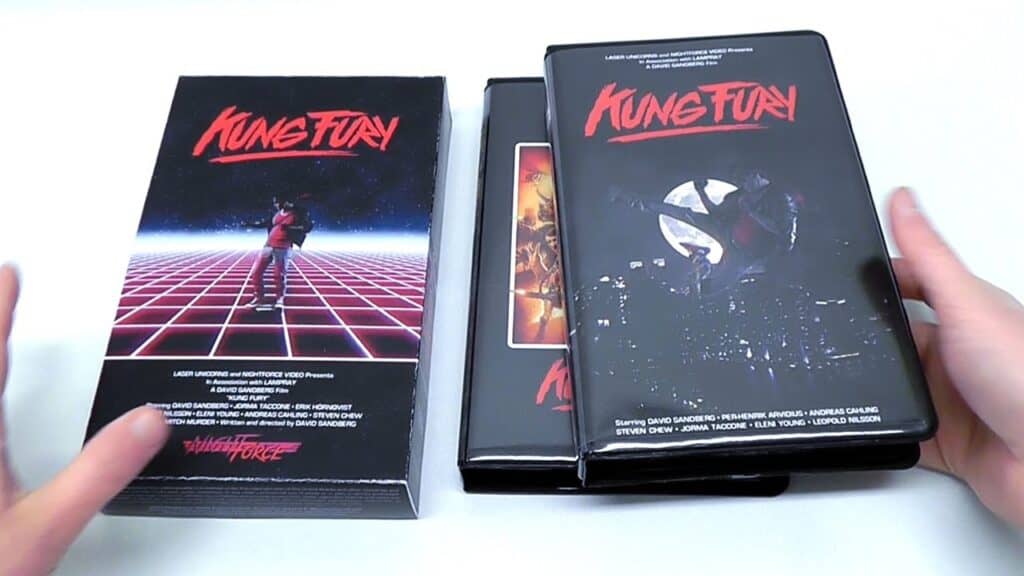 “Kung Fury” is a 2015 action comedy short based on ‘80s crime and kung fu films. As an homage to its foundational genres, there was a limited edition VHS release for the movie. They only made 170 copies sold exclusively in the United States. As an extra bonus, those who preordered a VHS copy during the kickstarter campaign got one of the 26 copies with a cardboard sleeve. The other subsequent tapes only had the clam shell plastic box.

JVC Company invented the VHS tape in the 1970s. It became the popular form of home entertainment because JVC didn’t charge other companies for using their technology. 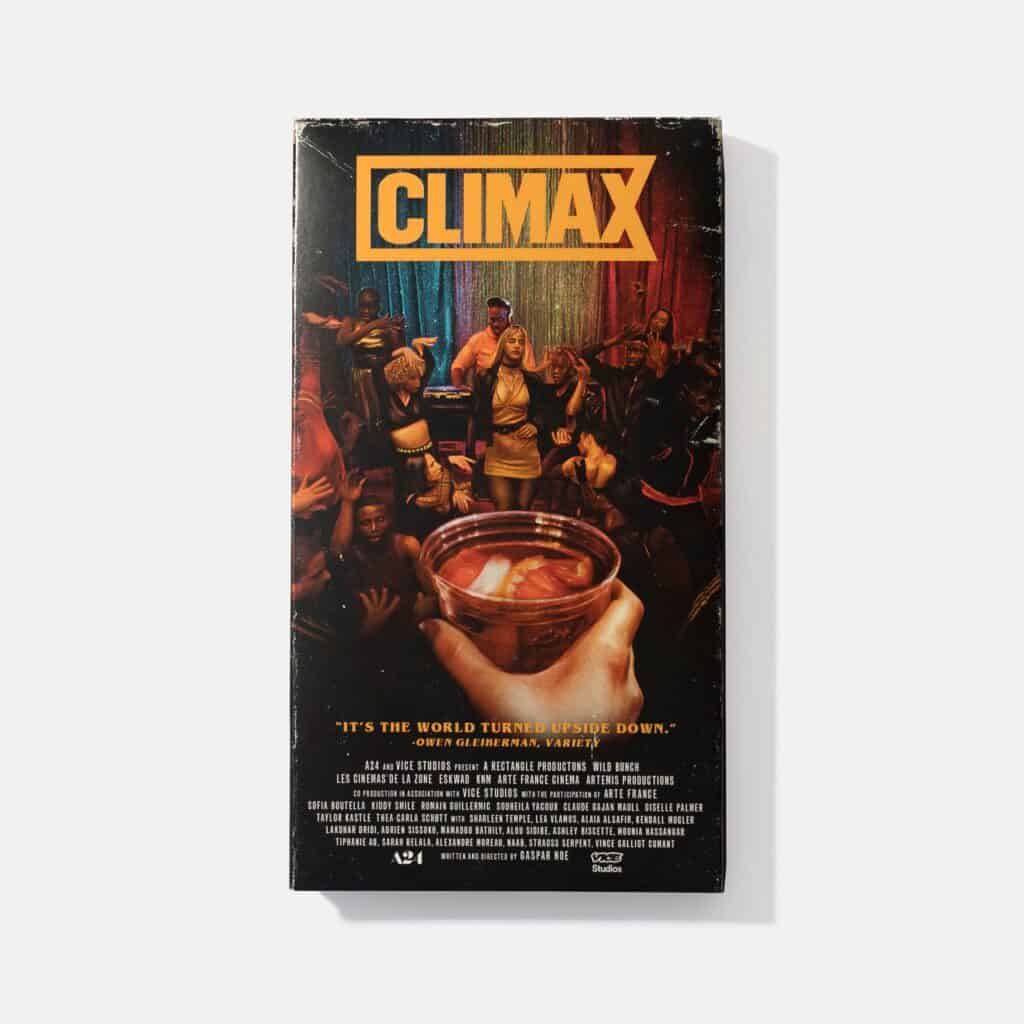 photo source: A24 and Matthew Dix

“Climax” follows a group of dancers who rehearse in an empty building. Their evening devolves into chaos as they realize the punch they’ve been drinking was laced with LSD. As part of the movie’s promotion, the production company A24 released a limited run of 100 VHS tapes. The tapes were packaged in a cardboard sleeve that featured an artistic rendering of the cast as well as screenshots. Artist Matthew Dix, whose specialty lies in making VHS covers for modern films, designed the sleeve.

Besides Sofia Boutella, the entire cast of “Climax” were first time actors. The film was shot in only 15 days. 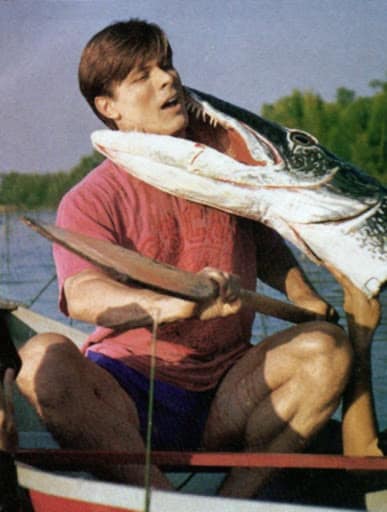 “Psycho Pike” is another obscure Canadian horror film. Rather than a sentient tower, the plot follows a group of people viciously attacked by a killer pike while fishing. The film is more or less lost today, with only a few stray VHS copies available for sale, probably because of a low budget that couldn’t cover high distribution costs. It’s so rare, in fact, that the only way people discovered it existed was through an article in a magazine called “Cottage Life.”

Funai Electric made the last VCR in 2016. 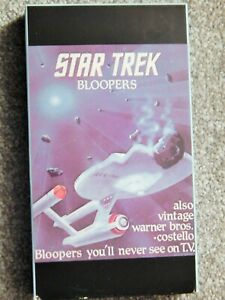 There are lots of rumors about the blooper reel VHS tapes from the original “Star Trek” series, which were shown at conventions but never officially marketed. As a result, these are the rarest VHS tapes.  One seller claims to have some that were exclusively given to the cast and crew as gifts, which would make them super limited edition. The seller says that the reels are some of the rarest memorabilia in the “Star Trek” fandom.

Despite being heavily associated with the television series, no one in “Star Trek” ever says, “Beam me up, Scotty.” 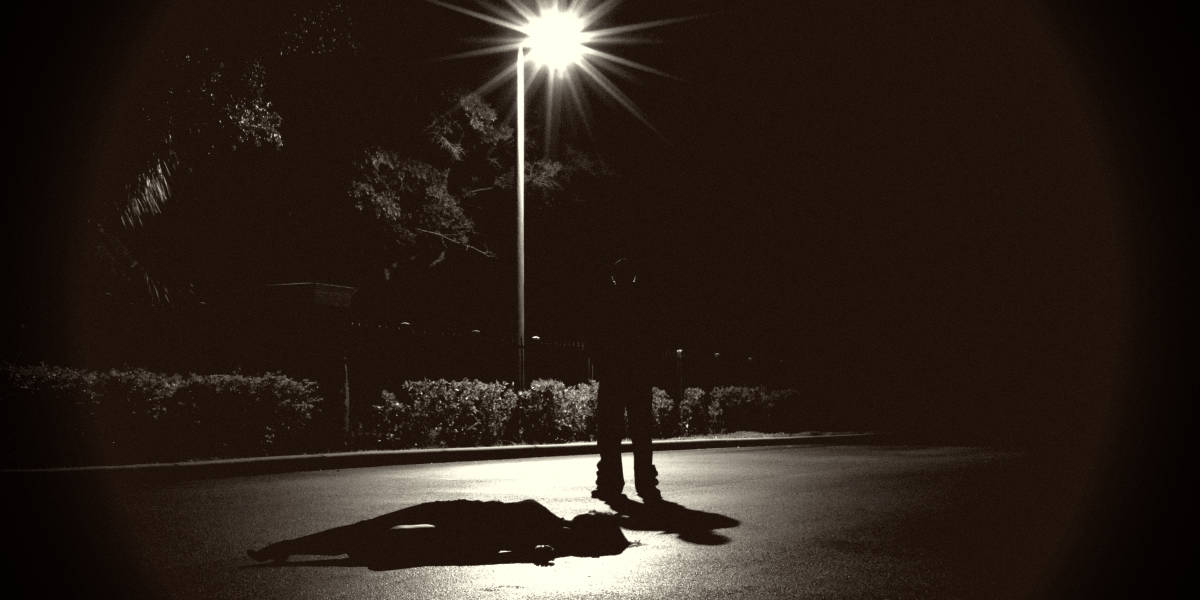 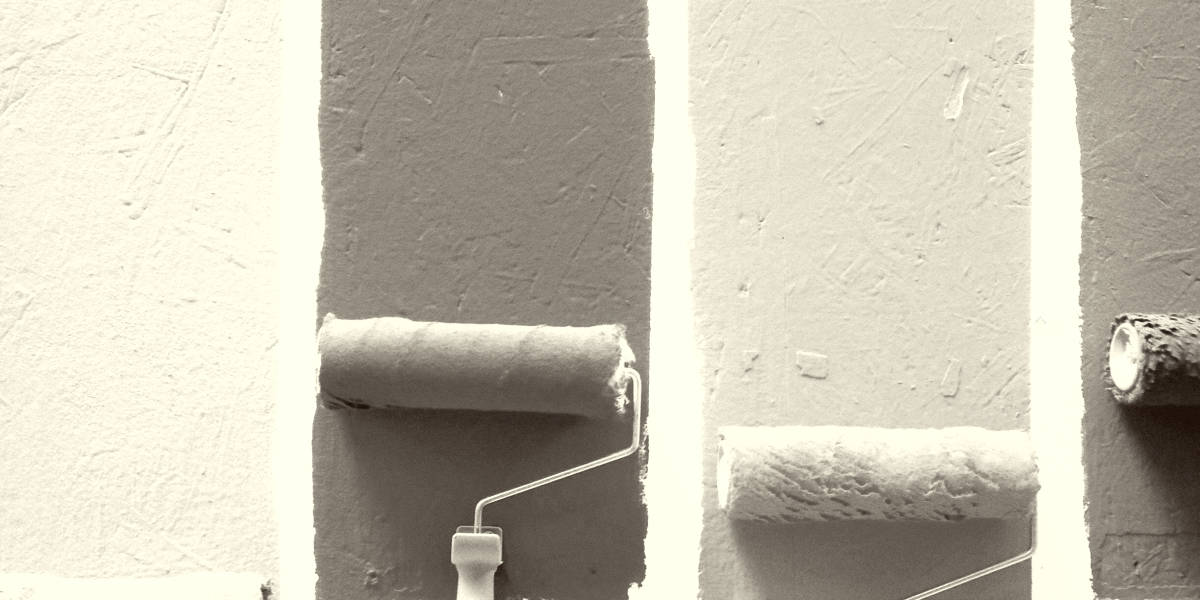