10 of the Most Expensive TV Shows Ever Produced

TV shows easily cost thousands per episode — and they have since the dawn of modern TV. Back when I Love Lucy was in its early years, stars Desi Arnaz and Lucille Ball earned about $2,000 per episode while each episode as a whole likely cost around $30,000. That’s nothing compared to today, but it shows just how expensive TV has been since the beginning.

Today, TV shows like Modern Family reportedly pay their stars $500,000 per episode, pushing the budget into the millions.

Although most TV shows are expensive to produce, some really push things with insanely pricey special effects, huge casts, and costly sets. These shows make TV of the 1950s look downright cheap.

Here are the top 10 most expensive TV shows. 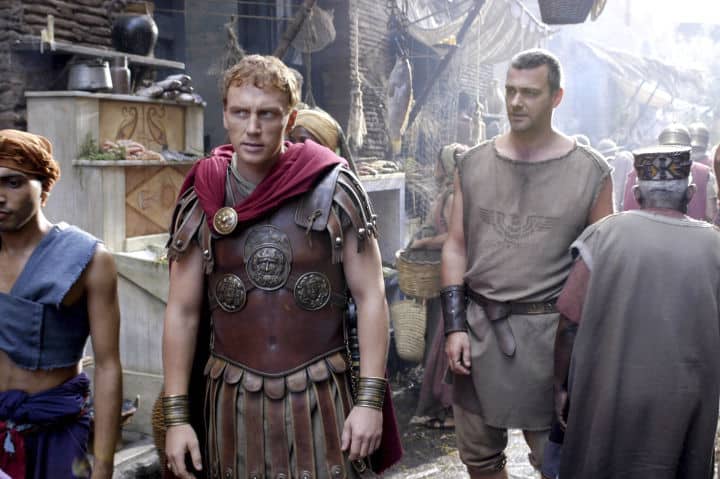 Rome was HBO’s big-budget sword and shield epic before Game of Thrones hit the scene. Unlike Game of Thrones, Rome only ran for two seasons. Still, the show managed to build up a massive budget during those years — earning the show an estimated price of $9 million per episode.

As the name suggests, Rome is a historical drama with plenty of action and adventure. The show follows Rome as it becomes a sprawling empire during the 1st century BC.

According to showrunner Bruno Heller, Rome was originally planned out for as many as five seasons, with seasons three and four getting a change of scenery in Egypt. 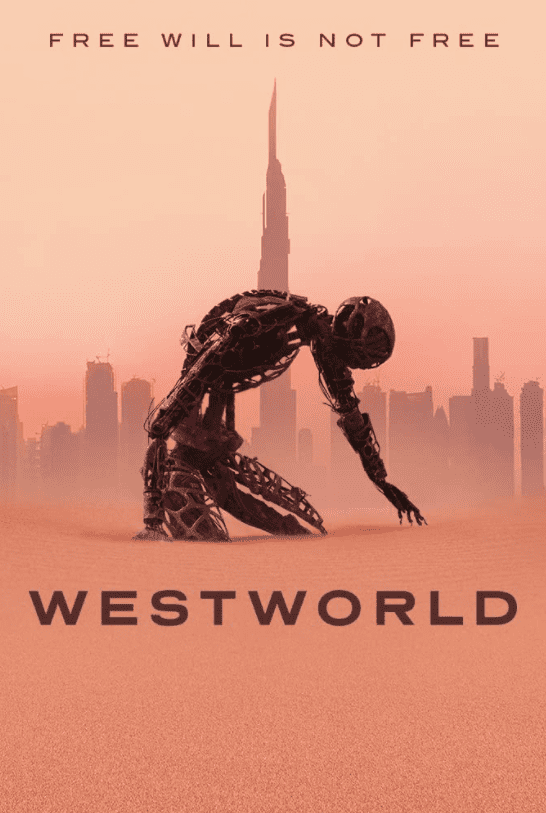 Westworld didn’t premiere without some issues. The show was delayed several times and faced an uncertain future as HBO underwent a change in executive leadership. But the series survived its troubled start — and audiences, as well as critics, loved it.

As a show by HBO, most people probably expected Westworld to be expensive. But maybe not quite this expensive. According to estimates, the series had a price tag of about $10 million per episode. As producer J.J. Abrams put it, “The production value of this thing is preposterous…But it’s HBO. That’s what they do.”

Although much of the show’s cost certainly went to production design and special effects, the A-list cast took a big chunk of change. Anthony Hopkins made an estimated $175,000 per episode while Ed Harris started earning $250,000 during the show’s third season.

According to J.J. Abrams, all that money made Westworld a visually pleasing series: “It’s not a cheap show to make, but it doesn’t hurt the eyes to look at” 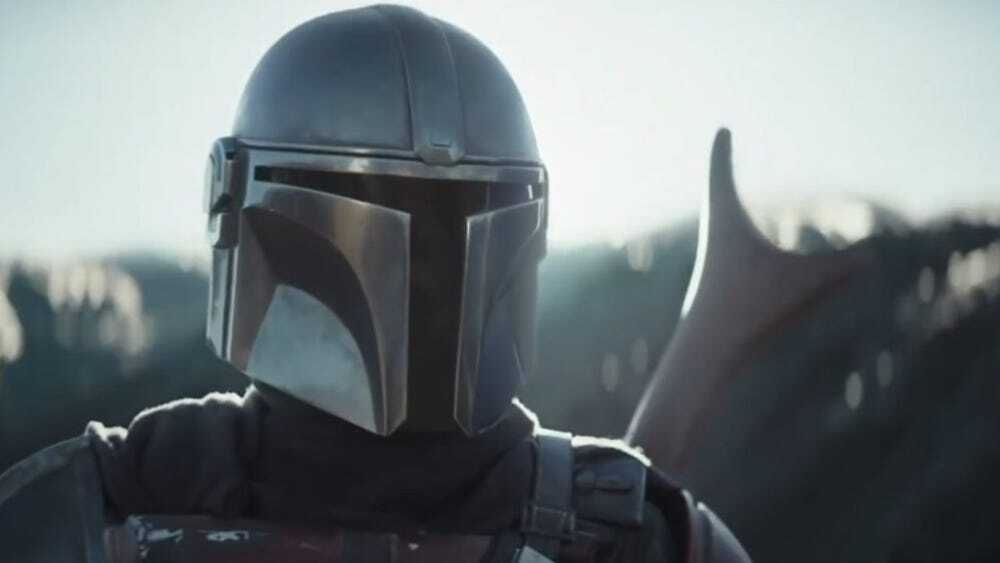 The Mandalorian is the first of several live-action Star Wars TV shows made for Disney+. The series cost a reported $100 million — or about $12.5 million per episode.

Although some of The Mandalorian’s budget went to cast members, a lot of the cost came from the show’s use of virtual sets. These unique sets replaced greenscreen and gave the show a more immersive look, but they’re also extremely expensive.

So what’s this show about? As IMDB puts it, “The Mandalorian is set after the fall of the Empire…[but]…before the emergence of the First Order” and follows a lone gunfighter in the outer reaches of the galaxy. That storyline means The Mandalorian features a lot of action scenes. Interestingly, these action scenes were often filmed using traditional greenscreens to avoid damaging the show’s expensive virtual sets.

Episodes of The Mandalorian are typically around 40 minutes long. That means the show costs an estimated $312,000 per minute. 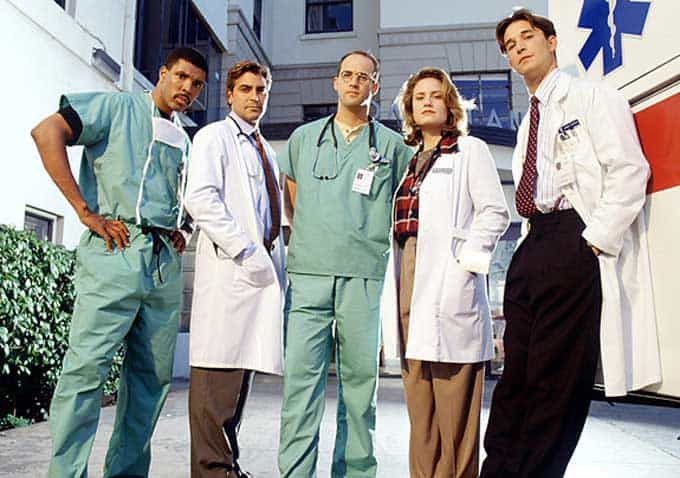 On a list filled with sci-fi shows and sprawling period pieces, ER stands out as a drama set in the real, modern world. The series follows the staff and patients at the emergency room of a Chicago hospital — and it cost $13 million per episode.

So if this show doesn’t have crazy battle sequences and high-tech sets, why did it cost so much? A large portion of the budget went toward paying cast members. Before he left the show in 1998, A-lister George Clooney made a reported $100,000 per episode.

ER was originally a screenplay written by Michael Crichton before he rose to fame for his novels. 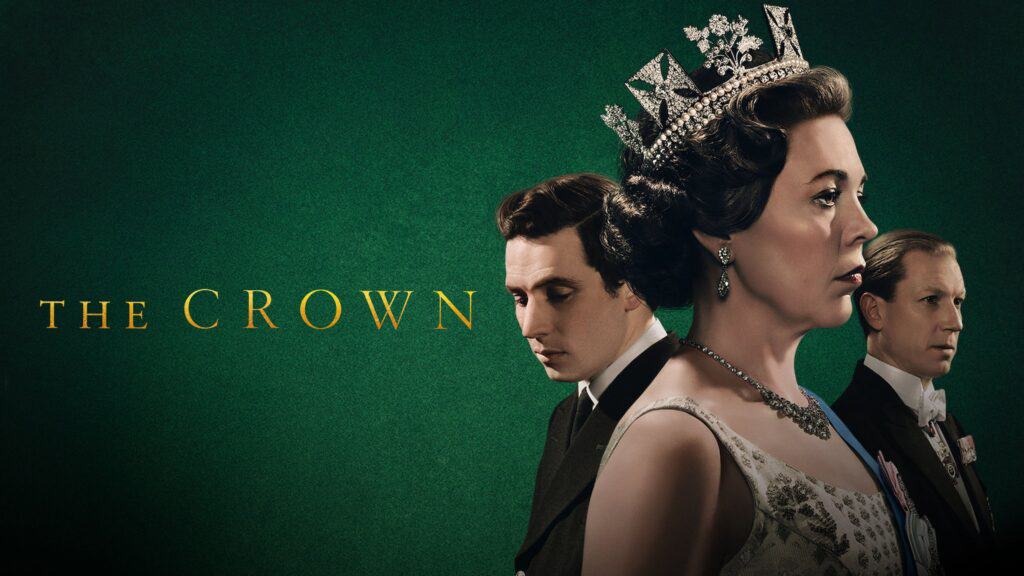 The Crown follows a young Queen Elizabeth II as she faces the daunting job of leading the world’s most famous monarchy. Interestingly, the show actually takes a lot of ques real historical events. Peter Morgan, the show’s creator, reportedly conducts extensive research to present the Queen’s story “with daring frankness.”

This TV show is based on a play called The Audience. 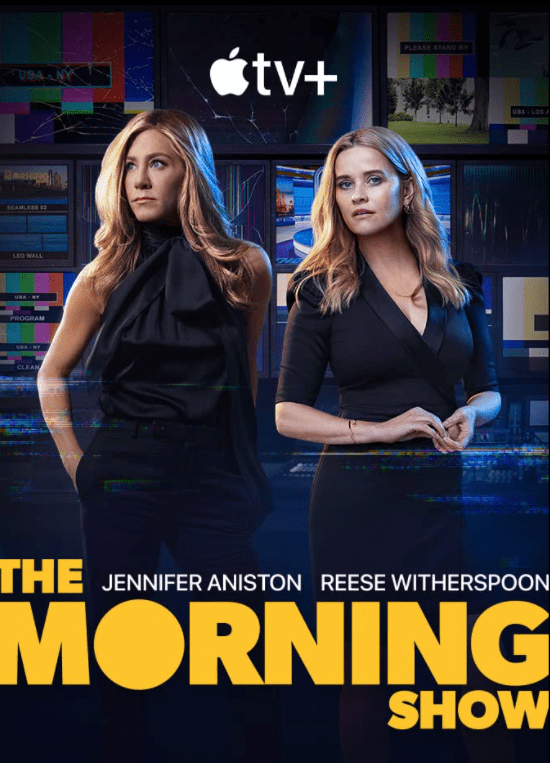 The Morning Show features two major stars: Jennifer Aniston and Reese Witherspoon — and both of them make more than $2 million per episode.

Those salaries alone are enough to make The Morning Show an expensive series, but other production costs bring the total budget to an estimated $15 million per episode.

As a drama series, The Morning Show provides “An inside look” at the lives of two morning show anchors, exploring the challenges and unique situations faced by the people who run morning TV.

Series stars Jennifer Aniston and Reese Witherspoon are both executive producers for The Morning Show — which means they earn a separate salary beyond their earnings for acting. 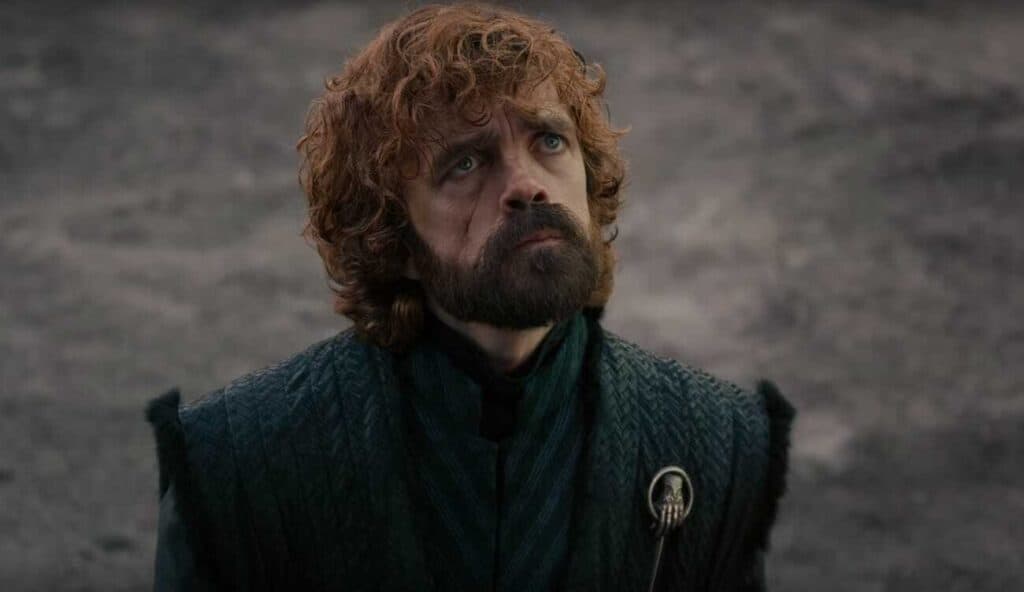 The sprawling final season of HBO’s Game of Thrones cost a mind-bending $15 million per episode. Interestingly, the show’s earlier seasons were nearly $10 million cheaper per episode, costing just about $6 million a pop.

Unlike some TV shows, many episodes of Game of Thrones are as long as a feature-length film. Longer runtimes mean higher budgets. The show’s special effects probably played a big role in boosting the price too.

Season six of Game of Thrones probably cost $10 million per episode — but the season’s intense episode titled “Battle of the Bastards” probably cost way more according to Business Insider. 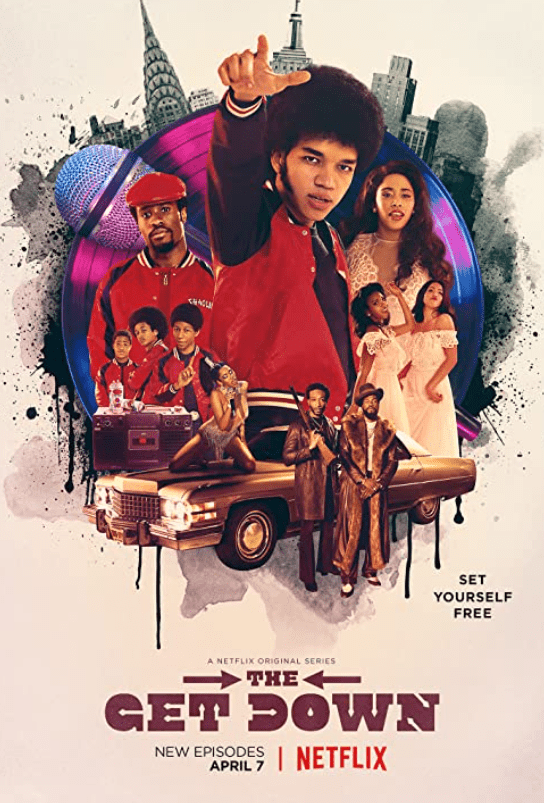 In 2016, Netflix released The Get Down — a collaboration between two Oscar-winners, a Pulitzer-winning playwright, expert hip-hop historians, and iconic rappers like Nas. With all that talent driving the series, it’s no surprise that The Get Down was an expensive endeavor. After negotiations with Netflix, the show ended up with a price tag of $16 million per episode.

The Get Down was nominated for eight awards and won five, including placement in the AAFCA’s list of the top 10 best TV shows of 2016. 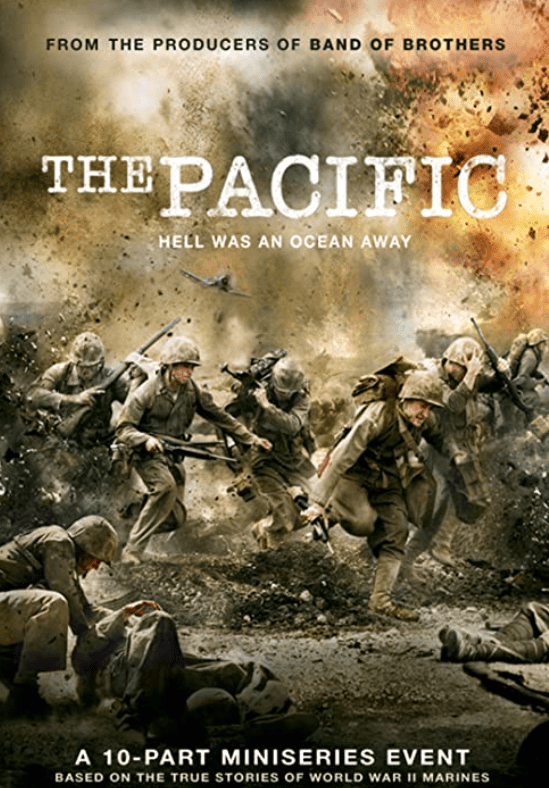 The Pacific is an HBO miniseries that debuted in March 2010. According to HBO, the show tells the true stories of three Marines deployed in the Pacific theater during World War II.

Despite running just 10 episdoes long, The Pacific managed to rack up a budget of about $217 million — that’s more than $21 million per episode.

So what did all the money go towards? It’s hard to track such a massive production, but reports say some of that cash purchased 50,000 rounds of blank ammunition (a.k.a. prop bullets), 3,000 military uniforms made from 215,000 square feet of fabric, special effects including 20 massive explosions, and much more.

Camerawork was a major part of The Pacific’s budget. In fact, some individual shots cost as much as $70,000. 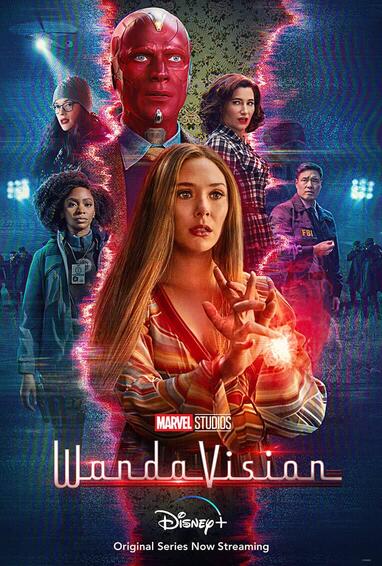 WandaVision is the most expensive TV show.

Marvel is no stranger to expensive projects. The studio’s box office hit Avengers: Age of Ultron had an estimated budget of $365 million while Spider-Man: No Way Home cost a whopping $200 million.

Those projects were expensive, but they’re feature-length films that took years to produce. That’s why WandaVision’s estimated budget is so wild. Considering each episode runs just about 30 minutes, the show’s estimated budget of $25 million per episode is hard to wrap your mind around.

Although WandaVision takes the crown for most expensive TV show, reports say other Marvel-based TV shows on Disney+ also have sky-high budgets. Falcon and the Winter Soldier reportedly costs up to $25 million per episode, as does Hawkeye.

8 Most Expensive Refrigerators in the Market Today

10 of the Most Expensive Men’s Colognes in the Market